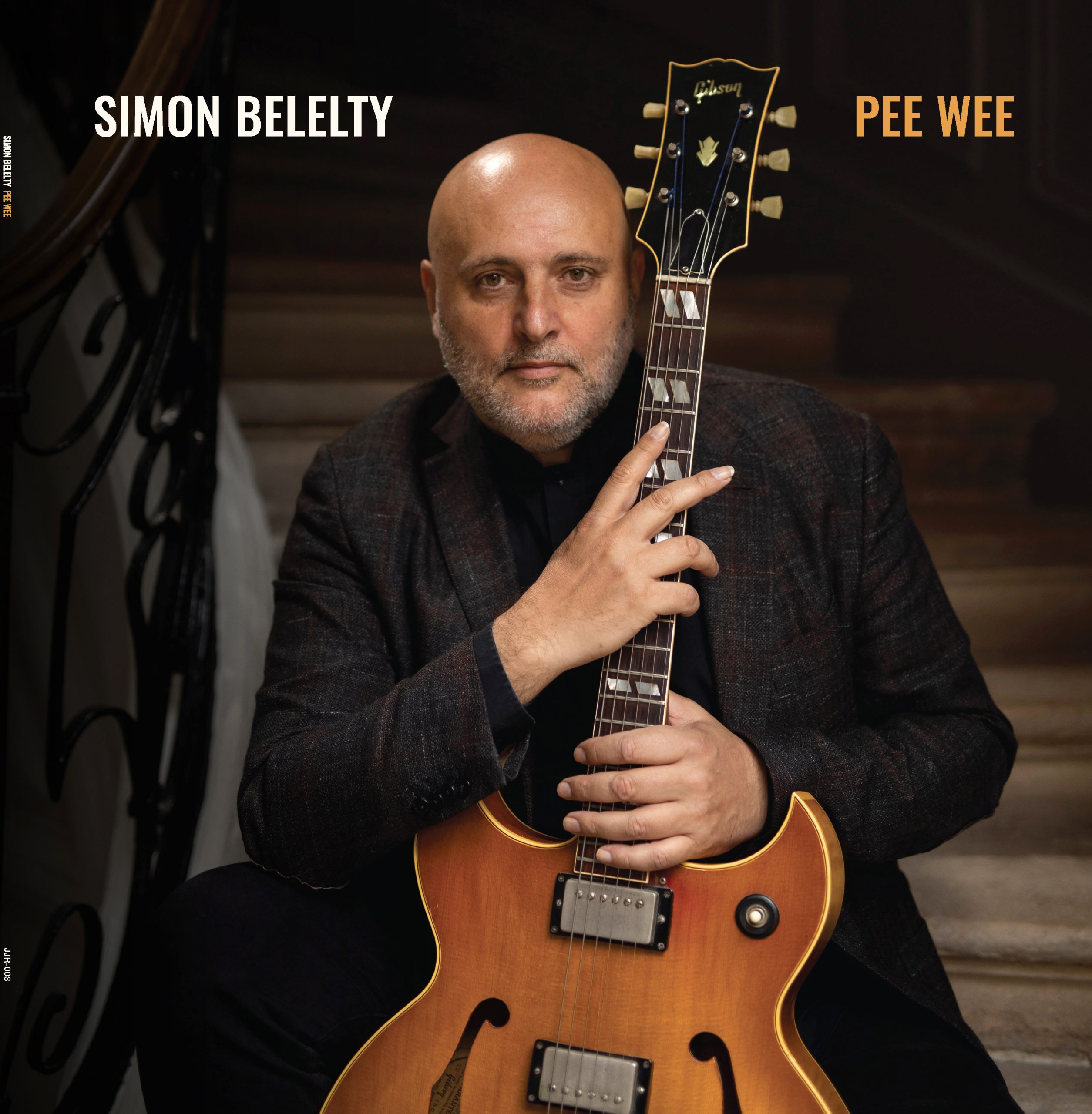 Guitarist, arranger and Jojo Records’ founder Simon Belelty presents Pee Wee, a masterful display capturing thoughtful melody and the unique beauty of each moment, due out October 28, 2022 via Jojo Records

Guitarist Simon Belelty is no stranger to the music scene, with nearly thirty years as a professional arranger, sideman and producer under his belt. Equally as important, Belelty’s performance experience over these years has imparted upon him a deeply intertwined link between the beauty of life and the development of a musician’s unique voice. His latest result is Pee Wee, a sonic haven with a kindness and authenticity listeners never knew they needed, due out October 28, 2022 on Jojo Records.

Belelty’s deep love for jazz began in his childhood home in Jerusalem. His father, jazz drummer Jojo Belelty, would share his vinyl records with his family as well as the contagious joy the records brought him. Jojo Records, the label Simon Belelty founded, is named after his father and seeks to continue the tradition of spreading the wonder and delight his father brought to others through jazz. The ebullient spirit of Belelty’s father is undeniably carried forward with Pee Wee, an album born from Belelty’s happiness as he contemplated music. “The melodies on this album were in my heart long before I was able to put a finger on them,” Belelty says. “That energy was a part of me for some period.”

Pee Wee is, in many ways, a tribute to the ability a melody has to convey a moment’s emotional integrity. As an arranger, Belelty knows this truth intimately: his writings act as vehicles for melodies, generously moving across a path toward the human heart. Whether freely soaring or subtly whispering, the melodies on Pee Wee and their unique, organic presentation are what set this record apart in the most truthful and intimate of ways. “A lot of these melodies have stuck with me since I was 15 years old,” Belelty says. “Sometimes you feel ideas and melodies, but they’re not strong enough to transmit to someone else. I try to put them on paper and see them clearly enough so I can explain it to others.”

Beyond framing, Belelty emphasizes how his musical company on such a recording can make a dramatic impact on the creation and execution of the melody. Kirk Lightsey in fact, a long-standing collaborator of Belelty’s and featured pianist on Pee Wee, was the first to introduce the bandleader to his title track, “Pee Wee.” [Lightsey] played this song all across his career in many formations and this is, for me, one of the songs that represents him more than a lot of other tunes,” Belelty says. “I really wanted to use this opportunity to have Kirk on my record, to play this song with him.”

The album’s title is derived from much of the same reasoning the title track was included on the record, as a tribute to friendship, and as a tribute to the composer behind it, Tony Williams. “This particular tune sounds very melodic and easy, but it’s not so easy,” Belelty says. “It’s like the way Tony Williams plays – when he plays it seems easy but it’s not really.” The music on this album, and the concept behind it, falls into a similar category. While the tunes are easily recognizable, it is the authentic presentation of the music that none other than master craftsmen could have achieved. For Belelty, the melody of “Pee Wee” is one that blends emotions in a complex manner. This emotional maturity is reflected throughout the album. “This song is one I deeply love, and I feel good – but also sad – when I hear it. Good and sad are not always opposites – certainly not in music,” says Belelty. “So it’s a sad song, with an optimistic flavor. This is the reason I chose it for the record.”

In addition to the title track, Pee Wee showcases Belelty’s distinctive arranging style across seven other tunes, some of which are more well-known, while others less commonly performed. Of the former stands the renowned Wayne Shorter tracks “Witch Hunt” and “United”. Both tunes were rearranged by Belelty for a tour with Kirk Lightsey and the late great Jerry Gonzalez, in memory of whom Belelty’s band recorded the tracks. “The songs from that tour feel like home for me,” Belelty expresses. “I feel it was nice for us to play them again.” Thad Jones’ “Lady Luck,” a tune Belelty regularly performs live, has remained a theme in his musical life since the age of 14, and consequently makes an appearance on this recording. The album finishes off with “Never Let Me Go”, a sonic experiment the band had not previously rehearsed together. “It was perfect so we decided to put it in,” Belelty comments.

Pee Wee features a distinguished cast of Simon Belelty (guitar), Kirk Lightsey (piano), Jason Brown (drums), Gilles Naturel (bass), Asaf Yuria (soprano and tenor saxophones) and Josh Evans (trumpet). Special guests John Betsch (drums) and Darryl Hall (bass) arrive on tracks 3 and 4, stepping in for Brown and Naturel momentarily to augment the specificity of Belelty’s vision for each tune. “It’s the communication and the understanding of each individual musician that makes a unique sound. These tunes were chosen specifically with these musicians in mind.”

A subtle and handcrafted display of the brilliance of emotion, Pee Wee is a portrait of both sound and silence, an illustration that stretches beyond ideas and into the depths of shape and feeling. A musical statement with a warm embrace, Pee Wee is an immeasurable display of esteemed musicianship, detailed by the essence that forms and defines humanity itself.