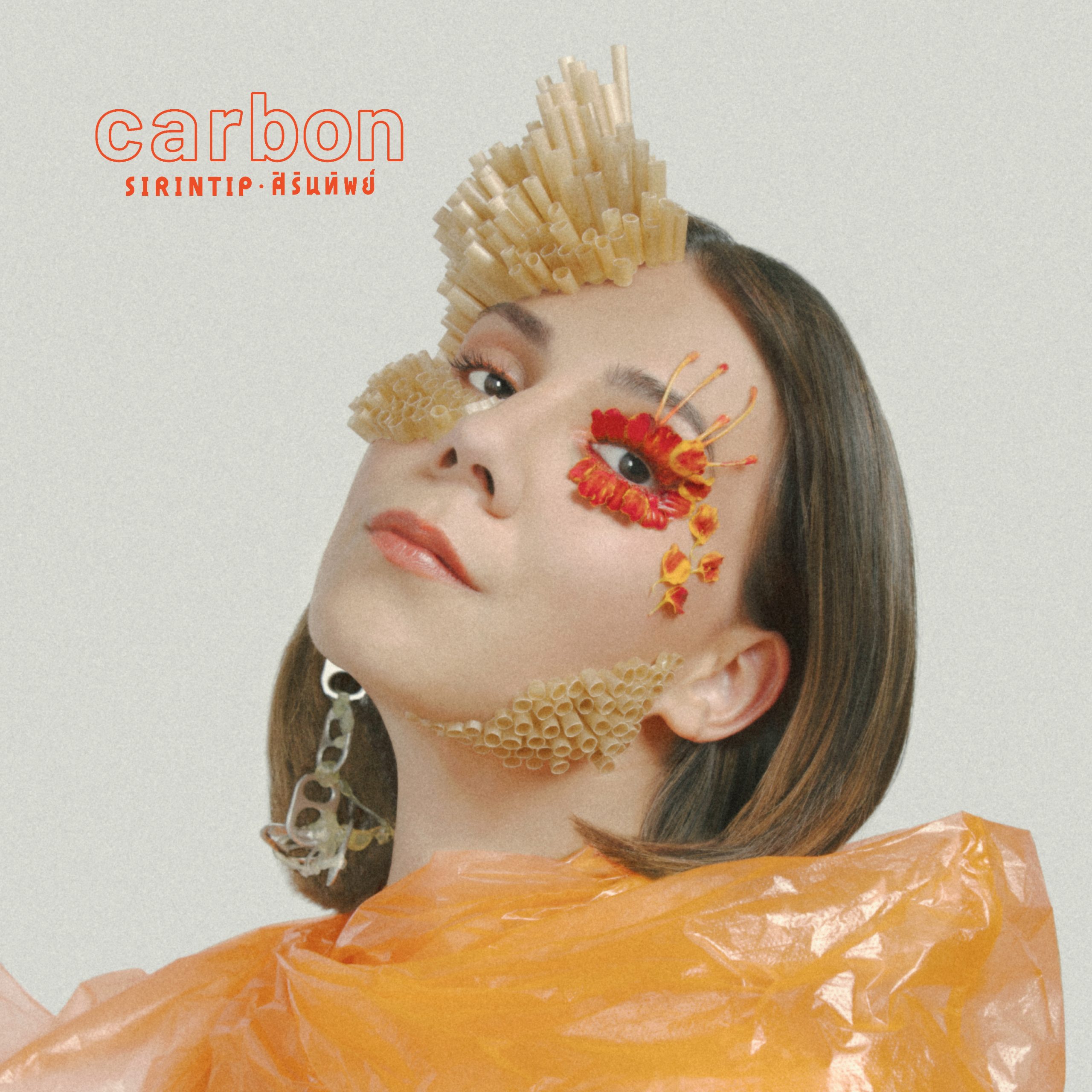 Acclaimed singer and composer Sirintip releases ambitious new project serving as an appeal for climate action; carbon to be released on October 14, 2022 (Ropeadope)

After three years of climate research and patient self-discovery, Bangkok-born singer, producer and multi-modal artist Sirintip issues her sophomore release, carbon. Weary from headlines that preach and scold, the internationally acclaimed composer of Thai Swedish descent sought a new method of engagement. carbon, to be released on October 14, 2022 via Ropeadope, presents thirteen tracks of original music as an invitational gesture, an appeal for a new kind of conversation around climate action.

“I didn’t want the project to be preaching, ‘You’re not good enough,’” says the Manhattan based artist. “That’s what the news does. So I thought, ‘What if I don’t put the message in the lyrics? What if I compose it into the music? Then maybe people — including me — might become more curious to learn new ways for us to interact with our planet.’”

carbon would emerge as ambitious and interdisciplinary, bonding visual art and moving image, as well as audio-visual installation. For the music video release of “plastic bird,” Sirintip received funding from New York Foundation for the Arts, in addition to project support she’s received from Swedish Arts Council, STIM, Lower Manhattan Cultural Council, and Sitka Center for Art and Ecology. Borrowing from the tradition of hip hop, the record features a number of found instruments, including plastic water jugs transformed into percussion, processed recordings from backyard wildlife, even sand. “I’ve always been interested in nature and science,” says the 2015 Monk Competition finalist, who ultimately chose to pursue music over neurosurgery. “I think I’ve been working on this project subconsciously for a very long time.”

Communicating urgent messaging in so subtle a way would require musical contributions from empathetic, visionary artists. Sirintip, who has toured with Snarky Puppy and performed with Benny Andersson of ABBA, assembled a band of fresh voices, including Michael League on bass; Chris McQueen (“aqi,” “hydrogen,” “i cannot escape,” “red eyes,” “unspoken gold”) and engineer and GRAMMY Award-winning producer Nic Hard (“hydrogen”) on guitar; Nolan Byrd on drums, plastic trash and programming; Daniel Migdal on violin and viola (“hostage); Alex Hahn on flute (“plastic bird”); Owen Broder on baritone saxophone (“unspoken gold”); and pianist Kengchakaj Kengkarnka who helped integrate elements of Sirintip’s Thai heritage into the music. “During the pandemic, he figured out how to incorporate traditional 14-tone Thai tuning into the Moog synthesizer,” she says.

The artists spent nine days at Manifold Recording Studios in North Carolina, taking full advantage of its carbon neutral solar-powered atmosphere and location. “I like when I can live in a studio,” says Sirintip. “At Manifold, we lived in a guest house and worked from 9 or 10am until 2 or 3 in the morning.” During that time, they repurposed a parmesan container as a kick drum and shaker, collected handfuls of sand from a neighboring construction site and fitted the studio’s backyard with recording devices to capture crickets at twilight. “You can turn anything into music. It doesn’t need to be a musical instrument for you to be able to make music with it.”

Music heavily informed by research often features a mathematical expression as a vessel for artists to develop patterned ideas and improvise. But carbon presents a suite of music through which science elevates Sirintip’s lyrical musicianship. Her compositions breathe. With purpose, they intensify. Her ability to communicate through shifting mood chambers and crystalline soundscapes transports listeners to points of sensory and emotion, at once vast and intimate.

Two of carbon’s data-driven songs, “1.5” and “aqi,” integrate statistics into blossoming, melodious gestures. Inspired by information from sonic data app Twotone, “1.5” expresses the planet’s steady ongoing rise in temperature, pulling NASA data from 1880 through 2012. “It felt too obvious to me to portray the temperature steadily increasing the way it looks on the diagram,” says Sirintip. Instead of composing within the linear increase, she identified different years that felt significant to her, exploring what each “sounded like,” and anchored her composition around those selections. “aqi” engages an entirely different system for sonifying data: “I decided to look at the data from another perspective: the worse the air pollution, the more dissonant the interval; the better, the more harmonious.” The song feature’s Kengkarnka’s Thai scale-tuned Moog, as well as samples of traditional หมอลำ (Mor lam) singing. Ending in a cloud of “reverb fog,” the music pays tribute to many Thai women whom Sirintip considers circumscribed and desiring to break free from the norms society imposes on them. “It’s like they’re living their lives in the smog that hovers over the city,” she says. “They’re only able to see what those in power allow them to see; when you can’t see what else is out there, how can you break free from where you are?”

Because she views carbon as a call to action for herself as much as her listeners, Sirintip centers self-disclosure throughout the recording. Lyrics for “it’s alright” emerged from text messages between the artist and her best friend who passed away tragically at 28. “The song’s connection to climate change is in the plastics instrumentation,” says Sirintip, “but the message is more universal: We don’t need to be perfect.”

This messaging, in part, is what the artist-composer hopes listeners will receive from engaging with carbon. “Climate change is something that affects everyone. It shouldn’t need to be ‘activist’ work,” says Sirintip, who seeks to release the project while creating as minimal impact as possible. She recently performed a solar powered concert this summer, and is currently researching strategies for touring more sustainably: “It’s hard to be perfect. We don’t currently have the infrastructure for all of us to live like Greta. But trying is so much better than giving up. Everything counts — understanding our personal carbon footprint so we can limit them, even something as simple as deleting 10 emails and off-loading the servers from powering information that we don’t need. That’s what I’m trying to remember every day, and what I’m hoping to inspire others to consider when they hear this recording.”