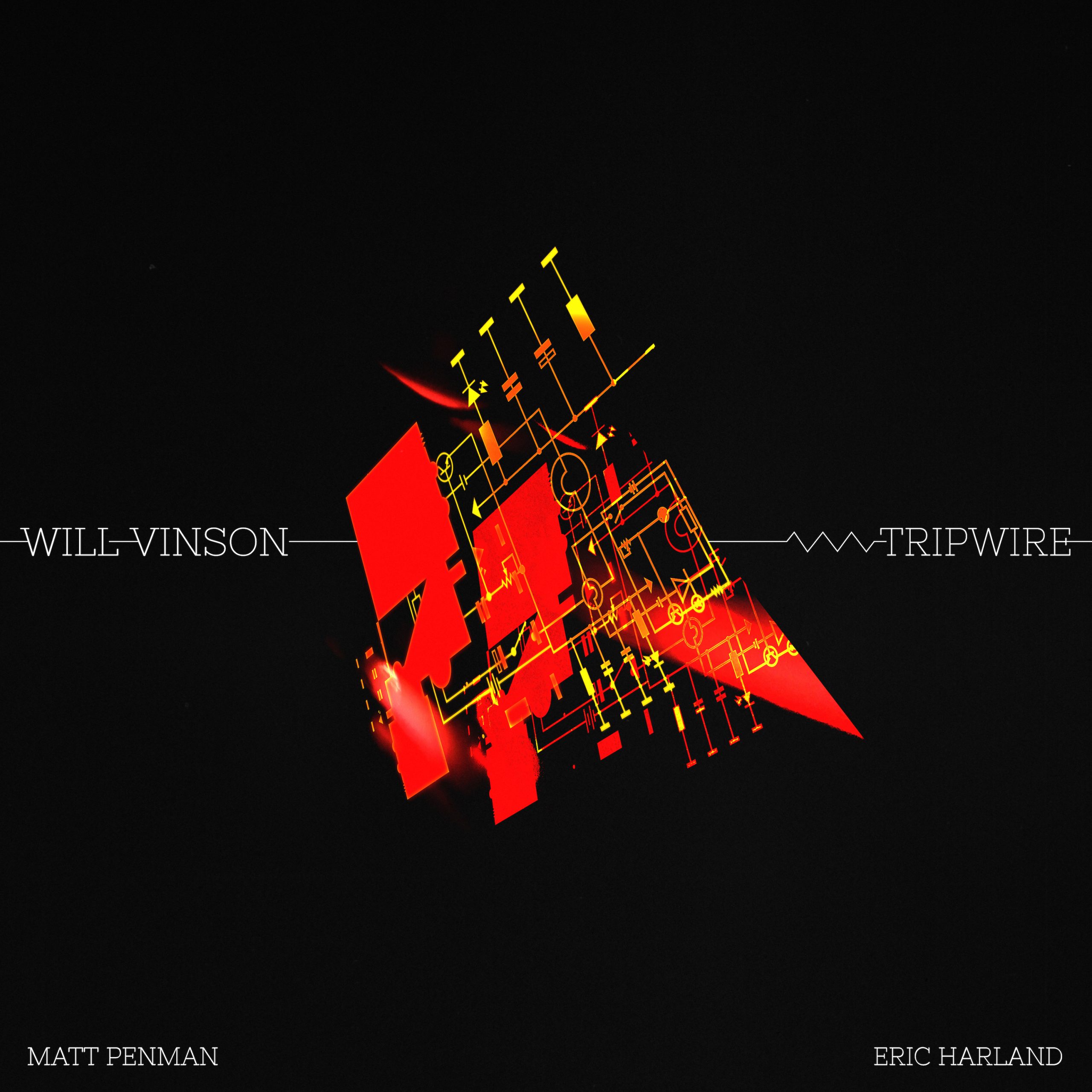 Saxophonist and Composer Will Vinson Presents ‘Tripwire’ due out September 16, 2022 via Whirlwind Recordings

Whirlwind Recordings is proud to announce the September 16, 2022 release of Tripwire, the latest album from saxophonist and composer Will Vinson that was recorded in just one day. Realizing a long-held ambition to record a cordless trio album, Vinson is joined here by bassist Matt Penman, one of today’s most adventurous bass players, and drummer Eric Harland, known for his impressive work with the world’s jazz luminaries.

Special guest tenor saxophonist Melissa Aldana also joins for two tracks. The record captures the energy of returning to the studio and playing for the first time since the Covid-Pandemic lockdowns, and further cements Vinson’s reputation as a virtuosic risk-taking leader. Tripwire is the third Whirlwind Recordings release from Vinson, following his 2020 release Four Forty One and collaborative album TRIO GRANDE with Antonio Sanchez and Gilad Hekselman.

Tripwire documents a special session that Vinson wanted to keep loose: “I wanted to get together and try to do that thing that as jazz musicians we do so much, which is to collaborate freely on material. Very often when it comes to recording, everything becomes a bit more focused and a bit more preordained and structured, I just wanted to do something finally that had the spirit of freedom and the risk of collapse,” he explains.

Title track ‘Tripwire’ opens the record. A Vinson original, it’s based around a blues form with a triplet undercurrent and a strong anchoring bassline. There’s a kinetic trippy energy to the song that sets the rest of the album up perfectly. ‘Blue And Sentimental’ is an old favorite of Vinson’s that he wanted to lay down here in a different format. Employing a bluesy vocal sax tone, Vinson demonstrates the beauty of his instrument and how effective the chord-less line-up can be.

‘Things’ is a freewheeling interpretation of ‘All The Things You Are’ featuring guest Melissa Aldana. The extended intro is an out of time exploratory improv between the two sax giants, “I think we get to some great places,” says Vinson, “I wanted us to play freely, but also polyphonically, and to think of ourselves as two parts in an ensemble providing the harmony through the melodies that we choose to play, kind of independent voices. Other times, we’re essentially shredding.”

Original composition ‘Fable’ stands out and serves as a palette cleanser mid-way through the record. It’s mostly overdubbed, providing experimental textural sax layers and making for a heady listen. ‘For All We Know’ is another favorite tune of Vinson’s and he wanted to record it in a way he hadn’t heard before: ‘I wanted to find different approaches to harmony on an instrument that can only play one note,” he explains. ‘Resting Jazz Face’ is an original composition with tricksy metrics featuring two horns. Vinson and Aldana trade off each other with ease, pushing the other to ever-higher echelons.

Tripwire skillfully brings together Vinson’s vision of freedom and collaboration into a cohesive album that documents the highly charged reunification of musicians, masterfully captured during a one-off recording session.