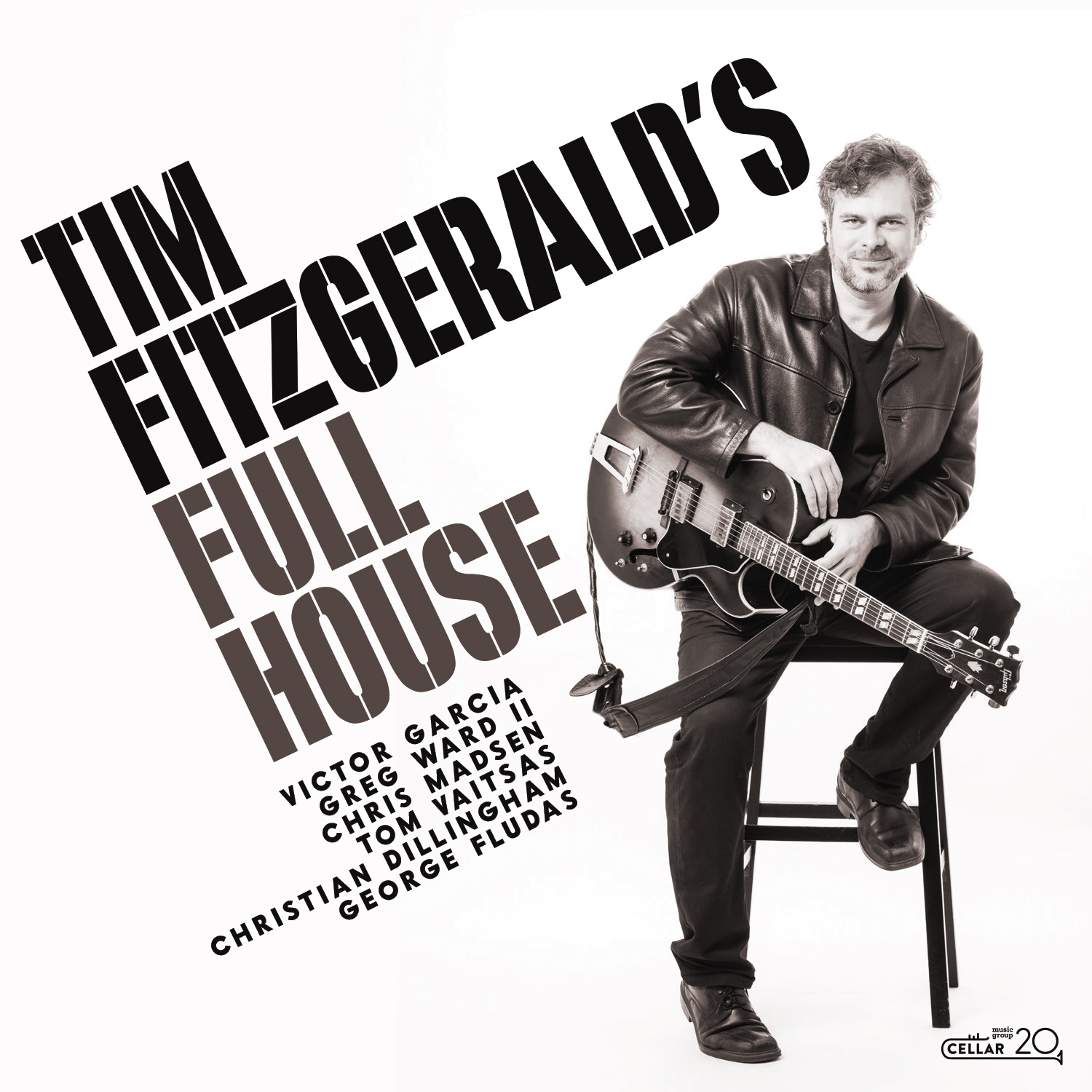 Fitzgerald is a busy Chicago-based guitarist and bandleader, who has performed with Von Freeman, Wycliffe Gordon, Makaya McCraven, Marquis Hill, and Denis Charles in a wide array of projects, including the Tim Fitzgerald Quartet, which performs Fitzgerald’s own compositions, and the music of soul-jazz greats like Dr. Lonnie Smith. But this record represents Fitzgerald’s lifelong passion: the guitar playing of Wes Montgomery.

The influence of the American jazz guitarist was a formative one for a young Fitzgerald. “I remember the first time I saw the footage of Wes, a shaky VHS tape of his BBC performance on Jazz 625,” Fitzgerald explains. “I already loved Wes’ music, but when I saw him playing those soulful and sophisticated lines while smiling over his shoulder at his bandmates, I was hooked for life.”

And for more than twenty years, Fitzgerald has engaged in detailed study of Montgomery’s stylish, sensitive and idiosyncratic guitar playing. His dedicated research has produced a variety of projects, including 2009’s 625 Alive: The Wes Montgomery BBC Performance Transcribed, a meticulous book of transcriptions, interviews and corrective scholarship that looked to set the record straight regarding Montgomery’s work on film.

Montgomery also inspired Full House, a group founded in 2015 with a repertory mission, that borrows its name from one of Montgomery’s compositions (and the 1962 Montgomery leader date of the same name). Drummer George Fludas represents a direct connection to Montgomery as a former sideman with Wes’ brother Buddy, as well as with Montgomery’s organist, Mel Rhyne. Since its inception, the band has commanded packed audiences on multiple residencies and dates in and around Chicago.

Eventually, the decision was made to record the septet, but the impetus still carries a dedication to Montgomery’s oeuvre. “This record is a love letter to Wes,” says Fitzgerald. “And, inspired by his example, it’s a launching point for my own musical explorations.” Full House opens with the sprightly, expanded “S.O.S.”, one of the original tracks on Montgomery’s 1962 album. Crisp and brisk, there’s acres of space for busy solos from Fitzgerald, Garcia and Madsen. “Four on Six” is tight and jaunty to its criss-crossing core, forming a rocky and unpredictable bedrock that Fitzgerald’s dexterous soloing traverses with ease. “Far Wes” is the name of a reissue of 1958 Montgomery Brothers album Montgomeryland; a definite head-bopper featuring a selection of attractive soli-like figures that encapsulates that ‘little big band’ feeling that characterizes the album. “Cariba” is a lightly grooving Latin number, “Jingles” a fiery swinger, and “Mr Walker” a punchy straight-8 groover full of attitude, that appears on Montgomery’s classic album The Incredible Jazz Guitar of Wes Montgomery (which exemplified his distinctive thumb picking and octave-focused style).

There’s a lot of love put into these arrangements, perhaps nowhere more than in “Fried Pies” with its smile-inducing soli lines that take inspiration from Montgomery’s individual sound, turning the crux of Montgomery’s ideas and twisting them inventively into new musical statements. “While We’re Young” offers a chance for mellow introspection, the full-chorused arrangement creating a short, tender hymn. “Twisted Blues” jolts us out of that melancholy (featuring the searching bass soloing of Christian Dillingham), as Fitzgerald unwraps another journeying solo. And where else to end than with Montgomery’s signature tune “West Coast Blues”, arranged with panache by Garcia and Fitzgerald and performed with a flourish by the ensemble.

Fitzgerald concludes. “I knew I didn’t want to sound like Wes — not that I ever could! But I knew I wanted to get close to his music and eventually to take that inspiration and do my own thing.” That’s certainly the sound of the record – a well-studied group who use Montgomery’s legacy as a jumping-off point for a satisfying musical journey.