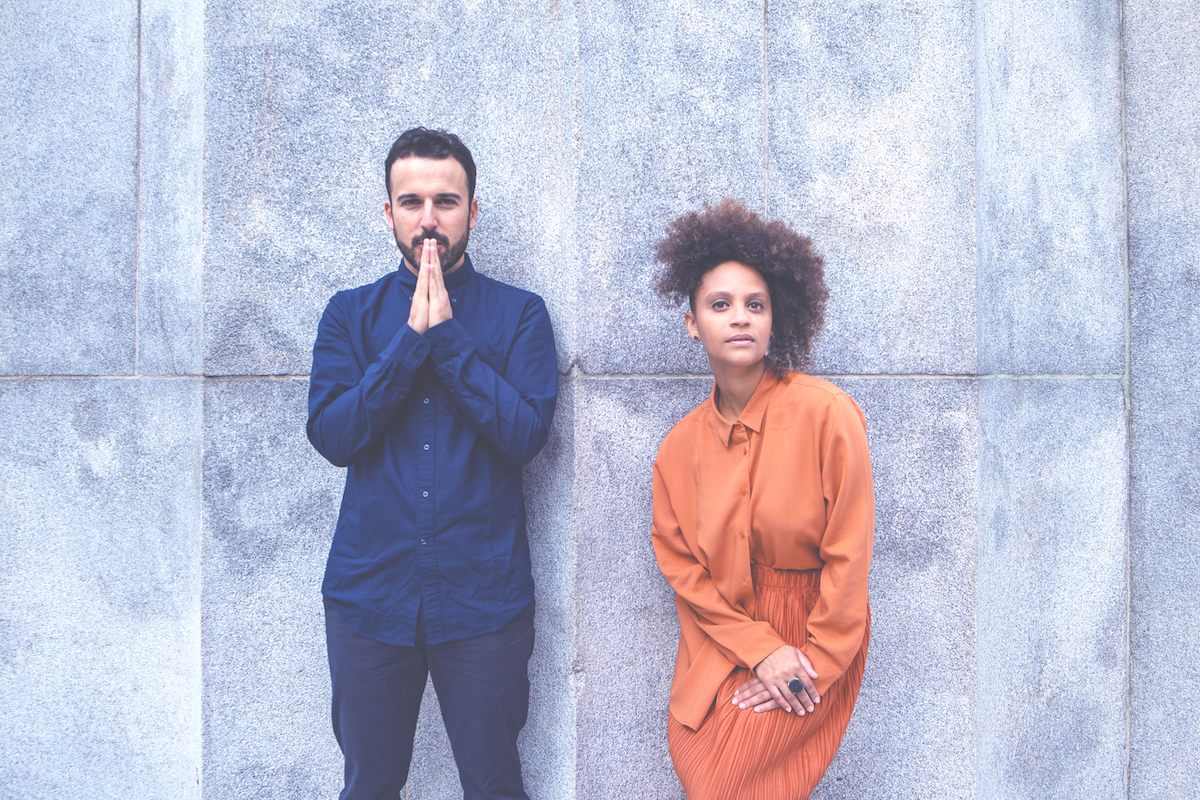 The captivating duo will hit the road this August, presenting sublime original work steeped in jazz harmony, timeless melody and poetic verse that addresses the need for care in the world

“Like lipids, proteins, and nucleic acids combing to make life, these two amazing artists have created something unique that the world has awaited since the beginning. It’s that good,” – Travis Rogers Jr., The Sentinel and Rural News

​​“The interplay between the two on this production is outstanding and the material incredibly refreshing. This is truly a beautiful, poetic and reflective work that feels much needed in these times,” – Glenn Daniels, The Jazz Page

Vocalist Sarah Elizabeth Charles and pianist Jarret Cherner are excited to bring their original duo album, Tone to stages this summer on tour. The accomplished composers, who boast a wealth of artistic resources on their first duo recording, will be touring their homegrown project live for the first time since its release in 2020, with performances slated in New York, Massachusetts and Maine over a four-day run from August 17-20.

Having weathered the brunt of pandemic, and more recently stepped into their new role as parents, Charles and Cherner are thrilled to finally be able to tour their co-written project, which they began recording before the Covid-19 crisis. Assembled over the span of 4-years, Tone was mastered and finalized amidst quarantine in the couple’s Brooklyn apartment, where the studio became a haven for improvisation. “We’re both coming from the jazz tradition, the Black American Music tradition,” Charles says, “so improvising has brought so much to our creative process..It’s an approach that we’ve taken to both writing and recording that feels rooted in the tradition we’re coming from.”

“I find a quiet urgency in Charles’s vocals and a beautiful synergy with Cherner’s piano. It’s an intimate album that has grown on me and I keep uncovering new beauty with every listen,” – Tom Schnabel, KCRW

Between Cherner’s expansive piano harmonies and Charles’ intricate multi-tracked vocal parts and subtly placed echoes and effects, Tone’s sonic space is filled by growing elements. Each song touches on transcendent themes of selfless love and living with purpose and intention. Shaped by eight emotive and richly melodic original compositions, its sound is fittingly intimate and warm, yet dynamic in range.

“With lyrics that promote loving kindness of self and others, the project endeavors to reset the tone of what has been a challenging time for so many of us,” – Keanna Faircloth, WBGO

For more information on Charles and Cherner’s upcoming tour, see the full schedule below with venue-specific information/ticketing.

MORE ABOUT THE ARTISTS

In addition to her “soulfully articulate” (The New York Times) recordings with SCOPE (the acclaimed Red, Inner Dialogue and Free of Form), Sarah Elizabeth Charles performs and collaborates with Yacine Boulares’ world-jazz collective Ajoyo, piano legend George Cables, visionary trumpeter and composer Christian Scott aTunde Adjuah, keyboard master/producer Jesse Fischer (on Fischer’s latest release Resilience) and more. She had a commissioned composition performed at The National Gallery via The Canales Project’s “Hear Her Song” theater initiative. She is also an accomplished educator, as a participant in Carnegie Hall’s Sing Sing Correctional Facility and Future Music Project youth workshops; as developer of an early childhood music education program with the Haiti-based nonprofit Rise2Shine; and as an adjunct professor teaching her self-designed Jazz and Gender course at The New School.

Jarrett Cherner has captivated listeners with his lyricism and technical facility on his trio releases Burgeoning and Expanding Heart, both on his own label BaldHill Records. As a driving force behind the collective quintet Sketches (sketchesmusic.com) he also released Sketches Volume One (BaldHill) and Volume Two (Brooklyn Jazz Underground). At New England Conservatory he studied with Danilo Pérez, Jerry Bergonzi, Frank Carlberg and Michael Cain, among others, and during graduate studies at Manhattan School of Music he studied with Jason Moran, Garry Dial and Dr. J. Mark Stambaugh. An adjunct professor at Franklin & Marshall College in Lancaster, PA, Cherner also teaches through the New York Jazz Academy.