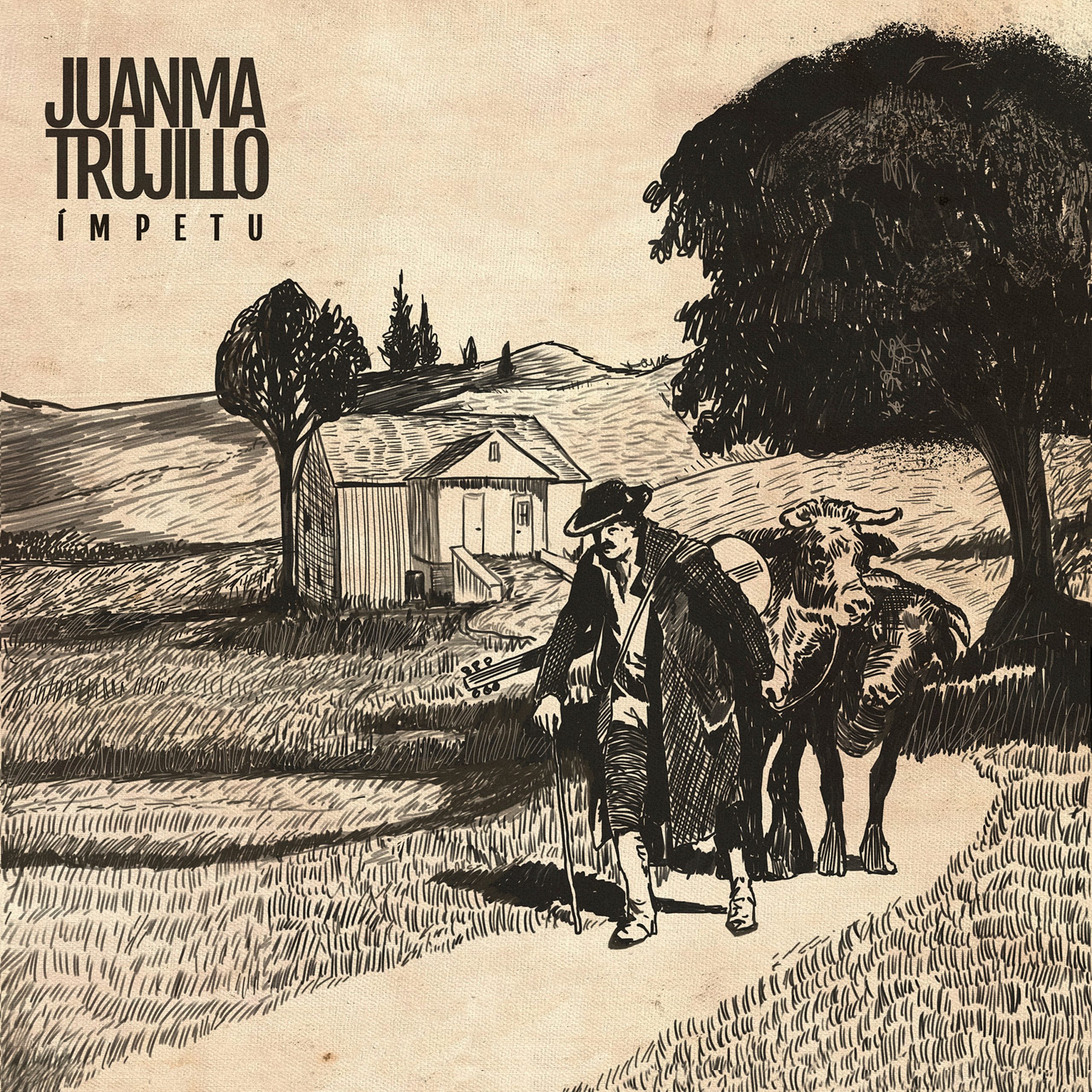 Falcon Gumba Records is thrilled to announce the release of Ímpetu, the latest album from Venezuelan-born, New York-based guitarist and composer Juanma Trujillo. To be released on October 1st 2021, Ímpetu represents an important period of the prolific bandleader’s career. Motivated by the passing of both of his grandfathers, Trujillo takes the listener through a mesmerizing suite of original music on this spell-binding release which features saxophonist Hery Paz, pianist Santiago Leibson and drummer Robin Baytas.

What does music sound like when it remembers and imagines, or when it grieves and consoles? Throughout Ímpetu, Juanma Trujillo meditates on these questions with uncommon delicacy and grace, inviting the listener into an intimate and at times melancholic space. The recent losses of his maternal and paternal grandfathers, Rogerio and Rubito, led him to honor their memories. As two men who did not share the burdens of their experiences openly, they left only the traces of their struggles behind, which Juanma transforms here into a program of serious but unsentimental music.

“Both of my grandfathers were born in Venezuela in the late 1920s which was a period of profound transformation in the country,” explains Trujillo. “For people who grew up in rural areas, like my grandfathers, moving to the capital (Caracas) in pursuit of a better life must really have felt like moving to a different planet. I wanted to write music that would convey that journey and how in some ways mirrors my own journey in life.” The title, Ímpetu, which translates to impetus, was inspired by the strength shown by these two important figures.

For this sophomore release, Trujillo employs the talents of three close peers who play his compositions with effortless grace. Featured on saxophone, bass clarinet and flute is Cuban musician Hery Paz, who is a frequent collaborator of Trujillo’s. Notably, Paz and Trujillo are two-thirds of the MPT trio along with Francisco Mela; their debut album Volume 1 was released on 577 Records earlier this year to wide-spread critical acclaim. “I admire Hery’s capacity to inject lyricism into any musical context. He does it in a very beautiful way in which he never sounds corny”, Trujillo muses. Paz generates a wild intensity playing tenor saxophone on standout tunes “2rs” and “Rosario” while creating thrilling moments as a flutist on “Adaure” and the lyrical duet “Llanto”.

“Occasionally heavy, but with a calculated deftness, the Venezuelan player is equal parts Sonny Sharrock and David Pajo in his daring guitar lines…The guitarist’s playing is totally novel and utterly batshit, yet effortless in its majesty” – Cal Cashin, The Quietus

The Argentinian pianist Santiago Leibson brings an acute approach to the music, adding full orchestral density in the contemplative “La Unión” as well as adding rich textures with the Wurlitzer in “2rs” and “Nieto”. Trujillo notes “As a guitarist, it’s often tricky to play with pianists, but with Santiago, I always feel total comfort and ease in playing how I would normally play while he finds amazing ways to support me that won’t diminish his own role in the music”.

There’s a broad duality in the playing of drummer Robin Baytas, who brings a vigorous intensity to the compositions “2rs” and “Rosario” while almost disappearing into the music as a colorist on “Adaure”. “My music can go to a lot of different places with someone like Robin playing drums,” says Trujillo. “You can entrust him with anything you would want a drummer to do like playing great time or shaping the music dynamically but he can also do so much more. He’s a musician with an expansive mind.”

Throughout, Trujillo plays with deep restraint both on acoustic and electric. “Both of my grandfathers loved the acoustic guitar, all the while I was growing up making louder music playing electric, so I wanted the tunes “Adaure” and “La union”, which are the names of the towns they grew up in, to be played acoustic as a reference to that preference.” Conversely, the compositions that take inspiration from Trujillo’s perspective are played on electric. These musical choices act as a narrative device – they, and grandson are represented as characters in the music.

Within the liner notes, noted saxophonist and composer Kevin Sun writes that “Juanma cherishes that which lingers over the merely captivating or shocking, knowing that, in music as in life, it is more meaningful to affect and to coalesce than to stimulate or to fracture. Ímpetu is a testament to these durable values and to the memories of his grandfathers, and we commune with these artists as we receive this musical tribute, its humility, and its beauty.”

The final track “Llanto” showcases a delicate duet with Trujillo on acoustic guitar and Paz on flute, its reflective mood brings the entire trajectory of the suite to an end on a subdued note. “I’ve always been attracted to unconventional arcs in recordings, the idea is to present the entire document as a cohesive whole, to serve the story I’m trying to tell”. Indeed, Ímpetu features a potent narrative component that’s almost cinematic in scope, while at the same time showcasing the work of a seasoned ensemble that can address myriad aesthetics without losing its identity.

“…Trujillo’s evocative versatility gives this set a calm center even when the music gets stormy” – Jerome Wilson, All About Jazz

Born and raised in Caracas, Venezuela, guitarist Juanma Trujillo has performed with several important Venezuelan bands and artists including El Regaño, Domingo en Llamas, Gustavo Medina, Monsalve y los Forajidos. In 2005, he moved to Los Angeles, California and had the pleasure of performing regularly at major Los Angeles music venues with Gary Fukushima, Gary Pratt, Michael Mull, Brandon Sherman and Emilio Terranova among others. Since moving to New York City in 2014 Juanma has been an active member of the Jazz and Improvised music scene, playing in groups with artists such as Francisco Mela, Ras Moshé, Mimi Jones, Guillermo Gregorio, Nick Grinder, Rebecca Sullivan, Ethan Helm, Leonor Falcón, Juan Pablo Carletti, Christof Knoche,  and Andrew Schiller among others. Juanma’s activity in multiple musical ensembles has enabled him to perform in various  venues all over the world, including Los Angeles, New York, Paris, Venezuela, Austria and Slovenia.

Juanma has positioned himself at the forefront of cutting edge improvisational and experimental creative music. He has the ability to generate emotive and powerful musical statements that transcend the scope of typical structures, analysis, or preconceived systems, and engage not only the ears, but the mind and spirit as well. Because of his boundless curiosity and constant study, he is capable of working comfortably and successfully in many genres of music. His compositions are challenging, clear, cohesive and profound. Juanma continually strives to innovate amongst his contemporaries while also incorporating the mastery of his predecessors into his forward-leaning artistic explorations.