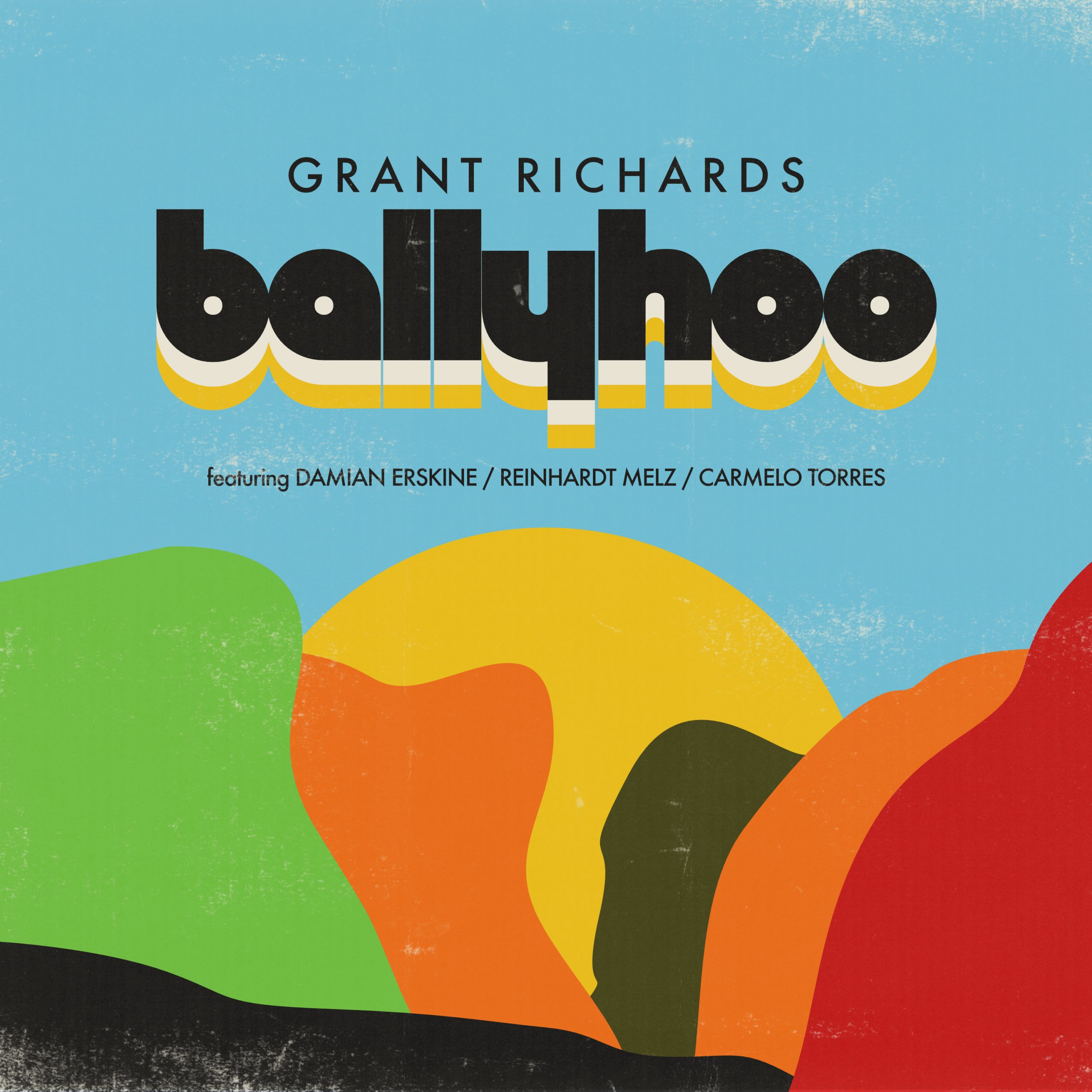 Pianist and composer Grant Richards dives deep into Afro-Cuban tradition with his forward-looking and celebratory new release, Ballyhoo, out on September 24, 2021

Pianist Grant Richards and his steadfast trio of bassist Damian Erskine and drummer Reinhardt Melz are veteran collaborators and musical co-conspirators with over a decade of creative history shared amongst them. Now, Richards – a pianist deeply immersed in bebop and the blues – leads his music in a bold and emergent new direction with Ballyhoo, an Afro-Cuban celebration brought to life by his ensemble and special guest, percussionist Carmelo Torres.

Richards has always found himself drawn to the grooves and soundscapes of Afro-Cuban music. Growing up, albums like The Best of Eddie Palmieri and Danilo Perez’s Motherland were regularly on repeat. With these sounds, rhythms, and the associated energy thereof firmly entrenched in his mind, Richards set out upon the task he’d always longed to do, and began writing an album of original and authentic Afro-Cuban music.

Ballyhoo, the album’s title, derives its name from the emotive and exhilarating nature of the word itself. “Generally, ‘ballyhoo’ is a fun word with a playful sound,” Richards says. “Its connotation of excitement is in keeping with the overall festive, celebratory mood of the album.” The word has three distinct definitions: an act of overexaggerated and attention-garnering talk or action; sensational or flamboyant promotion; and an animated and enthusiastic commotion. In all its definitions, the word has at its core joy, exuberance, and exhilaration. While Richards does acknowledge a mischievous tongue-in-cheek irony in naming the album after this word, at its center Ballyhoo holds these core optimistic and elated values and propels them forwards with a stellar musicianship that leaves a listener enraptured.

The compositions and arrangements featured on Ballyhoo were born over a steady and patient writing process of the past few years that culminated in the summer of 2020.  Richards, like the great jazz composers through history, wrote the music on Ballyhoo not for generic instruments, but for the specific and unique musical personalities of the musicians in his ensemble.  “I’m very proud of these compositions,” Richards says. “[They] came together in a very organic and democratic way, with a great deal of valuable input from all my bandmates.” This “democratic” process refers to the testing and workshopping of tunes during the summer of 2020 when the band had the opportunity to play together and fine tune the compositional cohesion as an ensemble. “I deferred to Reinhardt and Carmelo in many instances to make the rhythmic kicks work better with the groove (we called it ‘clave surgery’),” Richards recalls. “When the three of us would get bogged down working out ideas, Damian — ever the organized, consummate professional — would get us back on track.”

Ballyhoo features eleven original compositions, and two unique arrangements. The album opens with “Bōnenkai,” a festive, jovial piece named after the year-end celebrations in Japan, composed by Richards in honor of his brother, Tim, and for all his friends in the Tokyo scene. “Bōnenkai” is one of the two distinctly straight-ahead Latin pieces on the album, the other being the final track on the album: Richards’s arrangement of the iconic standard, “Secret Love.” This first-and-last organization of the album creates a tasteful bookend effect that envelops Ballyhoo and unifies it as a single work of art. “Two Become One,” the second track on the album, stands as a rich and warm counterbalance to the fiery, up-tempo pieces. An ode to Richards’s own writing process, the name for this piece is derived from his method of playing freely, recording all of it, and sifting through the content for motifs which he could develop into full pieces. “Two Become One” was the result of fusing the content from two different free-playing sessions: the first of which became a repeated melody with subtle variations, in the style of Wayne Shorter’s “Nefertiti,” and the second creating a vehicle for improvisation over vamped figures. “Ballyhoo,” the title track of the album, is soulful and vivacious, grooving and deeply lyrical. “[Ballyhoo] is a good anthem, and a statement of what we are about,” Richards says. Utilizing a melody in a tasteful 7 feel that harkens to pianist Danilo Perez’s similarly asymmetrical clave, and the unique Hartke mute (metal BB pellets nestled and held together in sewn-off fabric) placed upon the piano strings, “Ballyhoo” channels the same playful, overjoyed nature as the album’s title. The matchless “Suite for Bass” is a four-movement suite wherein each movement is aptly named after the four classical elements: water, earth, air, and fire. Initially sketched in 2014 while teaching in New Delhi, Richards revisited this suite with bassist Damian Erskine in mind and what came about was a rich compositional and thematic showcase of prowess for both writer and performer.

Each of the musicians on this recording were hand-picked by Richards not only for their technical mastery, but for their unique perspectives and personas brought to their respective instruments. Drummer Reinhardt Melz is lauded for his insatiable ear for detail and depth of experience in the Afro-Cuban musical tradition. “I’ve learned so much from [Reinhardt],” Richards says. “Reinhardt’s attention to detail and incredible ears, along with his vast knowledge of these rhythmic traditions, were one of the primary factors in making this album happen.” Percussionist Carmelo Torres is praised not only for his virtuosic nature across an uncannily broad spectrum of instruments, but also for his approachable nature and ability to mesh intrinsically with the rhythm section. “Carmelo Torres really took the music to another level,” explains Richards. “He and Reinhardt are brothers and grew up playing together, so the grooves came together in the most organic and natural way.” The electric bassist of the album, Damian Erskine, is applauded by Richards for his incomparable proficiency of both his instrument and the rhythmic construct of time itself. “Damian has always been one of my favorite bassists to play with,” Richards tells. “His laser-like focus and ability to consistently deliver great performances make him an integral part of the group dynamic.” Lastly, Richards regards Sacha Müller, sound engineer for Ballyhoo, as an integral and necessary part of the ensemble, most pertinently showcased on the introduction to the penultimate track, “Space.” “[Sacha’s] an absolute wizard behind the board and was able to clean things up with insane precision and efficiency,” Richards says. “He was also very open and receptive to adding effects and enhancing the sound during the mixing process, which added a whole new dimension to many of the numbers.”

In its essence, Ballyhoo is a joyful and deeply thoughtful celebration of a previously unspoken dream, finally realized in a tangible elation of musicianship, culture, and unbridled wonder. With Ballyhoo, Richards and his ensemble bring the untouchable feeling of collective mirth that comes with true groove, and above all, paint a hopeful outlook to move forward that stands in vibrant, refreshing contrast to the penumbra cast by the previous year.