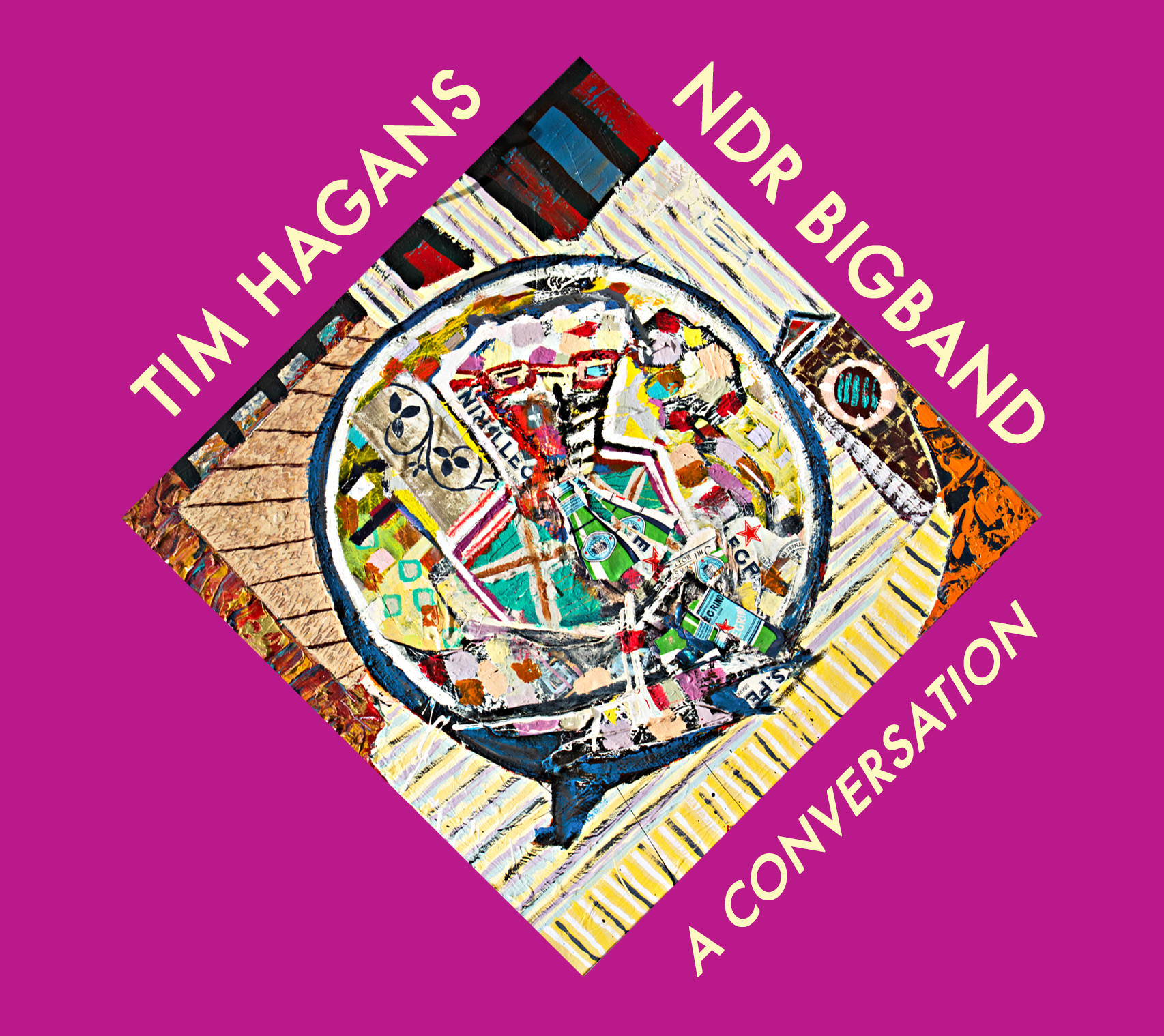 Celebrated Trumpeter and Composer Tim Hagans Announces the Release of A Conversation, Commissioned and Performed by the NDR Bigband,
To Be Released on June 4, 2021 on Waiting Moon Records

3x GRAMMY-nominated composer and trumpeter Tim Hagans is pleased to announce the release of A Conversation, an all-new, original multi-movement concerto performed by the NDR Bigband. On A Conversation, Hagans introduces a musical narrative that is meant to explore, to illuminate, and perhaps, to resolve an exchange of ideas. Hagans’ latest addition to his canon of inventive large ensemble albums will be released on June 4, 2021 via the artist’s own Waiting Moon Records label. A Conversation is Hagans’ 17th recording as a leader, and his fourth recorded collaboration with the NDR Bigband.

Tim Hagans’ illustrious career as a composer began with his tenure performing and recording with the great Thad Jones. “To me, the power of Thad’s writing was that it came directly from his own distinct voice on the trumpet. I remember visiting him in his home. Thad would sit at a table with score paper and his cornet. Those were all the tools he needed to create extraordinary music,” recalls Hagans. It was Jones who encouraged Hagans to write music, and Hagans’ first composition appeared on his Live at Slukefter LP. This propelled Hagans’ career forward; one that includes a 15-year tenure as Artistic Director and Composer-In-Residence for the Norrbotten Big Band, three years as a member of the Stan Kenton Orchestra, six recordings as a leader for the Blue Note label, and fruitful collaborations with such luminaries as Dexter Gordon, Joe Lovano, Bob Belden, Ernie Wilkins as well as with the innovative Michele Brangwen Dance Ensemble.

For two decades, Hagans has collaborated with the NDR Bigband (also known as the Hamburg Radio Jazz Orchestra) in a variety of roles including guest composer, conductor, arranger and soloist. “Part of what excites me about composing and arranging for the great NDR Bigband is to meet the challenge of creating a sophisticated score while at the same time preserving the spontaneity of a trio or a quintet,” says Hagans. On this five-movement exploration, the composer’s musical conception and innovation extends far beyond the physical score – its emotional intrigue and unique overall sound is affected by Hagans’ decision to physically group the musicians not by section as is traditional, but by sonic and emotional divisions – each one of the four ensembles assembled by the composer charged with different objectives. Hagans’ singular and evocative improvisational prowess is portrayed here beautifully throughout the concerto.

“Movement I” of A Conversation introduces audiences to the NDR Bigband’s spirited ensemble sound. Repeated refrains ricochet from ensemble to ensemble with varying degrees of intensity and with increasing harmonic and rhythmic intrigue before the ensemble falls into a groove driven by a piano and bass ostinato. The piece features transportive improvisation from pianist Vladyslav Sendecki. “When I compose, I’m drawing on my own musical voice to create melody and form,” reflects Hagans, adding “…my writing also reflects musical events that happen often in small group settings—tempo changes, free playing, and so forth—and these become expanded to a big band setting.”

“Movement II” begins on a serene note, exploring elements of ambience and gradually descending into cacophony before establishing a pared down central theme. Baritone saxophonist Daniel Buch and bassist Ingmar Heller offer stunning solos in this movement. “Movement III” begins with Sendecki and Heller performing in a duo context, as the piece expands in instrumentation, entropy reigns with discordant refrains echoed by the horns. Tim Hagans with trumpeters Stephen Meinberg and Claus Stötter, saxophonist Peter Bolte and trombonist Stefan Lottermann are all featured soloists on this vibrant selection.

“Movement IV” kicks off with a passionate solo trumpet by Hagans, leading into a stately, deliberate groove. Cleverly executed feel changes underscore improvisation by saxophonist and flutist Fiete Felsch, percussionist Marcio Doctor as well as by the composer. A Conversation’s final piece, “Movement V” begins by painting an idyllic landscape which transitions into a calming duet for Hagans and pianist Sendecki, followed by a driving, bright-tempoed section featuring a solo by trombonist Klaus Heidenreich. The movement concludes by returning to the spirited themes presented in the beginning, bringing the conversation full circle to a questioning close. Hagans notes “Ultimately, I wouldn’t mind if the listener agrees with a quotation I very much like from Guy de Maupassant: “Conversation … What is it? A mystery!”’

More About the NDR Bigband:

Unique among Germany’s radio big bands, the NDR Bigband is a jazz ensemble composed of premier soloists of diverse backgrounds and influences whose collective endeavors coalesce to produce an original and striking group sound for a large ensemble.

After leaving behind traditional radio entertainment, prime-time TV shows and the rest of everyday light music, the ensemble has focused their energies on pursuing creative music. Known to perform various stylistic programs ranging from swing, latin, to avant-garde, the NDR Bigband sounds different on each occasion, yet retains a unifying character that is immediately recognizable.

All music composed and arranged by Tim Hagans