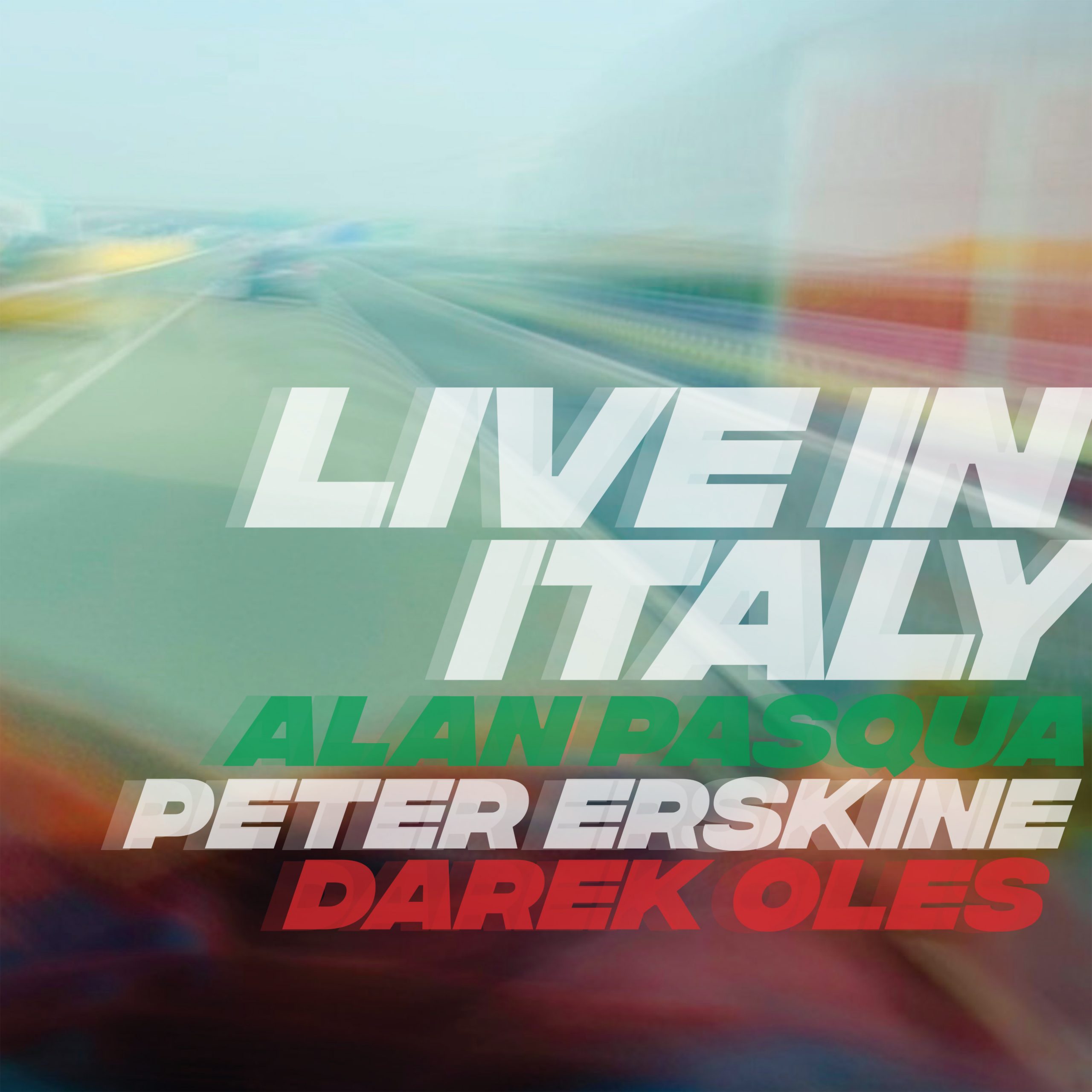 Stream Live in Italy on Spotify

“A treat of swing and interplay..” – Vincent Cotro, Jazz Magazine

“..it’s a good example of Erskine and his other two longtime musicians showcasing their talents in a more traditional jazz trio format that has moments of intensity and joy,” – Tom Henry, Toledo Blade

Erskine released Live in Italy earlier this year in May, and the performance was recorded at a concert engagement in Camogli, Italy on November 19, 2021 following the trio’s two-week Italian tour. Alongside his long-standing trio with Alan Pasqua on keys and Darek Oles on bass, Erskine masterfully shapes the arc of each composition and brings a full set of colors to the evocative works displayed here.

Live in Italy was released via Erskine’s own independent record label, Fuzzy Music, making this recognition all the more impressive. This is the fifth nomination for the label. ““It’s customary to say how humbling an accolade is, but for me this is an empowering moment, an affirmation that the day of the artist-owned label has arrived. That said, it is thrilling to share the same nomination stage with the other honorees,” shares Erskine.

He adds: “I thank all the creative brothers and sisters keeping the music alive, as I thank our team of musicians and engineers: we may only be a trio, but a trio takes a village (plus a good venue and piano tuner). ‘Live in Italy’ is our way of thanking science and the universe for making public concerts possible once more. That so many  GRAMMY® members like what they heard gives me great joy and hope. Bravo to pianist Alan Pasqua and bassist Darek Oles.”

Capturing all of the beauty, nuance and grace of an evening in Camogli, Italy, and reflecting the exhilaration found in playing before a hungry audience in a beautiful concert hall, Live in Italy is a veritable masterclass in interplay and a chance for listeners to immerse themselves in a moment of time. Marked by jubilance, gratitude, wistfulness and deep intention, the performance on Live in Italy feeds off of the tremendous energy of Italian audiences and their bucolic surroundings.

Known for his musical versatility and love of working in contrasting musical contexts, Erskine has been drumming since the age of four. Fifty albums have been released under his name or a co-leader. The drum icon has enjoyed a fruitful career, with appearances on over 700 albums and film scores, and known for playing with legends such as Stan Kenton and Maynard Ferguson Big Bands, Weather Report, Joni Mitchell and Steely Dan, to name a few.

Peter Erskine is proud to be nominated alongside Joshua Redman, Terri Lyne Carrington, Wayne Shorter, and the Yellowjackets.