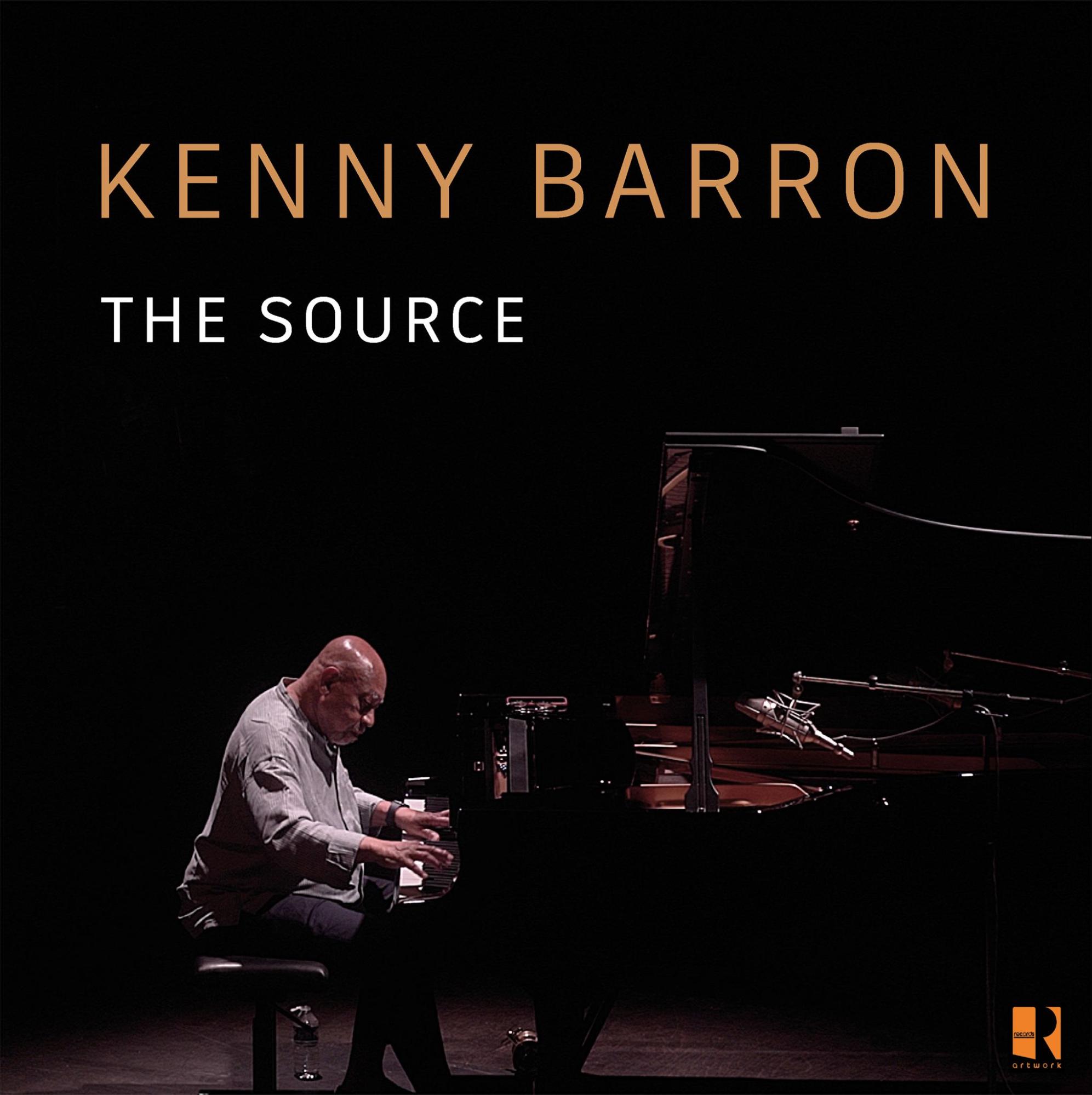 NEA Jazz Master Kenny Barron issues his first solo piano release since 1981. The Source presents a personal expression at its most intentional and most vulnerable. He relies solely on the music and the moment to guide his exploration. Returning to four original compositions and five enduring tunes, he creates new pathways through familiar forms. Each song, however orchestrated and tempoed, becomes an intimate gesture. The Source will be released on January 20, 2023 via Artwork Records.

The Source abandons pretense. In stretching out — at times, settling his solo performance nerves — Barron transmits truth. Over the years, he’s allowed the record’s nine selections — each reflecting a poignant turn in his development and a vivid memory — to move rapidly or evolve slowly, in different directions. And while their interpretation may change from one performance to the next, sometimes moment to moment, his approach persists. “To be able to move somebody, to me, is the highest compliment.”

The Source proffers an expansion of Barron’s live expression. He pays the simplest melodies nuanced attention, romancing dissonance for the sweetest sounds. He gives listeners permission to let go, providing an anchor of motion from one section to the next. But perhaps most intrinsic to Barron’s sound, after so many years, is its humanness. He plays through uncertainty, translates strength and frailty, and remains at once present and reflective.

“Playing solo is still nerve-racking,” says Barron. “After the first song, it usually goes away. It’s the initial feeling of sitting down alone. You realize there’s no one else to cover you if you make a mistake. You’re out there by yourself. Which is okay. But it always takes a minute to realize that it’s okay.”

The Source opens out of time and with conviction. First appearing as the title track of his 1986 recording, “What If?” provides beauty and rub, and a reimagining of a bass line borrowed from Hasaan Ibn Ali. When the bass line dissipates into the fluidity of the tune, his exploration intensifies: “I viewed that bass line as a vessel for freedom. From there, I could go in almost any direction.” When he first heard Johnny Hodges solo on “Isfahan,” and before he ever recorded it with Sphere, Barron knew he would play the tune for the rest of his life. “I love that song,” he says. Tenderness unfurls across his introduction before the music settles into an invitational tempo that allows the artist to take his time phrase to phrase; in true Ellington/Strayhorn reverence, he makes a distinct statement at every chorus. A more recent addition to his repertoire, by way of Benny Green, Thelonious Monk’s “Teo” captures an invention of Barron’s sound at once playful and profound — in equal measure. “The music offers you a lot of space. You can take it anywhere.”

Barron stretches his signature lyricism into every corner of Billy Strayhorn’s “Daydream,” a song he first remembers hearing on Andy Bey’s Ballads, Blues & Bey. His introduction to “I’m Confessin’” arrived during a Philadelphia hit with Philly Joe Jones. Paul Chambers called the tune. “I must have made a face, and Philly Joe said, ‘It ain’t gonna be no drag.’ And it wasn’t.” The Source features Barron’s second solo piano studio recording of “Dolores Street SF,” first recorded on his 1982 release Spiral. Melodic and contemplative, his playing moves in and out of time through the music, and his dynamic choices serve what is, at times, a wistful and melancholic gesture.

“There’s always a Monk song on every record I do,” says Barron. Typically, he plays “Well You Needn’t” in conversation with longtime trio-mate, drummer Johnathan Blake. His solo interpretation of the composition reflects its duo history with Blake. “I hear him in my head,” says Barron. “He has such great ideas. He makes me play in a different way.” One of Barron’s many compositions that have been recorded by his peers, “Sunshower” emerged during a soundcheck. Its haunting and resonant syncopation continues providing fresh material for Barron to explore. “It’s just a fun song to play,” he says. Once upon a time, Barron had the inclination to compose a tune in the spirit of Ornette Coleman. “It didn’t work out,” he says, “but something else happened.” Since he first recorded “Phantoms” with his quintet in 1986, the song has been in heavy rotation during his live performances. “It’s not what I originally had in mind, but I’m very happy with the results.”

More than 40 years after his last solo piano release, The Source shares a fresh translation of a long held truth in Barron’s artistry: “You’re always your most critical peer. You always hear what you missed, what you didn’t play right. But the listener can’t react to what your intentions are. They can only react to what they hear. If you’re connecting with them on an emotional level, that’s what matters.”