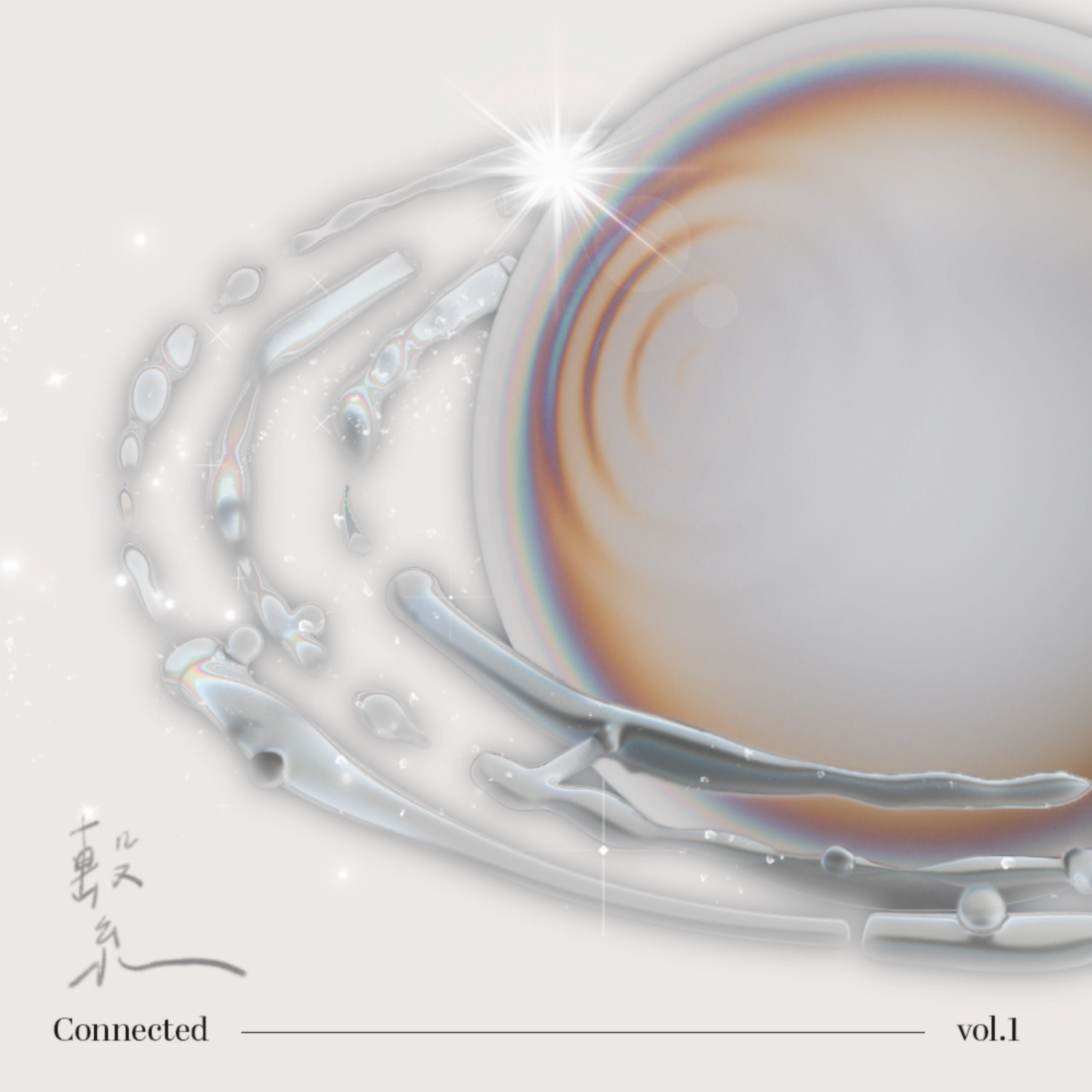 Jazz-funk bass extraordinaire Richie Goods and in-demand vibraphonist Chien Chien Lu are expanding their collaborative musical relationship with the upcoming release of Connected, a multi-dimensional, riveting conversation constructed around unity. While offering imagery of love and peace, frequent collaborators Goods and Lu present a dynamic landmark contextualizing unwarranted violence against African American and Asian communities. While bridging the gap between their respective backgrounds, the pair cements their synergistic harmonic sensibilities with the release of Connected, due out January 13, 2023.

After practicing, writing, and eventually hosting livestream concerts together during the pandemic quarantine, Lu and Goods decided to work together more extensively. With the help of a small grant from NewMusicUSA, the two musicians were able to fund a full-length project.

The pair cites their shared love for groovy music as the impetus of their bonafide creative connection. “Our work together has been the most natural and organic thing I have done in my career,” Goods remarks. The final output is a stunning display of melodic deftness from a thought-provoking and soulful cast of players.

The record commences at the command of guest vocalist Sy Smith with “Water”, effectively washing away distractions from the outside world while Lu establishes herself on a mystical opening solo. Guest keyboardist BIGYUKI creates new and ambient territory on the overwhelmingly buoyant “Embrace the Now” where interplay with Zoto’s mystical guitarscapes guide the listener into surrender. Goods makes a charged solo statement here, grounding himself as a leader while maneuvering listeners through BIGYUKI’s universe.

As a halfway point, “2021 interlude” compliments its precursor tracks, featuring Goods and Lu exclusively while marking Goods’ swap to upright bass. A powerful verbal conversation between the co-leaders overdubs a more melancholic and acoustic musical sound as the two reflect on Asian hate crimes. Matched with Lu’s compassionate anecdotal experience, this duo performance of exclusively vibraphone and bass enhances an intimate moment.

A testament to the power of the record’s namesake, “Rain” links the iconic ‘90s hit from SWV to the roots of its harmonic inspiration: a sample from Jaco Pastorius’ “Portrait of Tracy”. On this chart, Goods plays slowly through the iconic bass melody later augmented by respective and mellow solos from Zoto and Lu. As the groove continues, thunderous and sporadic organ blows from Shedrick Mitchell allow “Rain” to materialize into a calm storm. “Rain Interlude” follows, providing a deeper framework for the inception of this recording.

“Dull Ice Flower” takes its inspiration from a 1989 Taiwanese film based on a novel of the same title. Grappling with social and political issues, the story depicts a talented young artist whose brilliance is not recognized until after he lives. The track confronts this bittersweet tale with full force, offering a powerful and auspicious alternative take. Lil John Roberts and Mike King join the band for an electrifying look at the future.

Taking the Donny Hathaway standard to new heights, “Someday We’ll All Be Free” is perhaps the most resilient piece of the bunch, overflowing with the relief and comfort of guest vocalist Jamison Ross and a solo from Lu evoking a sense of freedom in a humanity void of fear and unhappiness.

Connected closes with “Someday Interlude” providing the didactic point of view of Pastor Adolphus Lacey. Guiding listeners toward an equitable future, Pastor Lacey’s commandement implores listeners to embrace a future world where race, politics, gender identification and religion cease to exist as obstacles. With a closing message so deeply personal to Lu and Goods, Connected is both a chronicle of an ardent creative accord and a vision for a more harmonious future that any listener has the power to conceive.

MORE ABOUT RICHIE GOODS
NY bassist Richie Goods, one of the most versatile and accomplished bass players in the  industry and the youngest person ever inducted into the Pittsburgh Jazz Hall of Fame, came to  prominence while touring and recording with the late Mulgrew Miller and credits him for much of his  success. Richie went on to make a name for himself through recording and touring with a variety of jazz  and popular artists including Sting, The Headhunters, Louis Hayes Lenny White, Milt Jackson, Whitney  Houston, Lisa Fischer, The Manhattan Transfer and Christina Aguilera, Alicia Keys and Common and Chris  Botti. He tours the US and internationally extensively, including notable performances at the Monterrey,  Montreal, Mendocino, Atlanta, Detroit, San Jose, Rochester, and Jakarta Java Jazz Festivals as well as the  Punta del Este International Jazz Festival. Richie, a native Pittsburgher, studied with such luminaries as  Ron Carter and Ray Brown. He received critical acclaim for his multiple recordings, including his 2019  release “My Left Hand Man”, recorded with THE GOODS PROJECT, a self- produced tribute to his mentor Mulgrew Miller, which spent 36 weeks on the JazzWeek charts in 2020.

MORE ABOUT CHIEN CHIEN LU
Chien Chien (Lu) is a vibraphonist, contemporary percussionist, and composer  whose Taiwanese upbringing, classical music education, and passion for R&B grooves crystallize  into a fresh and distinctive approach to contemporary jazz. Chien Chien’s fierce authenticity and  jazz mastery shine bright on her September 2020 debut solo project, The Path, which spent 20  weeks on the Jazz Week Charts Top 20, earned Best Jazz Song in the Golden Indie Music Awards  (GIMA)and three Golden Melody Award nominations, four GIMA nominations and led to her being  named the “vibraphone rising star” in Downbeat Magazine’s 69th Annual Critics Poll. Her band has  also played many prestigious festivals including the Clifford Brown and DC Jazz Festivals. She also toured extensively in Europe, Asia, and the United States. Chien Chien obtained a master’s degree  in classical music and jazz. In 2017 she met jazz trumpeter Jeremy Pelt and was invited to join his  esteemed quintet where she met and began collaborating with Richie Goods.