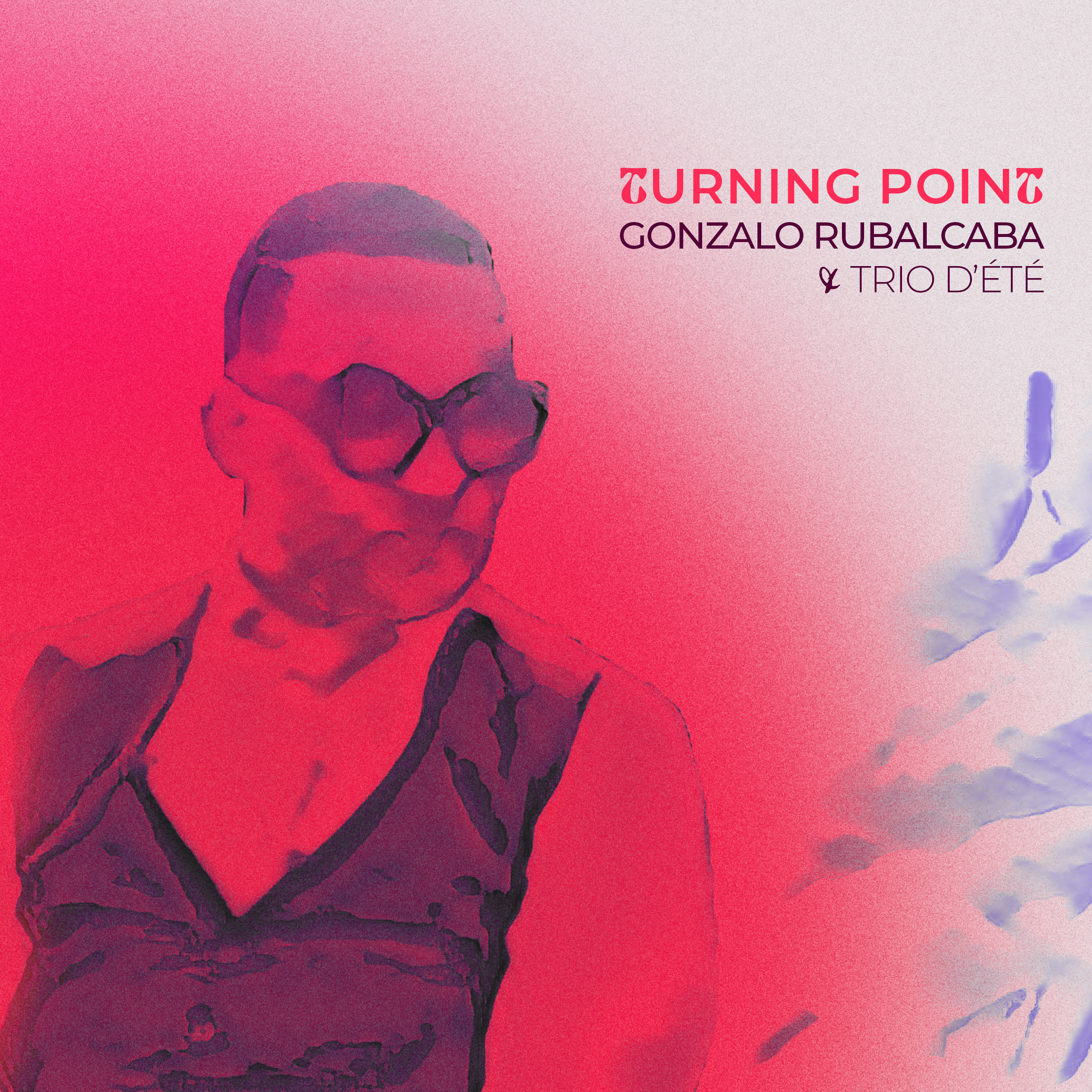 During his 35 years as a recording artist, Gonzalo Rubalcaba has been averse to repeating himself from one album to the next, adhering to a tenet once summarized by Wayne Shorter as “everything that’s happened is a work in progress,” or, as Duke Ellington suavely put it, “my favorite recording is the next one.” Along those lines, in recent years – as on Skyline with Ron Carter and Jack DeJohnette, Rubalcaba has retrospected on earlier experiences, reconsidering the raw materials and approaching them with an attitude of speculative creativity.

Although Rubalcaba has deep roots with both musicians, the Rubalcaba-Brewer-Harland configuration was a new one circa 2018. Turning Point is Brewer’s fifth recording with Rubalcaba since 2007, when he played on Avatar, a quintet session with alto saxophonist Yosvany Terry, trumpeter Michael Rodriguez and drummer Marcus Gilmore on which Rubalcaba premiered “Infantil,” a reimagined version of which opens this album. He’s subsequently performed on 5Passion productions XXI Century, which featured the Rubalcaba’s trio with Brewer and Marcus Gilmore; Suite Caminos, an ancient-to-future evocation of Afro-Yoruba ceremonial; and Charlie, Rubalcaba’s bolero-centric homage to Haden.

Rubalcaba’s maiden voyage with Harland also occurred in 2007, when they joined Chris Potter and Dave Holland in a “Monterey All Stars” unit that toured the U.S. during that summer and recorded one album. Explaining his thinking about their second encounter, Rubalcaba says: “I wanted to do a trio record of original music, based in the language of jazz, not completely straight ahead, but bringing in other elements that are part of my musical memory and my personality as a musician. I thought that Eric could help me rhythmically – his background is not only straight ahead, but also from R&B – he plays drums in a very modern way, which is what I was looking for.

While Skyline was a collaborative effort featuring compositions from Rubalcaba, Carter and DeJohnette, on Turning Point, Rubalcaba takes on a more pivotal role as both composer and producer. “Of course, I put my faith in Eric and Matt, and I wanted them to make that music like this is their music, too. They’re both serious about being up to date and informed about everything happening at the moment, not only here, but different points around the world. They have American music, of course, but also music from India, from Brazil, from Africa, from musicians I don’t know. This is healthy, because you can tell them, ‘this is my idea, and I’d like to have that sound and go in that direction,’ and their level of reference allows them to connect quickly with that idea.”

As an example, Rubalcaba cites his tour de force treatment of the aforementioned “Infantil,” dedicated to guitar legend John McLaughlin, who, he says, “has always had the feeling of someone who has remained fresh and active and curious over so many decades, keeping the attitude of a young rebel.” The structure contains on-a-dime metric modulations from funk to Latin to straight-ahead.

Another highlight is “Otra Mirada (Another Look)” an original bolero that debuted on Supernova (Blue Note), released the same year as Nocturne, for which Rubalcaba convened Nuyorican bass master Carlos Henriquez, then 20, and Cuban drum titan Ignacio Berroa. For Trio D’été, Rubalcaba presents a completely reharmonized treatment, also including different harmonic progressions in the solo section.

“Bolero was everywhere at my house and with my family in Havana,” Rubalcaba says. “For a long time I’ve presented my relationship with the bolero while changing as much as I can harmonically and rhythmically – to look in another way at what bolero is or has been until today. As a style, I think of the bolero as a very European music with a very Latin rhythm section. The melody can be made by an Italian composer from the 18th or 19th century, and harmonies are coming sometimes from jazz music or American music, or even European music in its most classical way. Then the bongos, congas and maracas are behind, changing the rhythmic colors. On ‘Otra Mirada’ if we eliminate the drums and leave only bass and piano, it could easily be chamber music. The drums transform it, take the music in another direction.”

Brewer’s precise, deliberate, resonant tumbao introduces “Ikú” (the Yoruba term for “death” or “la muerte”), whose stately, bittersweet melody Rubalcaba extracted from a chant he’d heard in childhood at funeral ceremonies. Harland sound-paints throughout on mallets. “It appears always in a sad mood when you’ve lost someone or are remembering someone who passed away,” Rubalcaba says of the piece. “At the same time, the melody of the line and the spirit of that music sounds beautiful to me. Everything is in there – the darkness or the bright side, the sweetness and beauty or the sad and nostalgic part. How you appreciate the music depends on the day, the moment you’re living.”

Portions of “The Hard One” sound like two drummers having a conversation. Rubalcaba first recorded it on the 1998 album Inner Voyage, when tenor titan Michael Brecker joined his Jeff Chambers-Ignacio Berroa trio; two years later he revisited it with Henriquez and Berroa on Supernova. In the booklet notes for Inner Voyage Rubalcaba wrote that Chambers kept referring to the piece as “the hard one” during rehearsals for a Japanese tour that preceded the album, and “we decided that the name was appropriate.” He added: “…it’s connected to some of Chick Corea’s work during the early ’80s; I also connect it with the language developed by composers like Berg, Bartok, Stravinsky and Schoenberg.”

He concludes the proceedings with the brisk, playful, interactive, self-descriptively titled “Joy, Joie,” Rubalcaba’s only composition written specifically for Trio d’été. He describes it as an ode to “a spirit that cannot be dark and cannot be down, that’s bright, filled with light. It’s probably the least formally complex piece on the record – two sections, like typical standards in American music, AABA, and then solos, and then the coda. That’s it.”

Volume three of this piano-trio trilogy is intended to showcase “three different trios, different projections, different language, different sounds and different ways to approach the music.” It will be an album of “Latin fusion” featuring “players from Latin culture – not only Cuba.” “My plan is to bring new original compositions for this album, not music I’d already done and want to recompose,” Rubalcaba says. “That will be the challenge.”