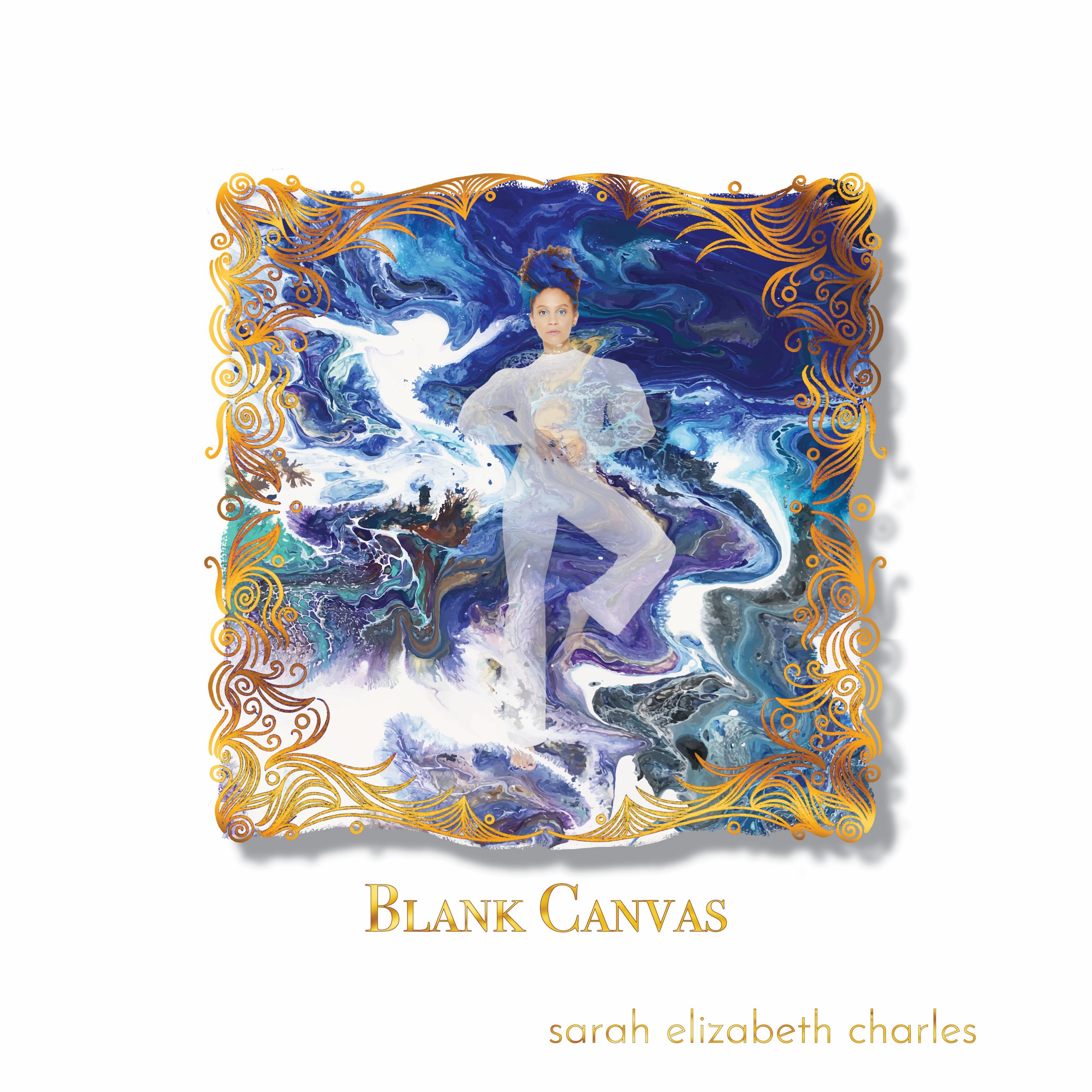 Vocalist-Composer Sarah Elizabeth Charles Looks Toward New Beginnings on Blank Canvas, The Latest From Her Acclaimed Band Scope, due out November 11, 2022 via Stretch Music/Ropeadope Records

Ever since vocalist Sarah Elizabeth Charles debuted her band SCOPE with their first album, Red, in 2012 — following up with Inner Dialogue (2015) and Free of Form (2017) — she’s begun to think of it as more than just a band name. “It’s a way of identifying my creative space,” she says, reflecting on the next step in SCOPE’s collaborative journey: the breathtaking new album Blank Canvas. “I see SCOPE as more mission-oriented and reflective,” she adds. “It’s about seizing the opportunity to do something with your craft, to make an impact and share a perspective. Blank Canvas represents the opportunity to take this a step further; to challenge ourselves to do something differently than before, making the choice to orient yourself in another direction at the exact moment that you might think you’re out of options.” Blank Canvas is due out on November 11, 2022 via Stretch Music/Ropeadope Records.

Based in Brooklyn, Charles has undergone enormous personal and professional growth in the five years since the release of Free of Form, and it’s richly evident in the batch of new material she created for Blank Canvas. In the interim, she has toured and recorded with the vibrant world-jazz ensemble Ajoyo, led by saxophonist Yacine Boulares. She appeared as a featured guest vocalist and co-writer on recent albums by Chief Xian aTunde Adjuah (a.k.a Christian Scott). She made a cathartic duo album, Tone, with pianist Jarrett Cherner. And she appeared on Jesse Fischer’s 2020 release Resilience, furthering a creative relationship that has become increasingly central — so much so that she enlisted Fischer as her co-producer (and additional keyboardist) on Blank Canvas.

There were hard times as well: not just political turmoil and the pandemic, but a miscarriage and the loss of her brother. But Charles also had new life experiences, bringing a son into the world and beginning the incredible journey of motherhood. She shares openly about all of these things in this new collection of material.

For the first time, Charles adds guitar to the SCOPE lineup, welcoming Jordan Peters along with her established cohort of Jesse Elder (keyboards & piano), Burniss Earl Travis II, a.k.a. Boom Bishop (bass) and John Davis (drums). Peters, with his crisp, liquid, often edgy tone, creates another sonic layer and lends a heavier rock element to the distinctive SCOPE sound. Visual artist Laetitia Kaing was creating during the studio sessions as well, spontaneously painting the art that appears in the album packaging and that closely accompanies the musical environment.

From the first reverent, meditative vocal textures of the opening “Guest House Intro” (incorporating a poem by Rumi, translated by Coleman Barks), Charles is in exploration mode, determined to draw deep from the complex emotions she’s been facing. Her imaginative use of effects and vocal layering has long been part of her vision, but Blank Canvas proves to be next-level in that regard.

Chief Xian aTunde Adjuah, whose trumpet and coproduction did so much to shape SCOPE’s earlier releases, returns on Blank Canvas in a smaller but no less striking role: playing the Adjuah Bow, an instrument of his own design, on the tracks “Brother” (co-written by Charles and Adjuah) and “Freedom Day.” The latter, from Max Roach’s iconic 1961 protest album We Insist! Freedom Now Suite, originally featured Abbey Lincoln, whose performance impacted Charles enormously. Here the song is heavily abstracted and reimagined, with atmospheric drums, a striking bass feature and Adjuah’s suggestive pizzicato-like string tones swirling around fragments of Oscar Brown, Jr.’s original lyric.

“Brother” features the Adjuah Bow more explicitly, with a plucked, guitar-like accompaniment to Charles’ mournful, hypnotic recollection of her beloved late sibling, Luke. It’s a bookend to “Out Loud,” a song written for Luke before his passing — previously heard as a duet on Tone, revisited here with the full band to bring a sense of closure.

In the studio and in rehearsals, SCOPE worked assiduously to shape the music together. Jesse Fischer, as co-producer, came onboard after the initial tracking was complete. With a keen intuitive sense of Charles’ artistic priorities and state of mind, he was able to work by her side to extract meaning and bring about the sonic landscape that Blank Canvas required. “This record is a culmination of a spiritual journey I’ve been on for the past five years,” Charles says in conclusion. “It’s an ode to a way of living. It feels so much more ‘off the cliff’ for me, but I needed to put it out in the world, because it’s grounded in this new ‘hi-def’ version of myself.”