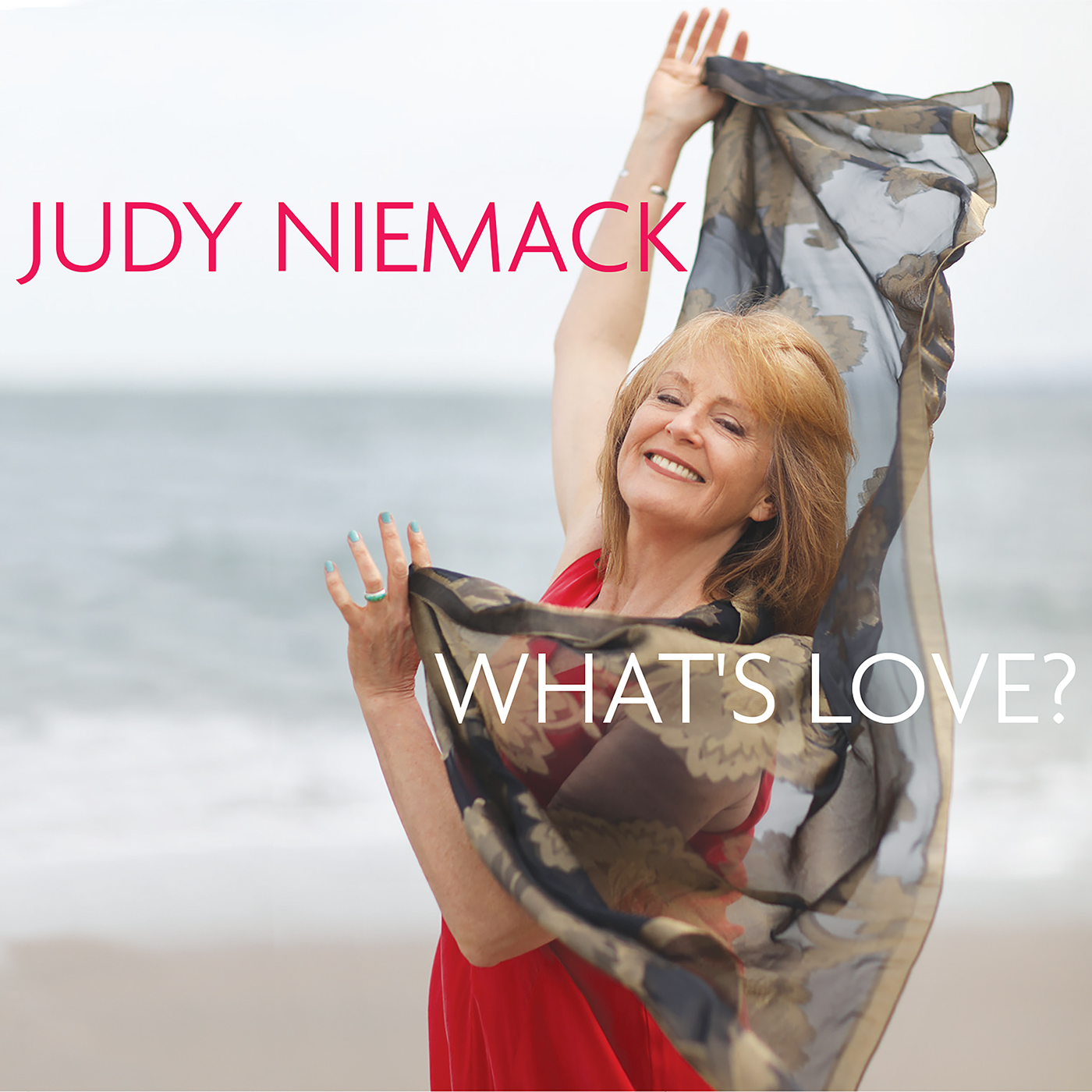 “Her creative odyssey provides a fascinating illustration of the high road to mastery that transcends the limitations of genre…a vocalist of theatrical depth and consummate syllabic invention.” – Downbeat

An exploration of the healing powers of love, What’s Love presents as a musical reconciliation with the boundless, yet relatable, challenges that continually loop through our lives. While conceptually, What’s Love is a beacon of effervescence, its sound is both capricious and exhilarating. Niemack takes to exploring the many varieties of love in her life on each selection, while also seizing an opportunity to explore her vocal range. Her trademark sound — clear, yet warm with a cloudy edge — is softer here. Employing this lower timbre, Niemack is keenly aware of her newfound sense of expression: “I haven’t lost my high notes, but gained lower ones,” she adds.

Niemack is joined among the highest level of jazz musicianship for the affair; What’s Love hosts Peter Bernstein on guitar, Sullivan Fortner on piano, Doug Weiss on bass, Joe Farnsworth on drums and Eric Alexander on alto saxophone.

“This is my view of love which, of course, is unique,” the singer, author and professor shares while discussing her inspiration for the title, which also borrows from her arrangement of the Tina Turner hit, “What’s Love Got To Do With It, a high moment on the date for the leader, who takes a slower and more contemplative approach to Turner’s question.

“Michelangelo famously said that he saw the sculpture hidden in a piece of marble and simply revealed it by taking away the stone, bit by bit. Composing for me is similar— I have a feeling I want to express, which leads to a poem, words, which then are set to music that I discover on the piano. It just comes to me. My songs grow out of emotion.”

An overt lyrical message of moving ahead after loss, the track “I’m Moving On” gives generous space for each band member to contribute solos that grapple with the notion of moving forward, making the track a more gentle and evocative standout off the record. With Bernstein and Fortner at the instrumental helm, Niemack’s gifted scatting is guided effortlessly throughout — “I’ll Love Again” and “Right Here, Right Now” are two examples, where lush instrumentation is met by silken vocal intonations.

While recording at the Van Gelder, Alexander joined the band as a special guest alto saxophonist. He contributes his optimistic original composition “Let Life Lead You.” Though the cheerful message was originally penned ‘Little Lucas,’ a note to Alexander’s son, Niemack was galvanized by its universality. Contributing a new lyric and title, she sings about embracing risk and remaining grateful in moments of opportunity — a key sentiment that prevails across the record.

Highlighting her propensity for articulation and translucence as a songwriter and vocalist, Niemack outrivals herself on What’s Love. A deliberate and tasteful meditation on life’s various chapters, What’s Love captures the essence of a talent with an unrequited passion for the sounds of storytelling. Judy Niemack, through her confident command and glistening vocal range, is inviting us to think about what ‘love’ means, yet by her own seamless and magical invention, once we accept her call, all we really have to do is listen.

Throughout her career, Judy Niemack has accomplished a great deal as a vocalist, educator, lyricist, composer, and an inspiration to younger jazz vocalists. Yet with all that she has done thus far, one gets the impression that the best is yet to come.

At 18 years old, Niemack became tenor-saxophonist Warne Marsh’s first vocal student. She went on to study Opera at New England Conservatory and the Cleveland Institute Of Music. After deciding that her true path lay in improvised music, she returned to the L.A. area to continue intensive studies with Marsh, until moving to New York in 1977. Her first important gig was performing at the Village Vanguard for a week with him. She made her recording debut “By Heart” that year, which documented her association with Marsh and began a new era in her life as a jazz singer.

Starting in the late 1970s, Judy began to write lyrics to previously instrumental pieces, and eventually became the lyricist for songs including Clifford Brown’s “Daahoud,” Thelonious Monk’s “Misterioso,” Bill Evans’ “Interplay, and others by Dexter Gordon, Gigi Gryce, Elmo Hope, Kenny Dorham. Her more recent collaborators include Peter Berrnstein, Eric Alexander, Lee Konitz, Pat Metheny, Bob Brookmeyer, Richie Beirach, Don Grolnick and Mike Stern. One of the driving forces behind her writing is the desire to sing lyrics that are modern and relevant to our time. She has a catalog of 120 published lyrics, and 25 original songs. Judy has recorded thirteen albums as a leader.

Niemack started teaching jazz singing and improvisation in New York City in the late 1970s. She taught at the New School For Jazz, William Patterson University, Long Island University, and New York City College before moving to Europe where she joined the jazz faculties at the Royal Conservatory of Brussels, Antwerp Conservatory and Den Hague in 1992, and in 1995 became the first Professor of Vocal Jazz in Germany, teaching at the Jazz Institut Berlin until 2020. She also headed the vocal department at Musikene Conservatory in San Sebastian, Spain for 13 years. Based in New York City again, she now performs and leads masterclasses throughout the world.