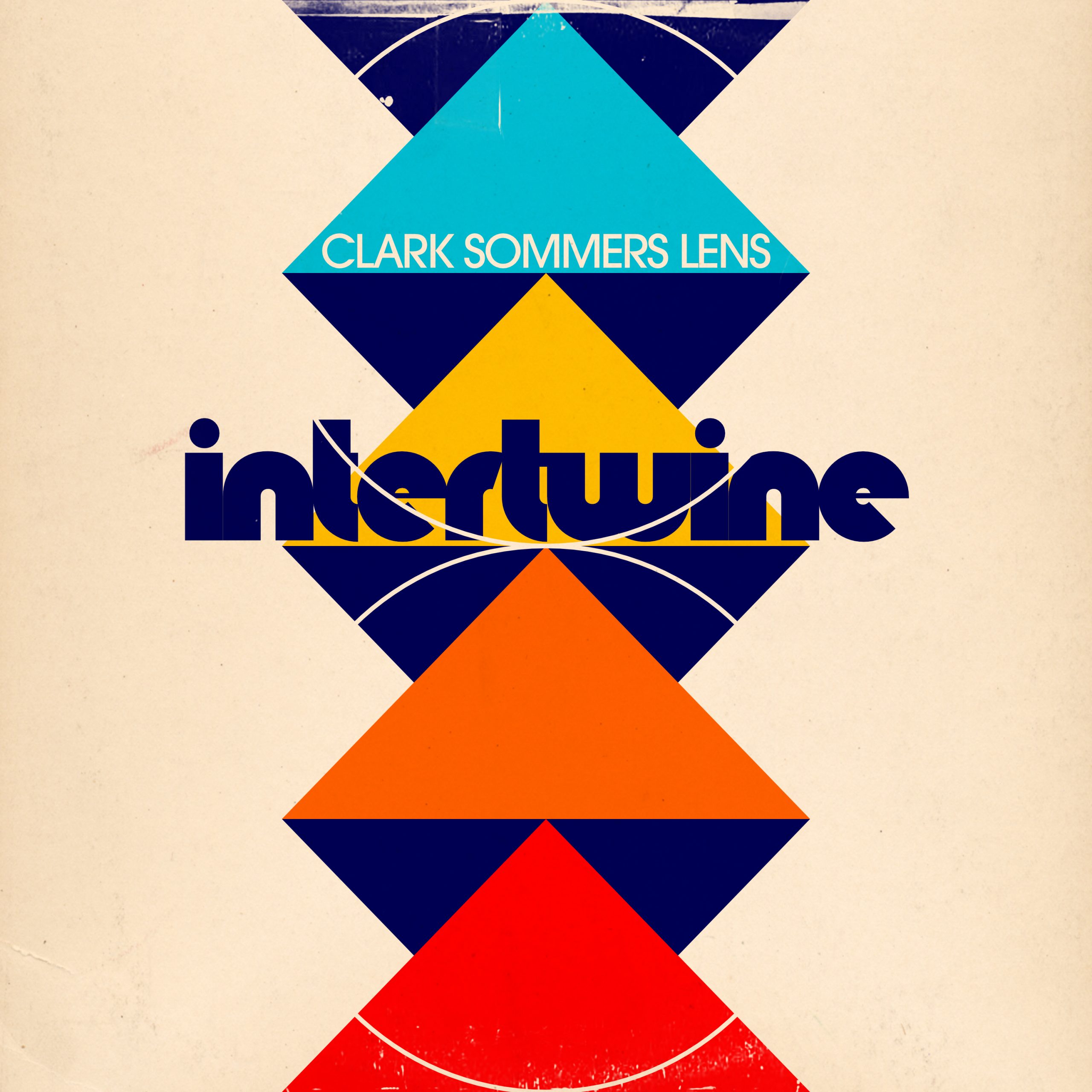 Celebrated Bassist and Composer Clark Sommers Announces the Release of His Electrifying New Album Intertwine with Dynamic New Ensemble Clark Sommers Lens, Out September 16, 2022 on Outside In Music

Outside In Music is pleased to announce the September 16, 2022 release of Intertwine, the electrifying new release from Clark Sommers and the debut of his new 5-piece outfit Clark Sommers Lens. A follow-up to Sommers’ critically acclaimed 2020 release Peninsula, Intertwine captures Sommers’ dynamic compositional style in a new light. The album features guitar as the primary harmonic instrument, and draws inspiration from rock and soul musicians such as Jimi Hendrix, Donny Hathaway, Aretha Franklin, and the Beatles. With a stellar frontline of horn players and a rocksteady rhythm section, Sommers is in great company on this adventurous outing. Alongside Sommers, Intertwine features Chris Madsen on tenor saxophone, Geof Bradfield on bass clarinet, soprano and tenor saxophone, Matt Gold on guitar, and Dana Hall on drums and cymbals.

Met with widespread acclaim, 2020’s Peninsula was recognized by JazzTimes as an album which “resonates with hardcore jazz fans and non-jazz listeners alike.” Intertwine features a fuller instrumentation, filling out the trio of artists present on Peninsula – Sommers, Geof Bradfield and Dana Hall, with an ever-present sonic backdrop provided by guitarist Matt Gold, and the addition of celebrated tenor saxophonist Chris Madsen. Sommers uses this instrumentation to capture a celebration of tight-saxophone harmonies

With this instrumentation, Sommers celebrates Madsen and Bradfield’s complimentary sounds with tight-knit harmonies reminiscent of two birds flying with one another, one seemingly emerging from the shadow of the other creating a cyclical or rather, a mirror image.

The bassist and composer notes “The title intertwine comes from this idea that we need each other. This was made abundantly clear during the pandemic and I wanted to write the melodies based on how they could be perceived as being conversational. Of course Jazz has this conversational element tied into its ethos but I wanted to blur the perception between definitive, single-line melodies and two lines playing simultaneously – in other words, two lines weaving in and out of one another to appear as though they could be 2 soloists playing off of one another, when they are actually two separate, written lines.”

The album’s opening track “Also Tomorrow”, muses on the notion of a brighter world in which we live in a time of genuine healing and reconciliation in the wake of George Floyd’s death. The piece features wonderfully musical solos from both saxophonists as well as drummer Dana Hall. The album continues with “James Marshall” -James Marshall being Jimi’s birth name and is an exploration on “the Hendrix #9 chord” to. Guitarist Matt Gold is featured here, conjuring Hendrix’s musical attitude, combined with his own harmonic conceptions. The horn players play a supporting role throughout Gold’s solo, with musical harmonic jabs and backing figures. Sommers and Hall fall into a tight-pocket groove on this piece, reminding the audience of the tight interplay that can be expected from these two perennial, Chicago-based collaborators. Following truly transcendent saxophone solos, the ensemble simmers down into the melody and ends the piece on the chord that guitarists and Hendrix-enthusiasts alike will recognize.

“Second Guess” strikes a decidedly different chord, harkening back to a Jazz Messengers rhythmic and harmonic aesthetic paired with some modern twists from the brain of Mr. Sommers. Both saxophonists demonstrate their melodic prowess while the stellar rhythm section provides accompaniment reminiscent to the brief but shining moment when Kevin Eubanks introduced guitar to Art Blakey’s Jazz Messengers, and Hall is channeling both the power and nuance of Mr. Blakey himself. Sommers indicates that this composition” implores us to be fully in the moment that we’re in, without too much judgment, anxiety and self-doubt.”

Intertwine is an album that draws influence from the worlds of jazz, rock, R&B and soul, and a particular influence on Sommers was the work of Donny Hathaway. “Weeks and Weeks” in particular draws influence from Hathaway’s sound and, notably, Hathaway’s bassist Willie Weeks for whom the song is titled. The horn players stay in tight harmony throughout the duration of this serene composition. The album’s final track, and title-track “Intertwine” seems to really meditate on Sommers’ notion of the importance of human interconnectedness, a true feeling of resolution emanates from this ensemble piece. “Intertwine” is a truly spectacular demonstration of the divine subtleties that often lie within Sommers’ compositions – his nuanced balance of space and density, and his masterful understanding of melodicism. Sommers utilizes his instrumentation to express his tremendous musical nature, and writes with the rawest of human emotion and experience in mind, and the ensemble truly rises to the occasion. In Sommers own words, “The members of the group brought this music to life in a way that was beyond my imagination.”