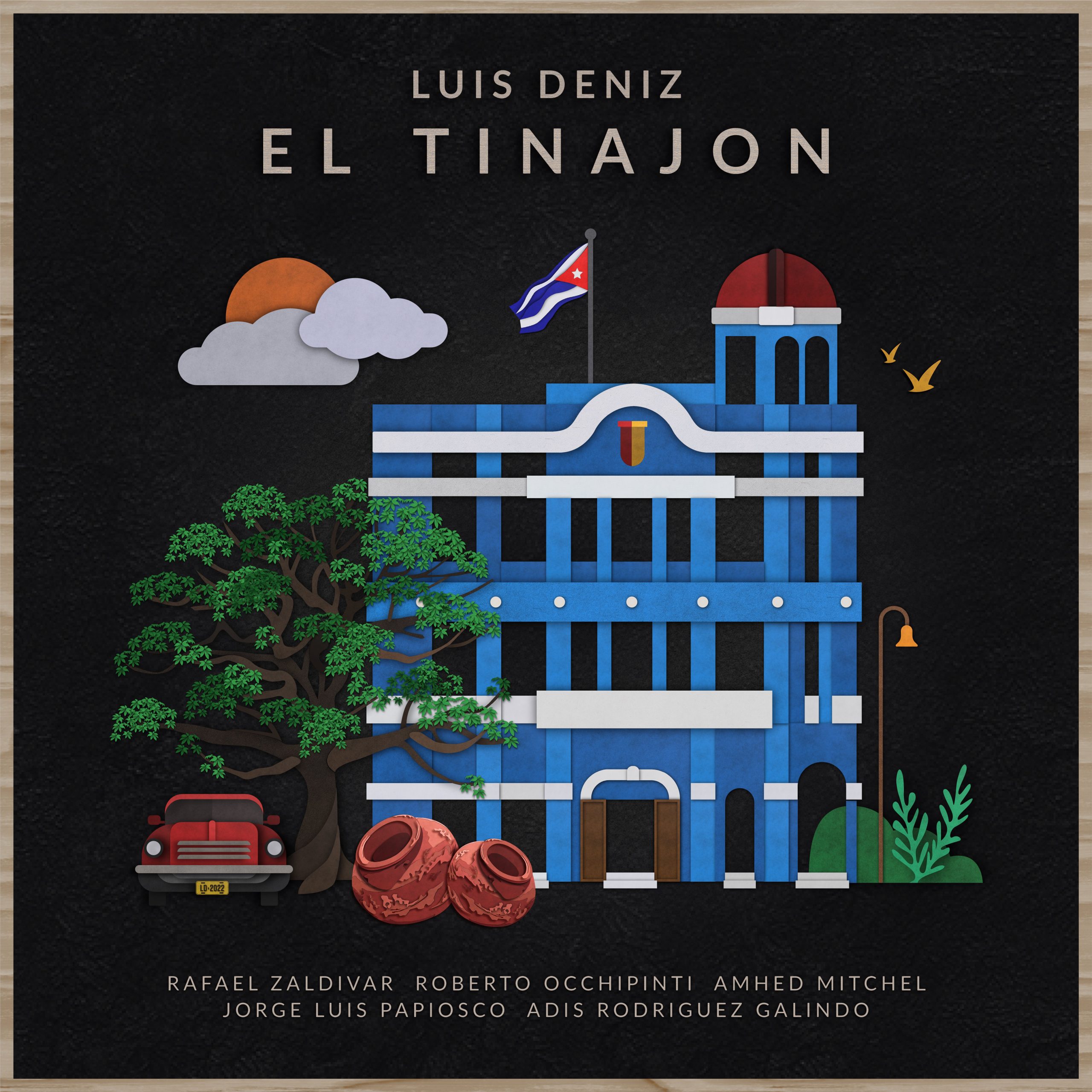 Cuban-born, Toronto-based Saxophonist and Composer Luis Deniz Stuns On His Introspective Debut Release El Tinajón, due out on May 27th, 2022 via Modica Music

Modica Music is proud to announce the May 27, 2022 release of El Tinajón from GRAMMY-nominated and Juno Award-winning saxophonist, composer and educator Luis Deniz. On this tremendously varied debut statement, the Cuban-born bandleader coalesces the rich cultural influences from his upbringing in Camaguey and Florida with his later life move to Canada.

Deniz has maintained an impressive career as a sideman and saxophonist for decades, having performed and recorded among the likes of Barry Harris, Howard Johnson, Randy Brecker, Ray Vega, Donald Harrison and Ingrid Jensen to name a few. He has hosted workshops and performances all over the world, fostering a sound that evidently resonates across borders. Deniz’s aptitude for melding traditions is front and center on El Tinajón, a statement that carries listeners through a wide range of sounds from hard bop to Afro-Cuban.

Over the course of his artistry, Deniz has captured international awards and recognition. In 2003, he took first place at JOJAZZ, an international jazz competition in Havana. In 2006, he won the Grand Prix de Jazz General Motors at the Montreal Jazz Festival. Today, Deniz is a faculty member at Toronto’s prestigious Humber College, and privately instructs large ensembles and individual students.

Wistful, emotionally complex and fashioned with powerful improvisation, El Tinajón, is a profound kickoff for the bandleader as he pays tribute to his beginnings. Central to the recording is the sensation of longing and its relevance to Deniz’s international identity—composed through this recollective lens, Deniz’s compositions parse through his experience emigrating to the West from Cuba.

Deniz reflects: “El Tinajón is the name of a clay pot that was brought to Cuba by the Spanish, in the early 1500s. It was originally used to collect rainwater in the Spanish-style open patios. Not too long after that, the Tinajón became the trademark of the province of Camaguey, an insignia of sorts.” As an immigrant from Cuba, based in Toronto, Canada, the saxophonist felt that this was the most honest introduction he could give of himself and his self-described humble beginnings. The experiences of growing up in Florida, Camaguey, combined with the emotions that come with emigrating, and a sense of longing were the fuel behind this project.

With an all-encompassing, velvety tone on saxophone, Deniz’s penchant for imaginative improvisation sits at the core of this engrossing project. “I really wanted to create music that was emotionally complex, rather than technically. I tried my best to channel all of the unique cultural and musical experiences that I had growing up and have that be the guiding light for the creation of the compositions,” he shares.

The album opens with the bold saxophone/percussion duet “Reflexiones”, a melodic meditation over the driving Afro-Cuban rhythm, Abakuá. Drummer Amhed Mitchel and percussionist Jorge Luis Torres harness a mesmerizing atmosphere with their nuanced rhythmic crisscrossing, played here in the absence of harmonic instruments to augment the fine details of traditional percussive notes.

Playing a heavy-handed series of figures on “La Ceiba de Mayuya”, the band is based over a pedal while the percussion and drums juxtapose a tripleted swing over traditional Afro-Cuban bata drumming. After an eloquent bass solo by Roberto Occhipinti, Deniz and pianist Rafael Zaldivar launch into an animated and intensifying exchange.

“This track is a tribute to a neighborhood in my town of the same name. That town is a real beacon of Afro-Cuban musical and religious practices. This would have been the place where I first experienced a powerful Yoruba religious ceremony and saw for the first time Bata drums being played. Every time I thought of this place and the ceremonies I participated in, John Coltrane came to mind,” Deniz comments.

Dedicated to the bandleader’s wife, “Dutch Flower” finds the group in a straight pop-like power ballad, playing lush harmonies and an emotive melody over a backbeat. Zaldivar’s spare but effective use of synths expands the sonic texture, reminiscent of far-stretching, bloomed flower pedals.

Each an outstanding player in their own right, the shining ensemble members coming together as a group is a highlight for Deniz: “I’m a firm believer in the power of a “band” sound, as I grew up being heavily influenced by groups like Irakere, Miles Davis Quintet, Branford Marsalis Quartet, among others. My bandmates are of the same mentality and we work towards making music and art together. They’re not there to help me validate any sort of greatness on my part, we are only as good as the band is!”

Covering a broad range of sound but keeping with a common thread, El Tinajón presents a masterful collection of music wrought with Afro-Cuban folkloric influence and accentuated by Deniz’s high-powered musicality.  “As a composer, I really just let myself write what I hear. I’m not preoccupied with compositions sounding hard, difficult, or anything of the sort. To me, music is about people, and songs should reflect emotions. That was the main goal I wanted to achieve here,” he reflects. Placing a premium on soul over complexity with a commitment to true self-representation, Luis Deniz shows us at once where he is from and where he will go on this notable debut.