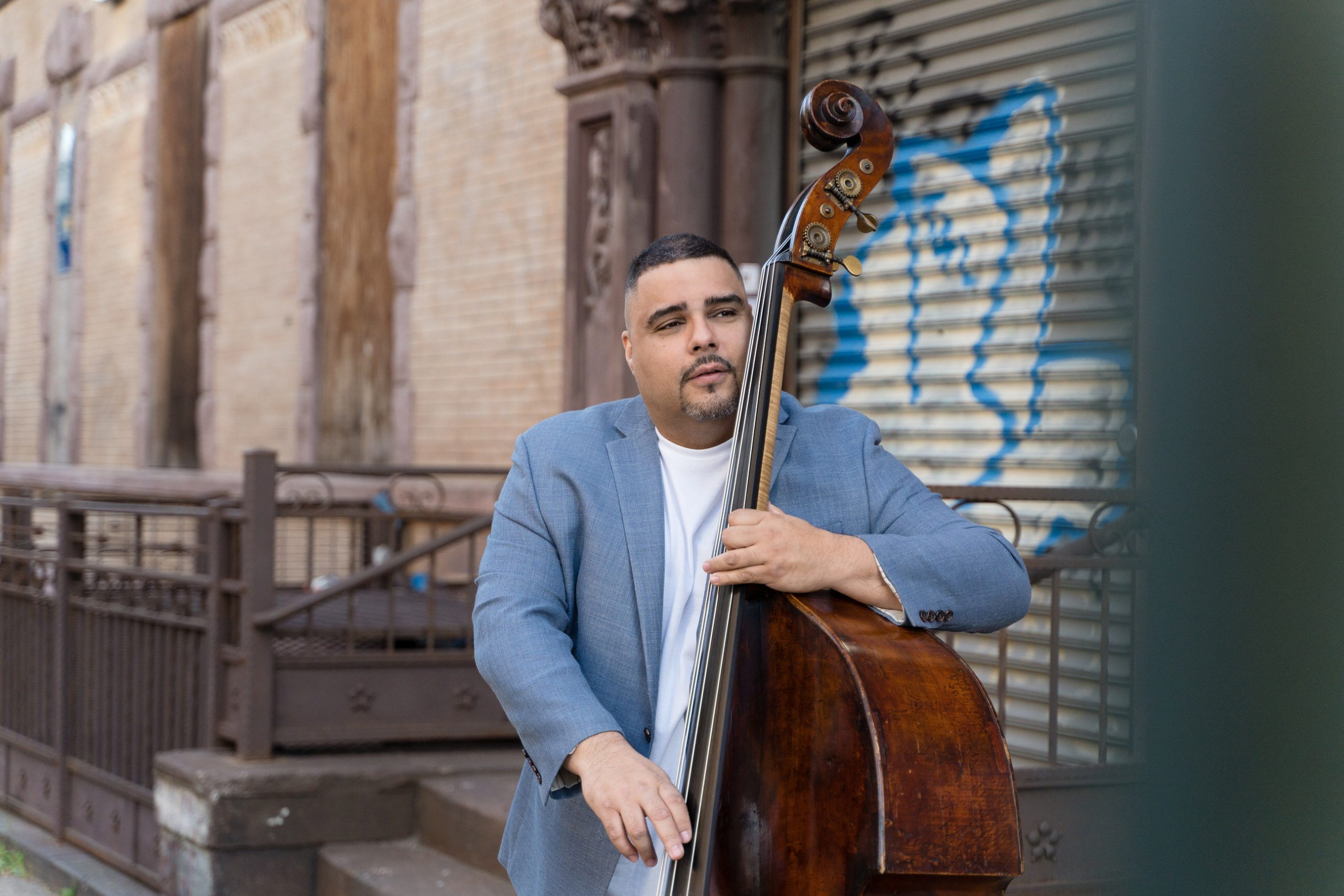 A part of the Ertegun Jazz Concert Series, Monk Con Clave will run from May 20-21 at Rose Theater. The three-night concert will be musically directed by long-time JLCO bassist, Carlos Henriquez

GRAMMY®-nominated bassist Carlos Henriquez has been a bassist in the Jazz at Lincoln Center Orchestra with Wynton Marsalis for over two decades. After recently celebrating a GRAMMY® nomination for his critically acclaimed The South Bronx Story, the in-demand bassist and composer will musically direct the JLCO Orchestra for his Monk Con Clave concert at Jazz at Lincoln Center’s Rose Theater from May 20-21, 2022. Tickets can be purchased in advance here.

The concert will explore the brilliance of the legendary jazz pianist Thelonious Monk’s music through clave and swing rhythms, a territory familiar to Henriquez, who in 2018 released his sophomore recording Dizzy Con Clave, a wide-ranging masterwork dedicated to Dizzy Gillespie.

Monk Con Clave will run from Friday, May 20 through Saturday, May 21 with a concert each evening at 8 PM EST. Virtual tickets are also available for purchase. This program is presented through the generosity of Mica and Ahmet Ertegun as a part of the Ertegun Jazz Concert Series. For more information, visit jazz.org.

A preeminent bassist of his generation, Carlos Henriquez is one of the first truly bilingual musicians and a rare virtuoso in both the jazz and Afro-Cuban traditions. He hails from the Bronx, a rich musical hub that boasts local legends such as Tito Puente, Eddie Palmieri and Celia Cruz, who all played major roles in Henriquez’s musical and personal development. In 2021, Henriquez received a GRAMMY®-nomination for Best Latin Jazz Album, honoring his knockout recording The South Bronx Story. Henriquez has played as a bassist for the Jazz at Lincoln Center Orchestra with Wynton Marsalis for over two decades, and New York Latin Jazz Culture Magazine calls him “one of the most important Latin jazz artists in New York City today.”