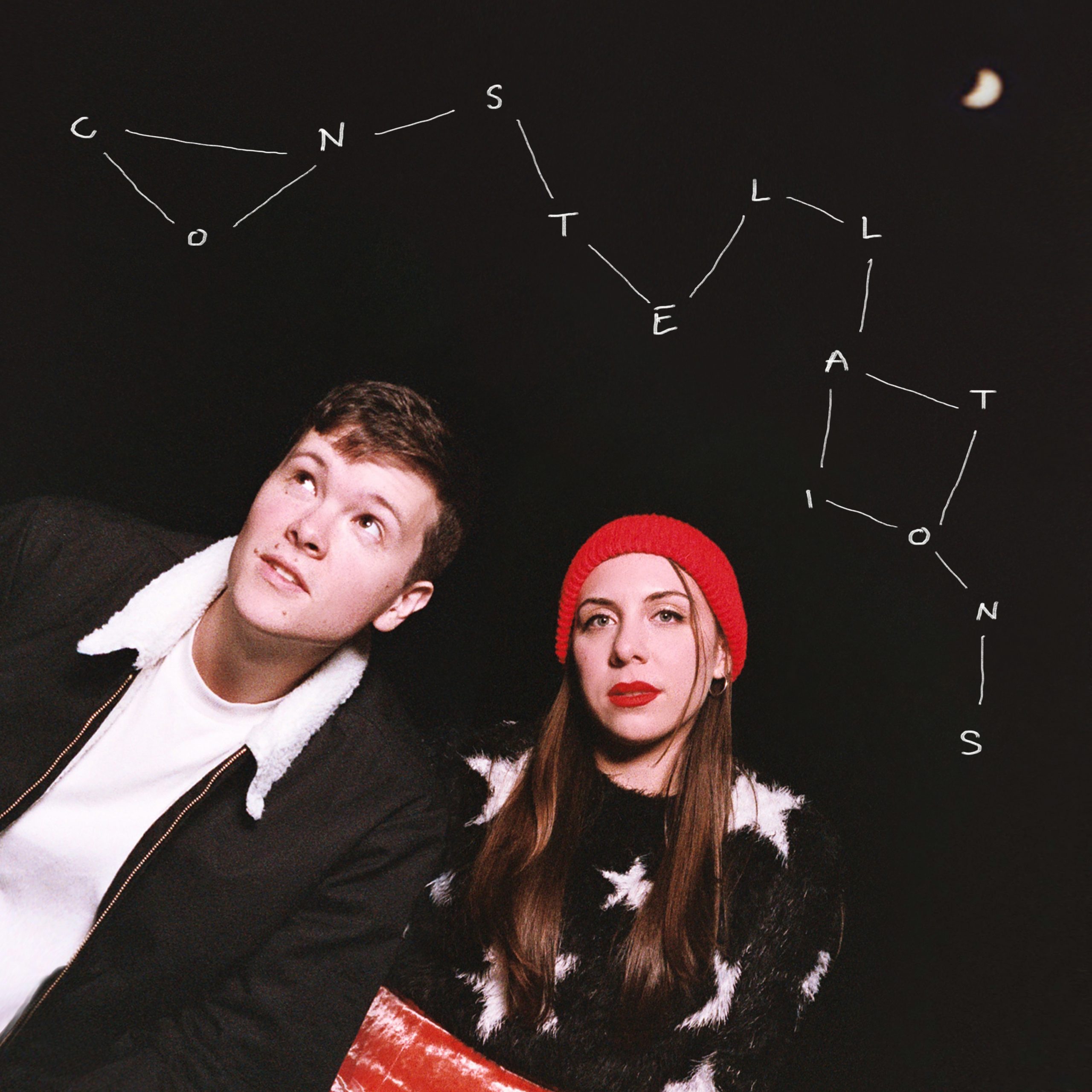 ChimyTina, the viral vocal-bass duo known for their innovative arrangements of jazz classics, remarkable interplay and creative DIY-approach return with their new full length album Constellations. Made up of New York-based vocalist Martina DaSilva (The Ladybugs) and much sought-after bassist Dan “Chimy” Chmielinski, ChimyTina first captured international attention in 2014 with the release of eye-catching duo performance videos, racking up thousands of views on social media. In 2019, the duo released their critically acclaimed debut A Very ChimyTina Christmas, which was praised by Rolling Stone and the New York Times for their “flexible chops and a gut-level creative connection”. Now, ChimyTina returns with Constellations, their second full length venture due out for release on all digital platforms via la reserve on June 17, 2022.

“A good word for this album is trust,” reflects Chmielinski, thinking back to their recording sessions in April 2021. “We’re trusting that the world will return, that we’ll be able to do what we love again. It was a very visceral, raw reaction to what was happening to us.” Constellations is an LP that looks inward while also, befitting of its name, draws on an almost cosmic perspective of the human experience.

A jovial start to the record, Chmielinski and DaSilva both strongly identified with the optimism and upbeat nature of the familiar jazz standard “I Want To Be Happy”. Marquis Hill, with his buttery tone and phrasing perfection was an obvious choice for the track. The call and response section introduces the interplay and lyrical fun both DaSilva and Chmielinski enjoy including in their singular arrangements. Also featuring Hill is Chmielinski and Martina’s take on the Chaplin-penned classic “Smile”. A half time 6/8 feel is introduced by the bassline in this piece, which remains consistent throughout, followed by a double-time second half of each section, as if to state that the happier times always seem to move faster. Remembering to smile and be grateful for all that one has during times of strife is something that resonated with both musicians, and the sensitive stylings of Marquis Hill was yet again an obvious choice for the poignant song.

A common thread throughout the ChimyTina discography is the nod to Martina’s Brazilian heritage. Here, this is realized on “As Praias Desertas,” a lesser known Antônio Carlos Jobim composition. Augmenting this entrancingly beautiful arrangement is Ken Kubota whose versatility as both a classical cellist and accompanist, with his guitar-like strumming mastery, shaped the arrangement into a full-fledged spectacle that paints a vivid image of “deserted beaches”.

DaSilva’s original compositions “Twin Flame” and “My Universe” present an ethereal theme to the release, and demonstrate her stunning acuity for composition. “Twin Flame” has a classic sound and a fullness that comes from DaSilva’s warm vocals and the support of multi-tracked bass. DaSilva’s lyric reflect’s life’s search for answers, looking to the spirits, questioning the stars and searching for facts, stating that “science is her guiding light”; a principle she wished more people would have adopted throughout the pandemic. “My Universe” features renowned vibraphonist Joel Ross, and is a dark, emotional reflection of the New York experience. The piece, written many years ago by the vocalist, felt apropos in light of recent events. The magical stylings of Ross help solidify an emotional ballad that carries both the gravity and awe felt by both bandleaders during their time in the Big Apple.

“Deep Night” and “It’s All In Your Mind”, both featuring guitarist Andrew Renfroe, are reimagined jazz compositions from yesteryear that seem to delve into the inner world of the composer while “Deep Night” makes allusions to the night sky, fitting for the theme of this release. Renfroe fits into the duo’s sound with ease, supporting DaSilva’s soaring vocals and giving the pieces new life with the addition of his unique and melodic sound. Classic jazz standards “I’ll Never Be The Same” and “Nice Work If You Can Get It” are interpreted here with the addition of saxophonist Lucas Pino who offers shimmering countermelodies and virtuosic improvisation. Another highlight is the classic “Trouble in Mind”, delivered with saxophonist Grace Kelly. “Inspired by the Nina Simone rendition, this take is a reminder that music is one of the most cathartic expressions of joy in the face of strife. It is clear throughout that the joy and improvisatory nature of the song exudes an attitude of rolling with the punches and continuing to be grateful for the lives we live,” shares DaSilva.

The album finale features a triple-bass arrangement of a song near and dear to both Chmielinski and DaSilva: Billy Strayhorn’s “Lush Life”. Here, Chmielinski aims to invoke awe, reflection and elegance in a fresh take on a classic recorded so many times. Inspired by his upbringing around bass ensembles, the bassist demonstrates both accompaniment, lyrical bowing and a virtuosic solo aiming for nothing short of an authentic relationship that he has to this song.

Constellations is a welcomed return to ChimyTina’s musical ethos, with thoughtful arrangements and original compositions that, threaded with cosmic themes of the outer world, offer audiences a soulful journey through the inner world of this innovative, of-the-moment musical duo.