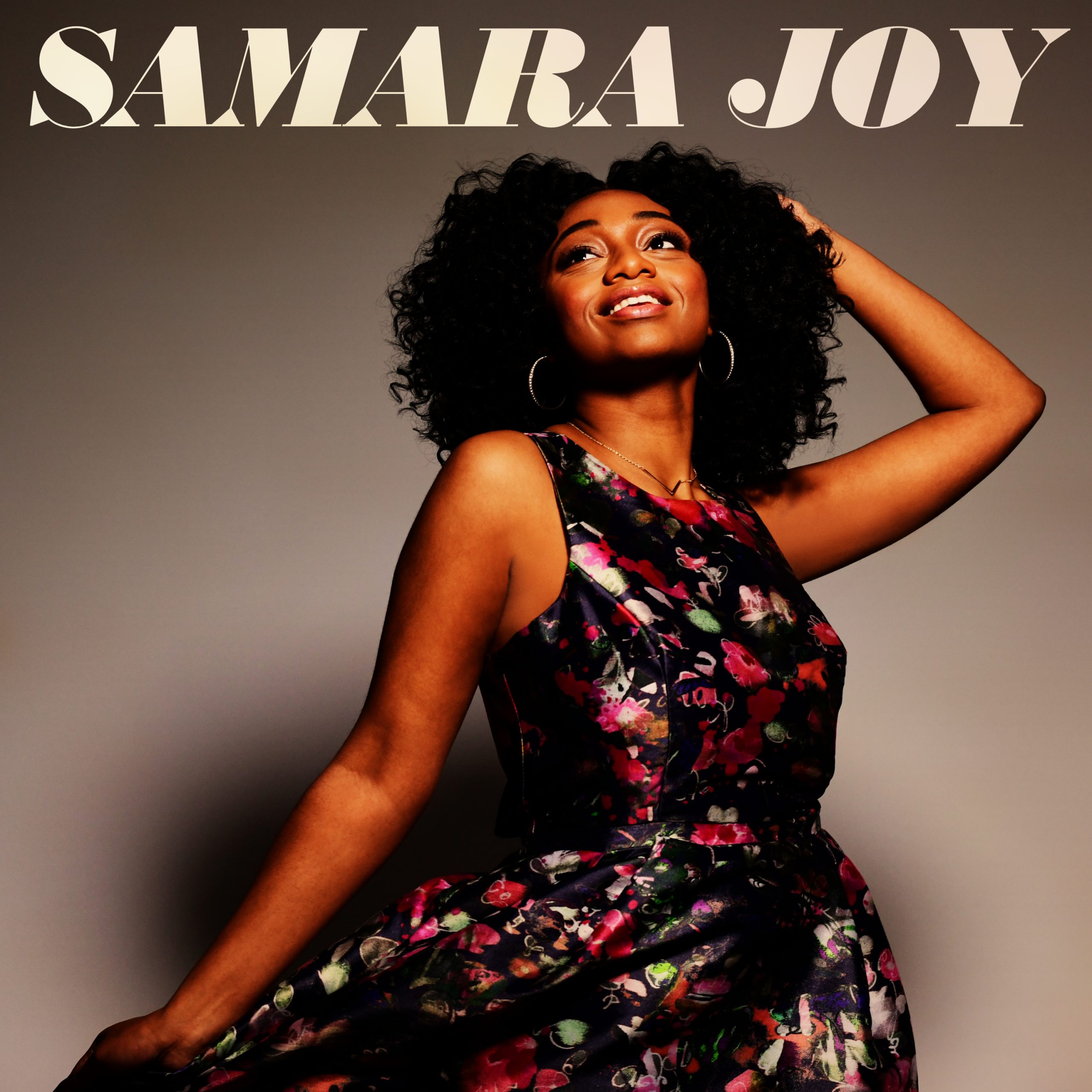 Samara Joy is a singing star in the ascendancy. The young vocalist attracted attention in 2019 after winning the Sarah Vaughan International Jazz Vocal Competition. Now, the 21-year-old announces her self-titled debut release, which puts her spin on jazz standards from the Great American Songbook. Produced by Grammy-nominated veteran Matt Pierson, she’s joined by jazz guitar virtuoso Pasquale Grasso and his trio (Ari Roland and Kenny Washington) for a release that furthers Joy’s reputation as one of America’s most promising young jazz vocalists. Samara Joy will be released on July 9th, 2021 as a compact disc, vinyl LP, and digital download via Whirlwind Recordings.

Joy grew up in the Bronx around a supportive musical family. Music was a pervasive presence, due to the inspiration of her paternal grandparents, Elder Goldwire and Ruth McLendon, who led the Philadelphia-based gospel group, The Savettes. “My mother and father gave me the opportunity to hear music on an interesting spectrum, from Luther Vandross and Chaka Khan through to George Duke and Stevie Wonder. Actually, I hadn’t heard of Sarah Vaughan until college. My friends were all into jazz and started sharing their favorite recordings with me. The turning point was when I heard Sarah’s version of “Lover Man” – I was hooked.”

It’s with singers like Vaughan and Ella Fitzgerald that early comparisons have been made, and close study of such vocalists formed the basis of the album. “The inspiration comes from absorbing as much of their style as possible. It’s a glimpse of what I’ve learned so far, and a way for me to pay homage to those who have come before, while lending my own perspective to these songs.”

Samara Joy presents the vocalist backed by the trio of Pasquale Grasso, a budding star from the world of solo guitar. “It’s great working with him because I know he brings his best, which pushes me to bring my A-game – nothing less.” Completing the line-up are prolific bassist Ari Roland and legendary drummer Kenny Washington, offering a subtly swinging backdrop to proceedings.

Joy’s interpretations balance the breezy-fresh feel of a relative newcomer with a reverence for a tradition she is now undoubtedly part of. “But Beautiful”, “Let’s Dream in the Moonlight” and “Jim” pay homage to Billie Holiday’s original versions, and she acknowledges the great Nat King Cole with versions of “It Only Happens Once” and “The Trouble with Me is You”.  “Stardust” is another nod to Cole, showcasing a talent for storytelling well beyond her years. As she says, “There’s nothing like hearing someone who understands sing it to you.” Moods range from the happy-go-lucky simplicity of “Everything Happens to Me” to the longing of “Lover Man”.

Within the album liner notes, veteran writer Will Friedwald comments that Samara Joy is “a fantastic collection of highly original new arrangements, beautifully sung by a rising talent, and a very impressive first album.  People are forever using the word “timeless” as if it were the greatest praise ever, but in a way, Samara’s voice and her music seem to belong to all time, like she’s connected to the entire history of jazz all at once – as if she were existing in every era simultaneously, she sounds both classic and contemporary.”

Winning the Vaughan award was transformational for Joy. “I was suddenly on the jazz radar. It’s still bizarre to think of how fast things have progressed.” Since then, Joy has dug deep to discover her jazz roots, without losing sight of the innate simplicity that makes her sound shine. Her first album announces the arrival of a young artist destined for greatness.