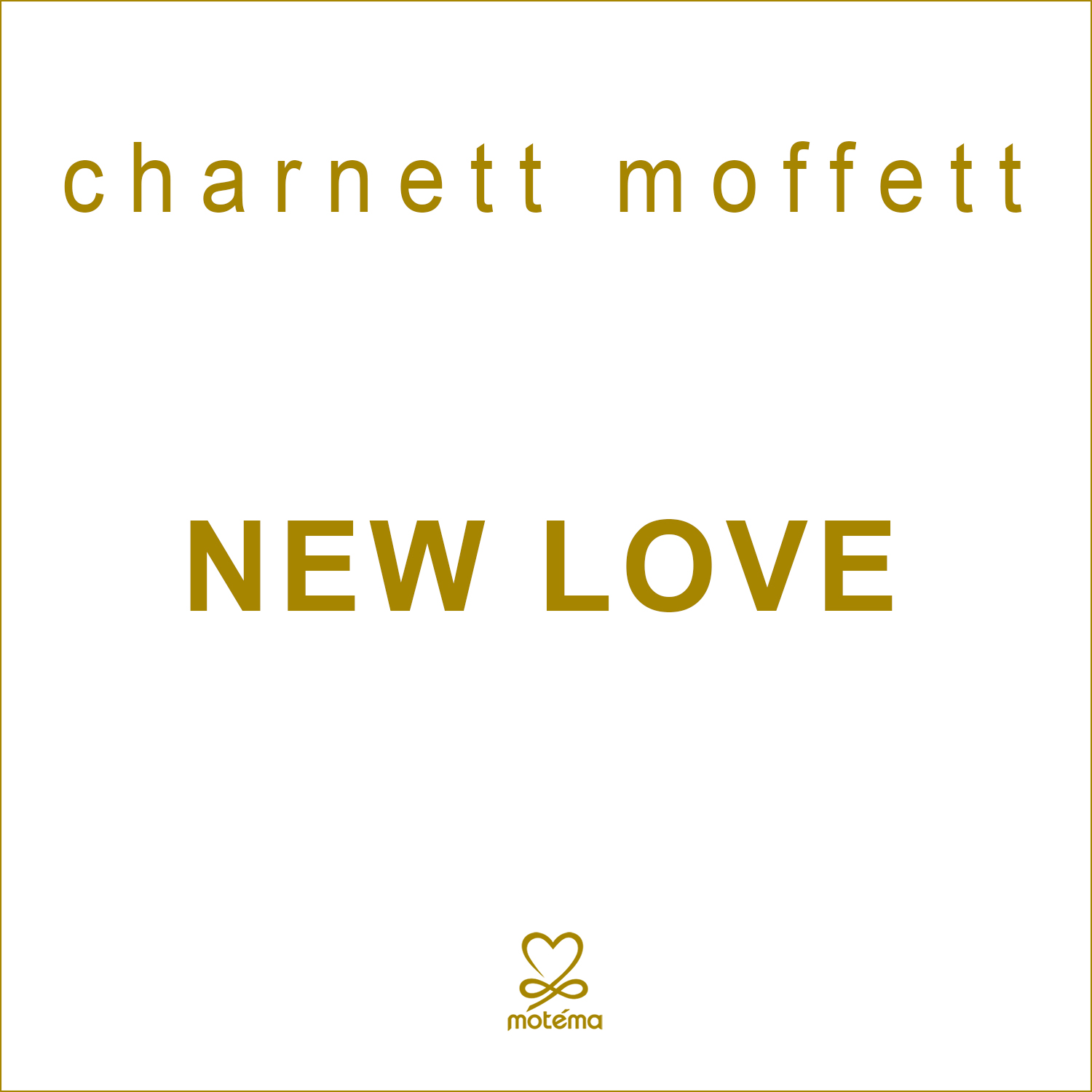 Internationally acclaimed bassist-composer and bandleader Charnett Moffett further refines a virtuosic sound on New Love, his seventh leader release for Motéma Music, and 17th overall. An exploratory and vibrant follow-up to his 2018 recording Bright New Day, the album expresses Moffett’s deeply personal permutations of love and an embracing of change as part of life’s progression: “Music is a universal  language that speaks to all people. In life, human beings are in the constant process of change — whether an individual is conscious of this process or not.” New Love will be available on all platforms on June 11, 2021.

Approaching a range of sounds, traditions, and original repertoire with vitality and signature authenticity, the prolific artist welcomes the dimension of space across twelve effervescent tracks. “On this album, we used different concepts, musically,” he says. “I wanted to use a sound different from the last album that would allow me  to have more space, for creative reasons.”

A melodious conversationalist and reflexive listener, Moffett features the fretless electric bass, often in its upper register, alongside fearless collaborators Jana Herzen on guitar and vocals, Corey Garcia and rising-star Malick Koly on drums and Irwin Hall on tenor and soprano saxophones and alto flute. Interplay among the artists is an album virtue.

“When you’re using the bass as a lead instrument — as a voice, to create melodies  — and you have more space, the sound of the instrument can resonate more and  be heard in a more complete way for its ‘new’ position,” says Moffett, who pared down the ensemble from quintet to trio and quartet for New Love, leaving out piano.

Foregoing rehearsal before the studio date intentionally, the artists learned their new material on site with Moffett at the creative helm. “He taught us the parts at  the session,” says Herzen, who contends the response time among band members  is part of his ensemble sound — the artists working closely with one another, in various contexts, through the years. “Call and response is just a natural result of that  process,” she says. “Everything you hear becomes part of a high-level conversation  you’re having together.”

Responding not only to one another, but to the moment in the moment, the  ensemble emits a flash energy on New Love that becomes as an ethereal band  member. “We’re all listening and creating at the same time,” says Herzen, “and listening for what the other musicians are doing is constantly affecting what we play.”

The record’s pervading vocal quality elevates components of conversation, creating  a lively, interactive and purposeful dialogue from one song to the next. This quality emerges overtly in lyrics and spoken word, and less explicitly in instrumental  sections and distinctive dialogue among collaborators.

The first five tracks feature trio members: Moffett, Herzen, and Garcia. “Swinging In The Realms” aligns Moffett and Herzen in lyrical unison before the two enter an improvised counterpoint that serves as a conversational centerpiece for the album—free, responsive, spatially dynamic. The first track also lays the foundation for  spontaneity-sparked call and response that pulses throughout the program. Moffett’s use of wah-wah on “We Remember” enhances the human vocal quality shimmering across New Love. “Little Flowers” teems with tenderness, showcasing the artists’ collective capacity for intimate self-expression. Inspired by Bach and Jobim, “Today” features Moffett and Herzen in tandem melodic lead, and Garcia’s  virtuosic cymbal work, elegant and driving.

Many consider Moffett a legacy artist in the tradition of harmolodics, innovated by Ornette Coleman and interpreted uniquely, depending on the individual artist’s perspective. Moffett’s trio leans in deeply to this tradition on “Higher Dimensions.”

“As is the case with bebop, R&B and hip hop music, many different artists can have  their own version of harmolodics,” he says, “a concept that has a precise order that allows artists to play free of keys and to focus on the expression of what they really want to communicate.”

Hall’s tenor saxophone first appears on “I Didn’t Know,” enhancing the ensemble  sound with melodious arcs, responsive and resolute. He then takes the first solo on “Flying In The Air,” artfully falling in and out of focus between lead improviser and melodic accompanist throughout the rest of the track.

Perhaps best known — for the moment — as touring drummer for the recently departed Wallace Roney, Malick Koly lends his stylistic depth and resonating melody-driven approach to tracks eight and 11, “ETQ” and “Love For The People,” respectively. Meanwhile, Moffett’s vocals and lyrics take the lead on “New Love,” and remain a key focus for the final four tracks. For this conceptual transition, deeply resonant on New Love, Moffett says he gleaned inspiration from his relationship and transformative love for Herzen, his long-time collaborator, and recently wed bride. “Relationships, creativity, where you are in time and space in your life — all these elements are prevalent in this new recording.”

The infectious groove of “Spirit & Bride Song,” unveiled the ensemble’s new sound when Afropop Worldwide premiered the track in March as the album’s first single. Reviewer Ben Richmond notes “[the music] sits at the intersection of swing, spiritual and free jazz … it is music where the rhythm instruments take the melody and vocals hold the beat.” New Love concludes in jubilant tones on “Rejoice.”

MORE ABOUT CHARNETT MOFFETT
An artist with an unusual abundance of spirit, chops, and charisma, Charnett Moffett has released sixteen acclaimed albums and toured the world as one of the most innovative and versatile acoustic and electric bassists in jazz. He debuted on Blue Note Records in 1987. After signing with several other labels throughout the years, he found his home at Motéma in 2008. Moffett’s career began as a prodigy, appearing in his father Charles Moffett’s band at age 8. In addition to his leadership career, Moffett has collaborated as a “bassist to the stars” with such pivotal artists as Wynton Marsalis, Art Blakey, Ornette Coleman, McCoy Tyner, Tony Williams, Dizzy Gillespie, Herbie Hancock, Dianne Reeves, Arturo Sandoval, Anita Baker, Stanley Jordan, Harry Connick, Jr., David Sanborn, Branford Marsalis, Bette Midler. He has appeared on more than 200 albums, many of them considered classics.