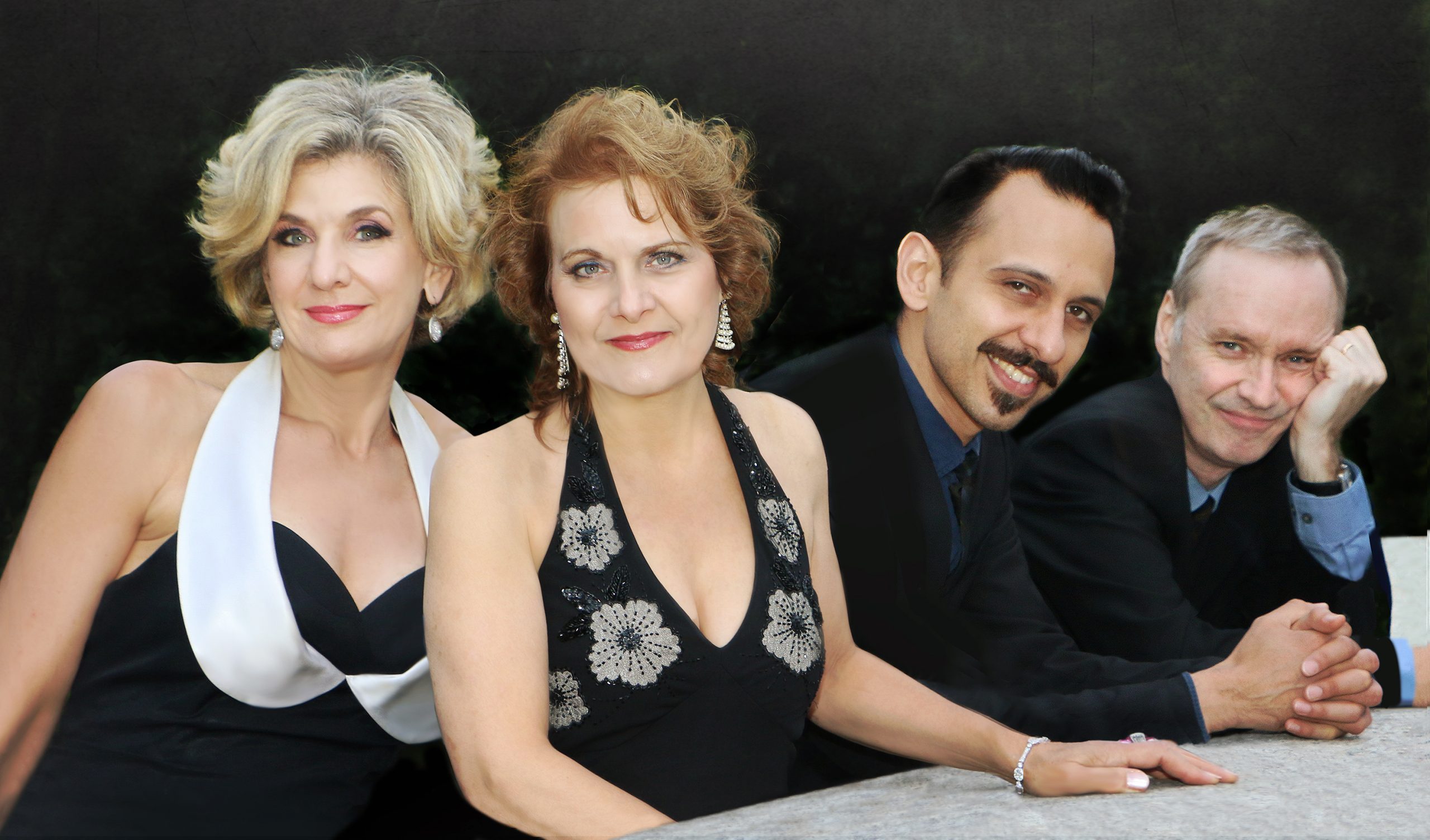 At a quick glance, the Royal Bopsters’ new recording, Party of Four (Motéma), appears to be a straightforward continuation of their 2015 debut, The Royal Bopsters Project. The group remains a quartet carrying the torch of vocalese from Lambert, Hendricks & Ross, the Manhattan Transfer, and New York Voices. Like their debut, the new album is highlighted by contributions from vocal legends Bob Dorough and Sheila Jordan. It also features a guest appearance by the great bassist Christian McBride, who shares the Bopsters’ fondness for soulful vibes and a sense of bebop cool.