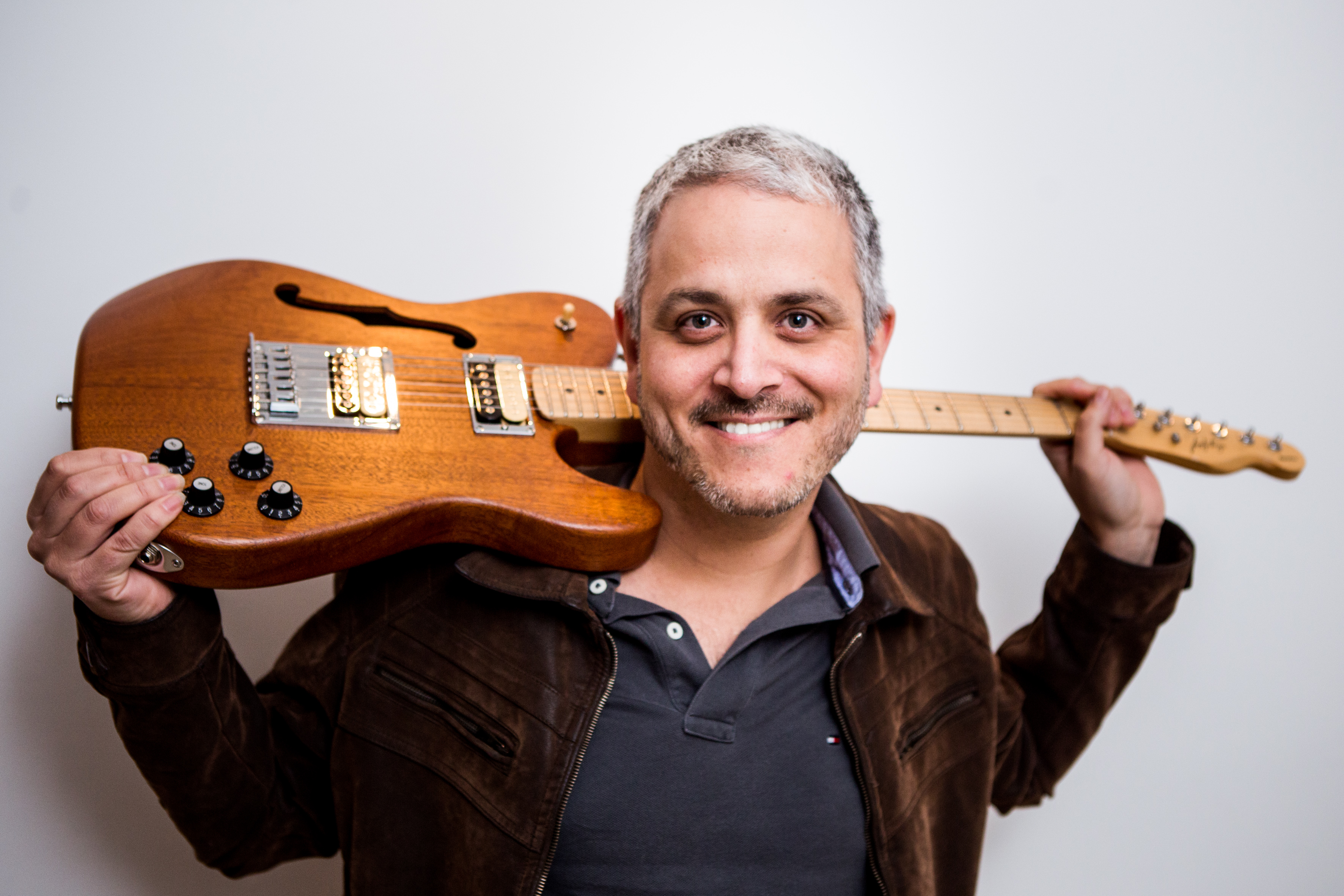 This celebration of the universality of relationships Ubuntu is, fittingly, brimful with vibrant music, not just from guitarist and leader, Lupa Santiago, and from guest trombonist Ed Neumeister, but also contains one gorgeous piece contributed by the extraordinary Brasilian pianist, Leandro Cabral. The music is all of a lofty, noble and graceful jazzy elegance. Melodies are wonderfully complex, harmonies – largely a tripartite affair between Santiago, Neumeister and Cabral, are tantalisingly enigmatic, and not to be outdone, Buck and Migotto contribute elusive, evanescent rhythms.

The recording took almost two years to complete after Ed Neumeister was invited by Lupa Santiago to come over from Austria to Brasil. However, the music is not fraught with the languid dalliances, but rather an altogether different kind of musical heat. It calls for extremes of discrimination in terms of instrumental balance together with similar discipline in achieving absolute clarity in the superfine but intricate web of textures, thematic fragments and beguilingly constructed tempos.

Both Lupa Santiago and Ed Neumeister prove to be comparably cannily observant guides through Ubuntu and indeed, the feeling of “I am what I am because of who we all are” (the English rendering of the pithy African word) comes immediately alive. Santiago is an eloquent exponent of the electric guitar, unafraid to step outside his “Brasilian” comfort zone. His playing abounds in felicitous touches not the least those imaginative lines in the delightfully unknowable “Probably Maybe”. Ed Neumeister pays back in kind with the gorgeously shimmering textures of “Night Eyes”. Meanwhile Leandro Cabral provides evidence of his sumptuous, finely honed accomplished pianism on “Trails”.

This leaves us with bassist Bruno Migotto and drummer Alex Buck. Indeed the “…who we all are” of the word “Ubuntu” is fittingly realised in their playing. This is characterised by the ravishing tone of Migotto’s contrabass, light and dark as the music calls for and the wonderfully complex polyrhythms of Buck’s drumming. All through the variable characteristics of the music, which naturally reflects the individual personalities of the writers, Migotto and Buck remain true to their harmonic and rhythmic roles bringing an overwhelming rightness to each and every one of the seven pieces that make up this enjoyable and stimulating anthology in the luxurious sound reproduction engineered and produced by Paulo Aredes.