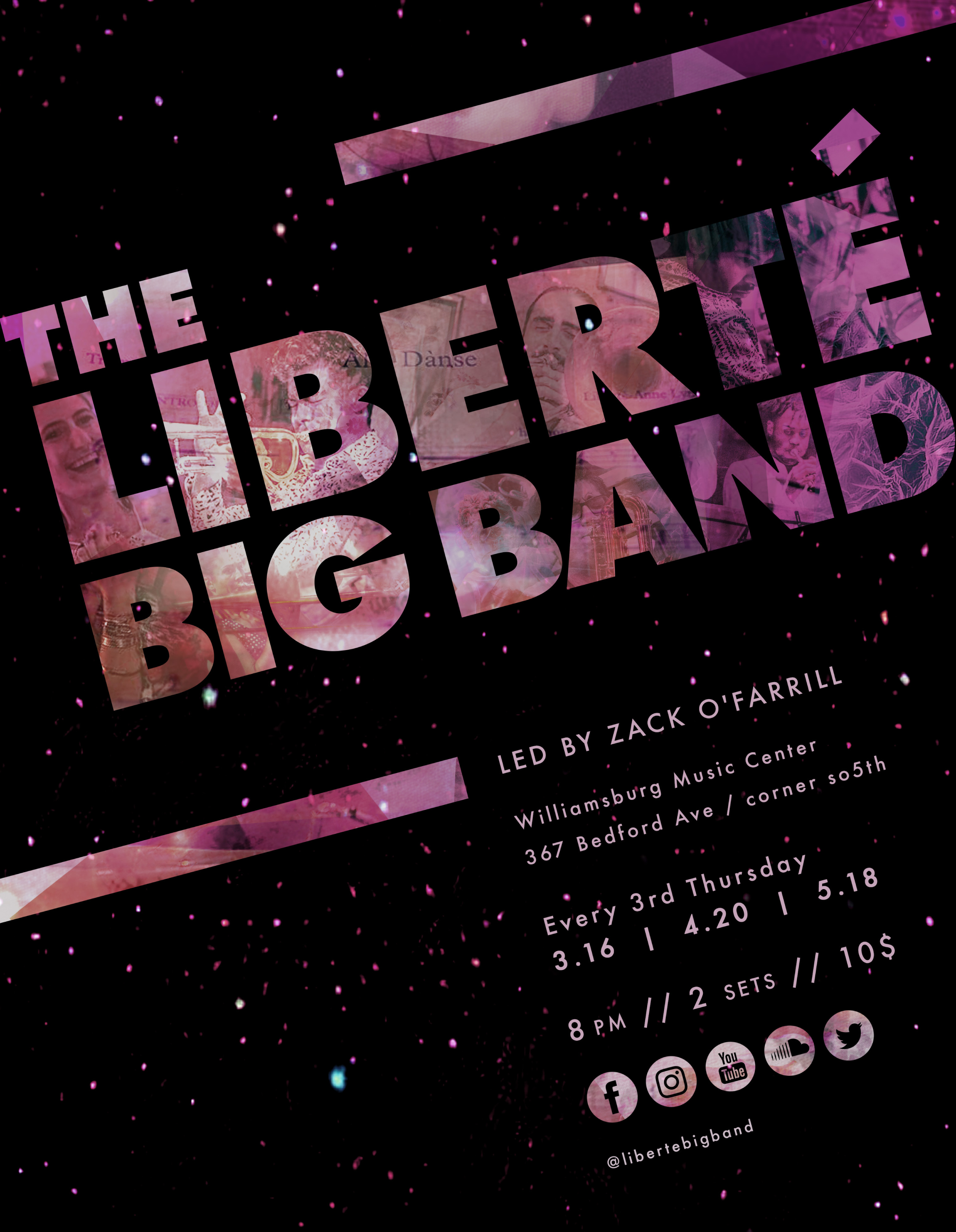 The Williamsburg Music Center is proud to welcome back The Liberté Big Band on Thursday March 16th. Though the 17-piece big band has had a residency at The WMC since June 2016, this performance marks the beginning of a new will be era for The Liberté Big Band. Although the band will be performing in Williamsburg, Liberté-Anne Lymberiou will be leading from a distance; specifically from her native city of Montreal, This enigmatic and transcendent performance will see the following personnel take to the stage:

Normally, this ensemble would perform with Liberté-Anne conducting from behind the piano. However, in a strange and unfortunate turn of events, after paying a quick visit back to family in Montreal, Liberté was forced by US immigration laws to remain in her native land. Having said this, Liberté-Anne has managed to find a silver lining in this shocking and absurd situation, and is now taking the time to pursue a research and composition project funded by the Canada Council for the Arts.  As a result, the equally respected and never short of stellar pianist, Guy Mintus will take Liberté-Anne’s usual centre of stage.

“Liberté-Anne is the real deal. She exudes creativity, chance taking and originality. Her voice as a composer is unique and must be heard. She is one bad Mama Jama!”

“Big band is so impractical, so extravagant, so over the top — and in the case of The Liberté Big Band, so perfectly so. She’s representing Montreal in New York in a grand way.”