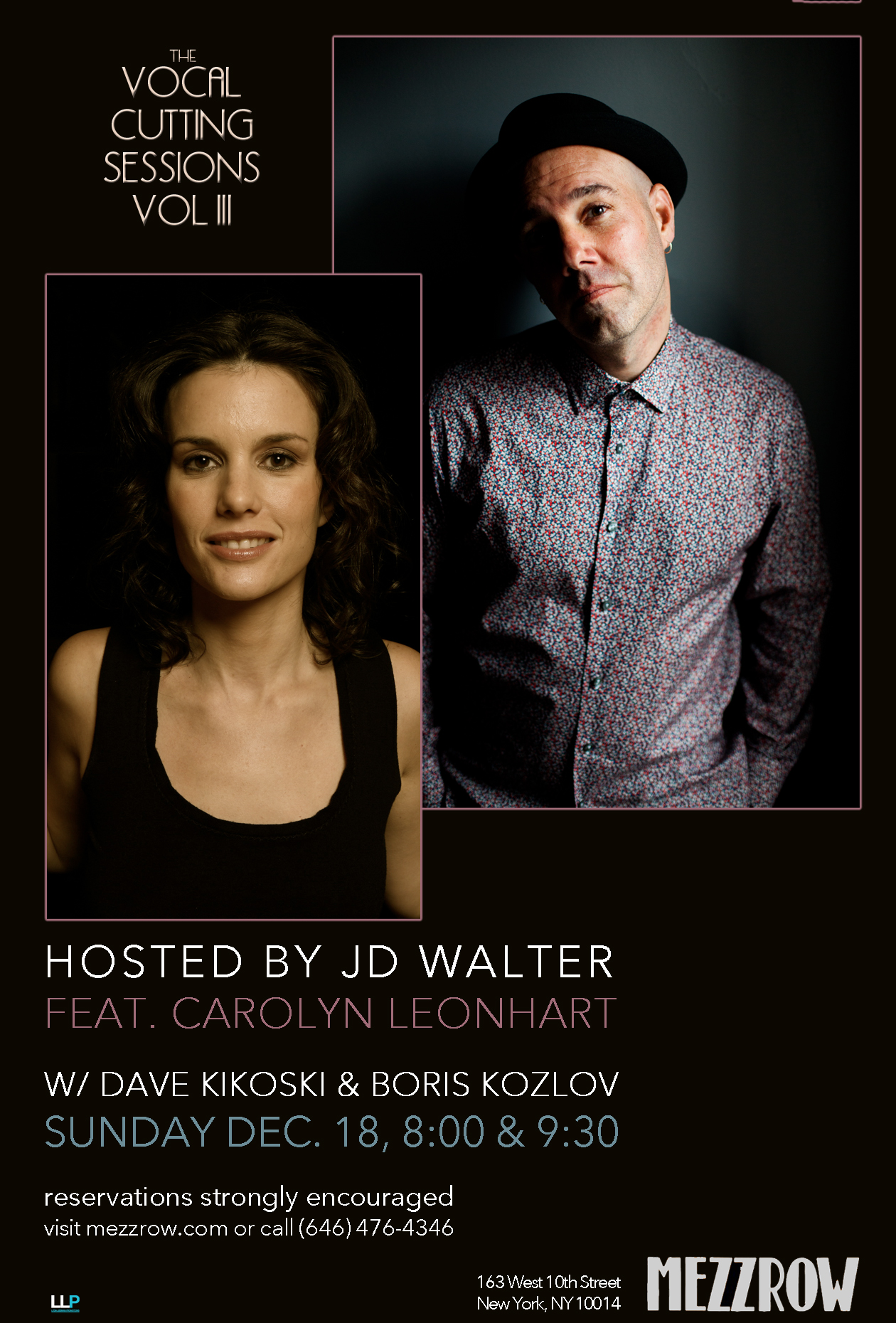 “Not Bleckmann, not Elling, not even Murphy – can rival the outre audacity of JD Walter”
Christopher Loudon, JazzTimes

Mezzrow, located at 163 West 10th Street in New York, NY, is proud to present the third volume of the Vocal Cutting Sessions featuring vocalists JD Walter and Carolyn Leonhart on Sunday, December 18th at 8:00 and 9:30 PM. The cover is $20. Reservations, which are strongly recommended, can be made by visiting www.mezzrow.com or by calling (646) 476-4346.

Produced by esteemed jazz vocalist JD Walter, the Vocal Cutting Sessions takes its cue from the cutting contests that started with instrumental jazz in the 1920’s as it aims to showcase the very best in cutting edge vocal jazz. JD will host a different guest at each session; recent features include Fay Victor and Miles Griffith. This session featuring Carolyn Leonhart includes pianistDave Kikoski and bassist Boris Kozlov.

JD Walter is a jazz singers singer. A purist and an innovator, his style has been compared to many vocal titans, but it is uniquely his own and he has become a singular phenomenon on the music scene. He has released eight recordings, including the recently released “One Step Away”, which garnered great critical acclaim.

Carolyn Leonhart is a jazz singer with one foot firmly planted in the rock/pop universe. She is the daughter of veteran bassist Jay Leonhart, so her jazz sensibilities flow from her upbringing. She gained wide exposure during the ’90s as a backup vocalist for the reunited Steely Dan. Her jazz style is tinged with the edginess of a soul or R&B singer. Her first U.S. album, an inspired collaboration with pianist/songwriter Rob Bargad titled “Steal the Moon”, was released in 2000. Since, she has released a number of well received albums including 2010’s “Tides of Yesterday” with esteemed saxophonist Wayne Escoffery.