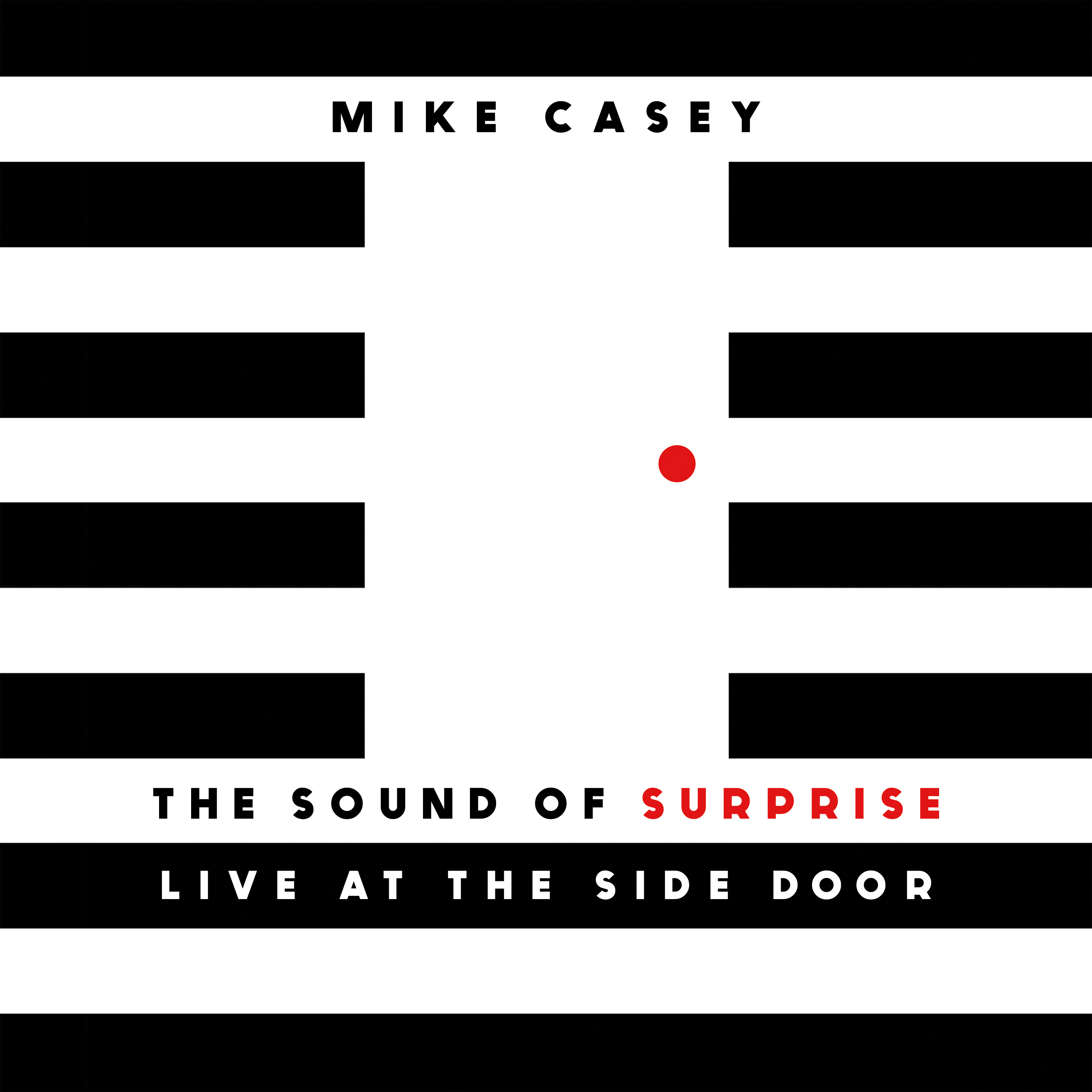 Saxophonist Mike Casey to release debut album “The Sound of Surprise: Live at the Side Door” 2/7/17

“Although I’ve only heard it in fledgling form, his new album The Sound of Surprise: Live at the Side Door is astounding… It’s an album worth waiting for, and our review will follow next year. For now, Mike is playing, developing and continuing to amaze new people. He has something pretty special, and it only takes one listen to hear it. Mike Casey is one to watch, for sure. ”
— Sammy Stein, Something Else Reviews

Saxophonist and composer Mike Casey is proud to announce the February 7, 2017 release of his debut album “The Sound of Surprise: Live at the Side Door”. Splitting his time between alto and tenor saxophone, Casey and his longtime trio present a fresh approach to the chordless saxophone trio format over the course of seven first-takes. To present “The Sound of Surprise”, Casey will be touring throughout Connecticut, New York, Massachusetts, Rhode Island, and beyond. See details below.

While “The Sound of Surprise” may be Casey’s formal introduction, he has been a fixture on the jazz scene since he began attending the prestigious Jackie McLean Institute of Jazz at the Hartt School of Music (University of Hartford) in 2011. His resume includes Charles Tolliver, DJ Logic, Brandee Younger, Zaccai Curtis, Tarus Mateen and Marc Cary, whose project “The Harlem Sessions” features Casey as an original member. In 2015, Casey was selected to participate in the prestigious Betty Carter Jazz Ahead Program at the Kennedy Center in Washington, DC. After a sold out NYC debut at the legendary Minton’s in Harlem in September 2016, Casey went on to accomplish an incredible feat: his crowdfunding campaign for “The Sound of Surprise” was funded 111% in under 30 days.

“The Sound of Surprise” was recorded in early 2016 at the Side Door in Old Lyme, Connecticut. Since its opening in 2013, the Side Door has established itself as one of the premier jazz clubs in the world, having been recognized in Downbeat Magazine’s 2016 international list of top jazz clubs. The club features a steady performance roster of jazz greats and rising stars. With its pristine acoustics, knowledgeable staff and particularly attentive audience, the Side Door is especially conducive to creating. For Casey, choosing to record his debut at the Side Door was particularly apropos, considering the experience he has gained there sitting in with the likes of JD Allen, Nat Reeves, Justin Kauflin, and other world-class musicians. “The Side Door is truly a magical place to me,” says Casey. 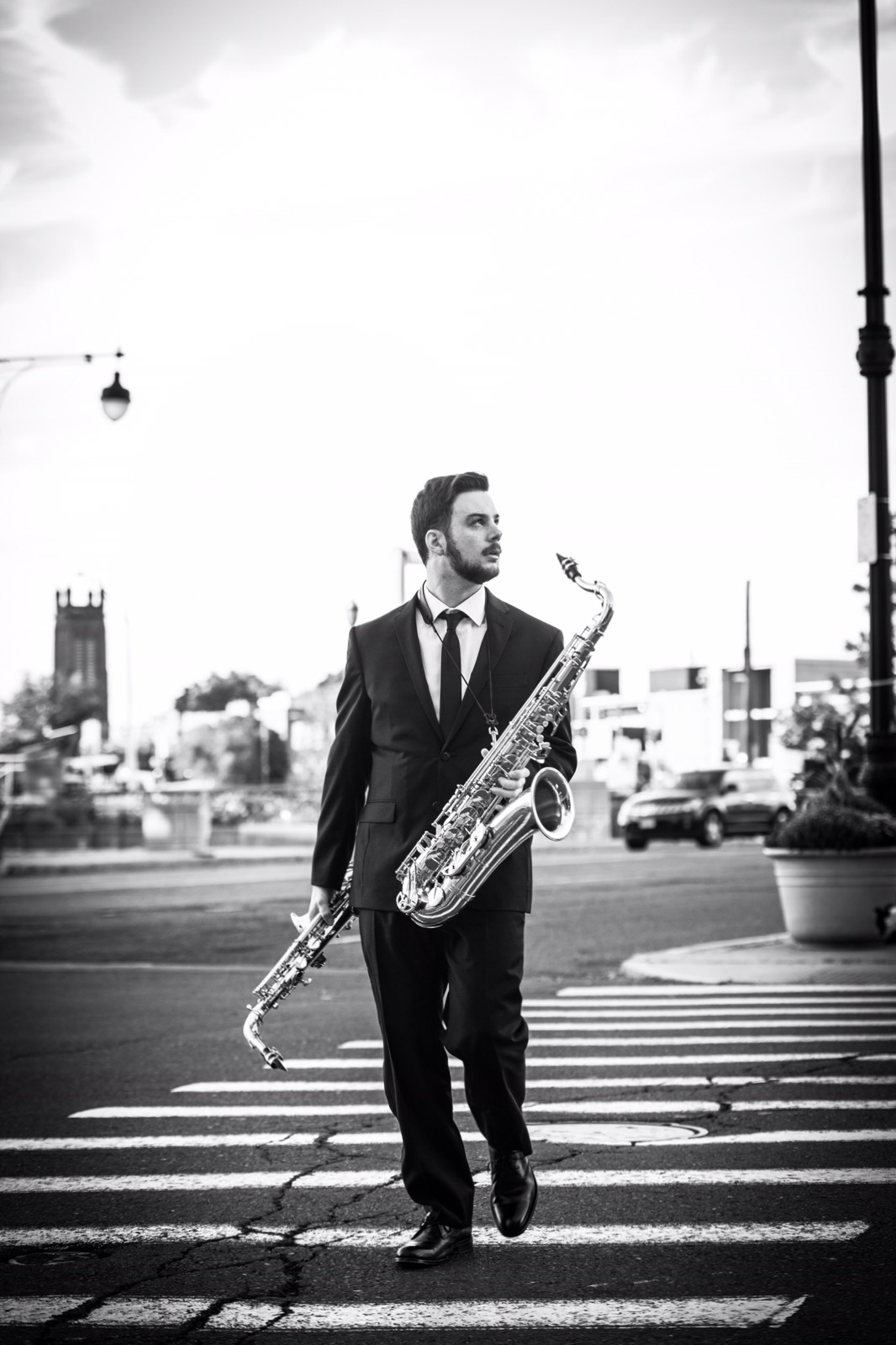 Joining Casey on “The Sound of Surprise” are two members of his longtime trio including bassist Matt Dwonszyk and drummer Corey Garcia. Within the first 30 seconds of the Garcia-penned lead single “Hydraulics”, their electric chemistry (3 years in the making) is palpable. “Both have a big beat and sound, are great listeners, compose and arrange beautifully and love ‘walking the tightrope’ with me,” says Casey of his bandmates. The band’s format is inspired by Sonny Rollins, the pioneer of the chordless saxophone trio. Rollins has been incredibly influential to Casey, which is evidenced in this video featuring Rollins and Casey in conversation.
“I’ll never forget hearing Sonny Rollins for the first time in middle school. His sound, melody, the rhythm, hearing every idea connect so clearly in dozens of ways. Then I came across Freedom Suite and my concept and goals changed drastically. I was inspired and challenged. The search was on. I wanted to see how much I could do without chords, instead focusing on rhythm and melody above all,” says Casey.

Dwonszyk and Garcia graduated with Casey from the Jackie McLean Institute of Jazz at the Hartt School of Music, which was founded by the jazz giant Jackie McLean. In fact, this connection to Hartt and the Hartford community as a whole is an omnipresent theme on “The Sound of Surprise” and is perhaps most realized on Casey’s original composition “Dagobah”. Written shortly after his graduation from the Jackie McLean Institute, Casey’s Star Wars referencing “Dagobah” is a reflection on the rich musical landscape of the Hartford community. “…much like Yoda hiding out on the planet Dagobah, off the beaten path there are some great artists & mentors who either live in the Hartford area and/or who teach at JMI that I’ve learned a great deal from,” says Casey.

Alums of the Jackie McLean Institute and the Artists Collective (another McLean institution) dot the contemporary jazz landscape in New York City and internationally; Jimmy Greene, Brandee Younger, Steve Davis, Wayne Escoffery, Eric McPherson, Abraham Burton, Dezron Douglas and promising up and comers Jonathan Barber and Jovan Alexandre are just some of the sought after McLean alums on the scene today. With “The Sound of Surprise”, Casey firmly plants his name amongst the aforementioned greats and carries forth the strong tradition of Hartford trained jazz artists.

“One of the musical concepts I love the most is the sound of surprise,” says Casey of his title, adding, “we love to surprise our audiences- and each other! We find that we create the best music when we reach beyond what we think we can do.”

To support the release of “The Sound of Surprise: Live at the Side Door”, Casey will be appearing at the following venues for the initial leg of his album release tour, with more to be announced soon:

Saxophonist and composer Mike Casey has been a fixture on the Hartford jazz scene and beyond since 2008, when he began attending the Greater Hartford Academy for the Performing Arts. Upon his graduation, he went on to attend and graduate in 2015 from the acclaimed Jackie McLean Institute of Jazz housed at University of Harford’s Hartt School. In 2015, Casey was chosen to participate in the prestigious “Betty Carter Jazz Ahead” Program at the Kennedy Center in Washington, DC led by Jason Moran. Casey has performed at a number of well-respected venues such as Dizzy’s Club Coca-Cola, Minton’s, The Kennedy Center, Ginny’s Supper Club and others. Since its inception in 2015, Casey has been apart of Marc Cary’s “Harlem Sessions” project; with Cary, he has performed at NYC’s Winter Jazz Fest, Summerstage, and Cape May’s Exit Zero Jazz Festival.