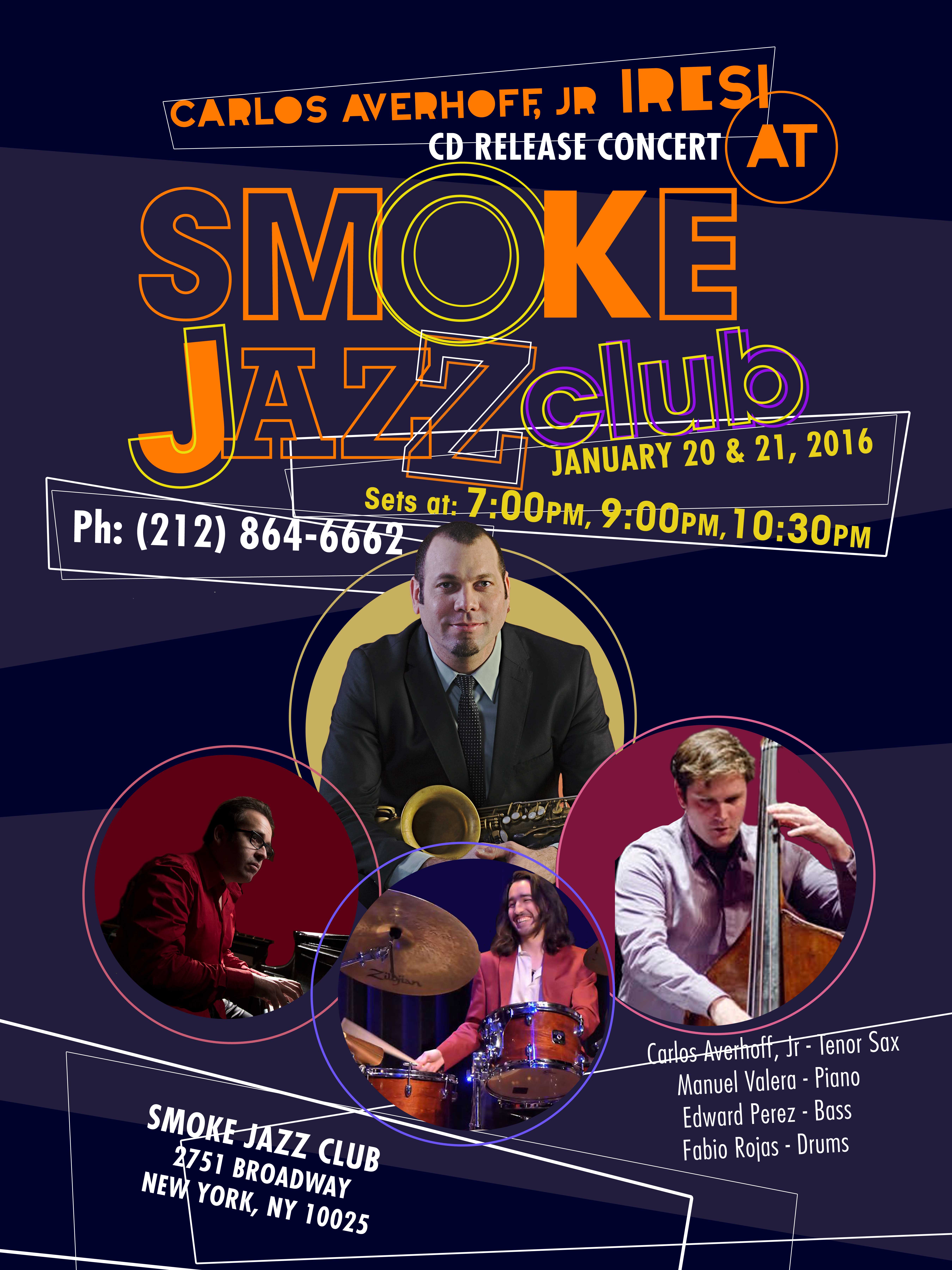 Smoke Jazz and Supper Club, located at 2751 Broadway in New York, NY presents Carlos Averhoff Jr iRESI on Thursday, January 20 and Friday, January 21. The three sets are at 7:00, 9:00 and 10:30 PM. More information can be found at www.smokejazz.com.

His debut as a leader, iRESI masterfully weaves hard hitting jazz compositions with infectious Cuban rhythms creating an amalgam of polyrhythm’s and savory melodies that are rich with cultural influences deeply rooted in tradition. Of the title iRESI, Averhoff explains: “The Yoruba of Western Nigeria, Africa brought to Cuba their language, religious traditions, music, dance and divination system; all of which still prevails in Cuban daily life. iRESI is a Yoruba word that means the light of your soul; the lucky star on your shoulder; the innate energy within. May this music bring us all iRESI.”

iRESI has been universally lauded by critics with positive reviews from All About Jazz (“A dynamic new voice on the saxophone”), Latin Jazz Net (“This recording is one of the most visceral and heartfelt that Carlos Averhoff Jr. may have made.”), BeBop Spoken Here (“He can swing like yesterday and tomorrow”), and more.

Joining Averhoff is a stellar group of some of jazz’s most sought after musicians including pianist Manuel Valera, bassist Edward Perez and drummer Fabio Rojas.

Carlos Averhoff, Jr is a tenor saxophonist, contemporary Afro-Cuban Jazz composer, and woodwinds educator. Classically trained at Cuba’s premier conservatories, Havana native Carlos Averhoff Jr began his training at the age of 10. He graduated Summa Cum Laude from the esteemed Berklee College of Music in Boston in 2010 and in 2013, with honors from New England Conservatory’s prestigious graduate program. Jerry Bergonzi, Jason Moran and Donny McCaslin are just some of the jazz greats Averhoff has studied with. He has performed at some of the world’s premier music venues including Carnegie Hall, The Berklee Performance Center and the Jackie Gleason Theater, among others, as well as several jazz festivals around the world. He has shared the stage with artists such as Louis Hayes, Jimmy Cobb, Bob Moses, Horacio El Negro Hernandez, Calixto Oviedo, Jason Moran, Chucho Valdes; Dave Liebman, Bill Pierce, Greg Osby, and his father Carlos Averhoff.