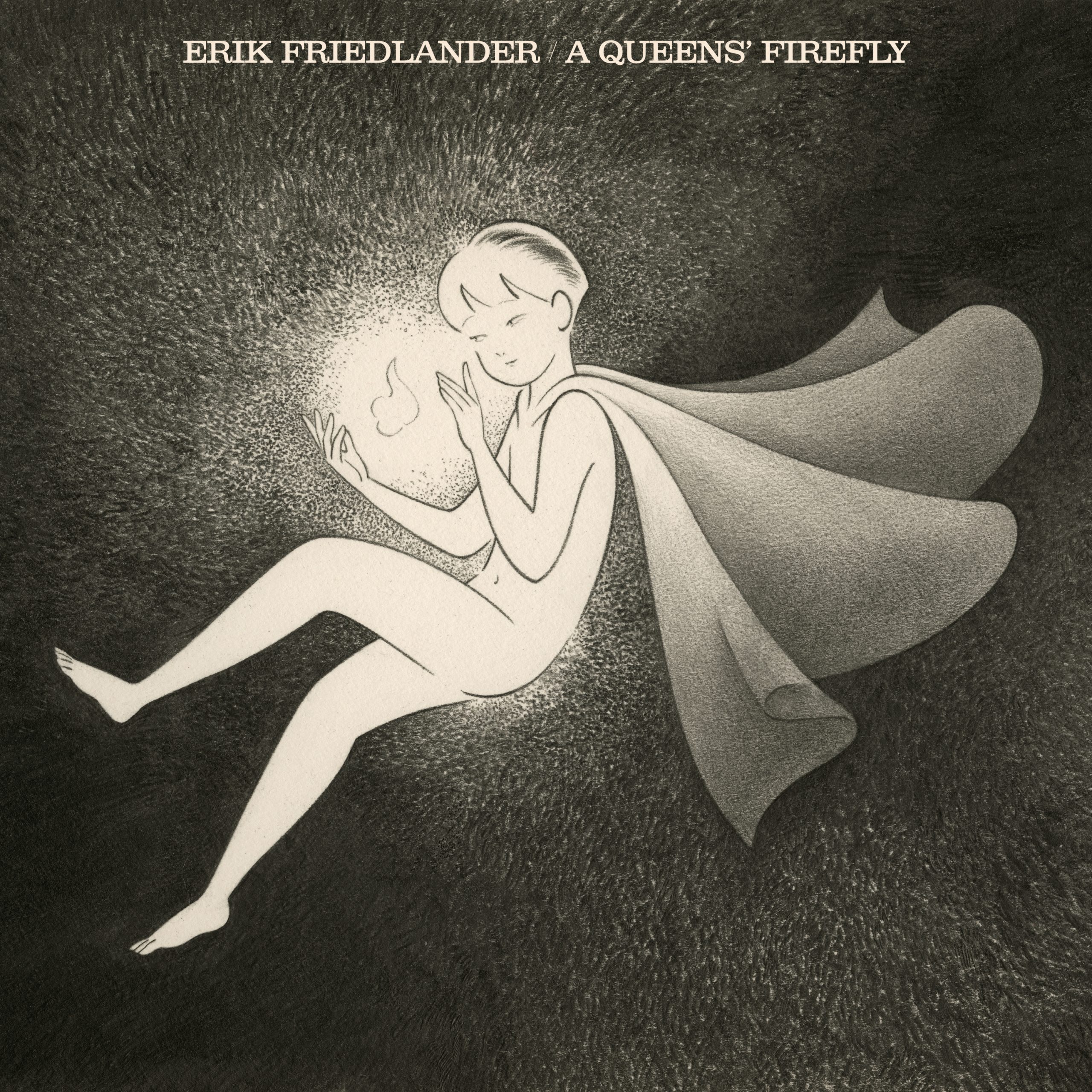 Erik Friedlander’s new album A Queens’ Firefly (Skipstone Records, out April 29, 2022) finds the miraculous within the routine, taking inspiration from the small moments of life to create an overflow of joy and optimism.

Friedlander wrote the music for A Queens’ Firefly after his band The Throw booked a 2-week tour in Europe for February of 2020, just before the pandemic began. He needed to expand the band’s repertoire beyond the pieces of their record, Artemisia (2018). With the sound of the band in his head, he knew what kind of elements would work. “I can depend on Ches Smith to be a creative and commanding drummer who can lead us through the tricky moments with style,” explains Friedlander. “I knew Uri Caine would swing so hard and solo with so much bravado that you couldn’t help but smile every time he played. And I knew Mark Helias would be the wild card at the right moment, changing the energy and holding down the groove with his soulful sound. It was exciting to know I would perform with these great musicians for the European audiences, and then go into the studio and record the pieces with all those shows under our belts.”

While writing the tracks that would come to make up A Queens’ Firefly, Friedlander was struck by a Virginia Woolf quote from To The Lighthouse:

“What is the meaning of life? That was all – a simple question… The great revelation perhaps never did come. Instead, there were little daily miracles, illuminations, matches struck unexpectedly in the dark.”

Woolf’s quotation can apply to music as well – music is given meaning by musicians arranging and performing it. But outside the frame of any particular piece is the magic of the chemistry between musicians, which percolates and creates those ‘daily miracles.’ Friedlander composed a collection of songs that gives the musicians a structure for improvisation and sets the stage for fireworks. The band plays with a loose fearlessness that encourages spontaneous eccentricities and moments of synchronicity that were unforeseen, even by its players.

The album opener “A Queens Firefly” is inspired by a memory of Friedlander visiting his wife before they were married, who at the time lived in Queens. Friedlander recalls that, “we would see fireflies in her neighborhood on 35th Street in Astoria while walking in the early evening. We would pause to watch them. Comforting and magical, but unaware of our attention, their lights would blink on and off in the darkness like Woolf’s match strikes.” In ”A Queens’ Firefly, the members of The Throw interpret eight tracks that show off Friedlander’s melodic song writing, as well as his use of sneaky forms and odd meter changes. This is an album by a band of veteran musicians that take these eight pieces and make them shine.

The members of The Throw are all respected musicians in the Downtown scene. Pianist Uri Caine is well known as a bandleader and masterful reworkings of classical compositions. He has played with musicians such as Dave Douglas, Arto Lindsay and John Zorn. Bassist Mark Helias has performed with the original members of Ornette Coleman’s band, along with many musicians associated with the AACM, and has also released six solo albums. Drummer Ches Smith has worked with a diverse group of artists, such as Fred Frith, The Secret Chiefs and the rock band Xiu Xiu. He also writes for small and large jazz ensembles and has released albums of solo percussion under his own name.

A longtime veteran of New York City’s Downtown scene, Erik Friedlander is known for his prolific work as a bandleader having released 22 records under his own name. He is a sought after studio musician, performing with artists as diverse as The Mountain Goats, John Zorn, Dave Douglas and Courtney Love. Whether playing solo or with one of his bands, Friedlander pushes the limits of what the cello can do while maintaining a firm grasp on its traditions.