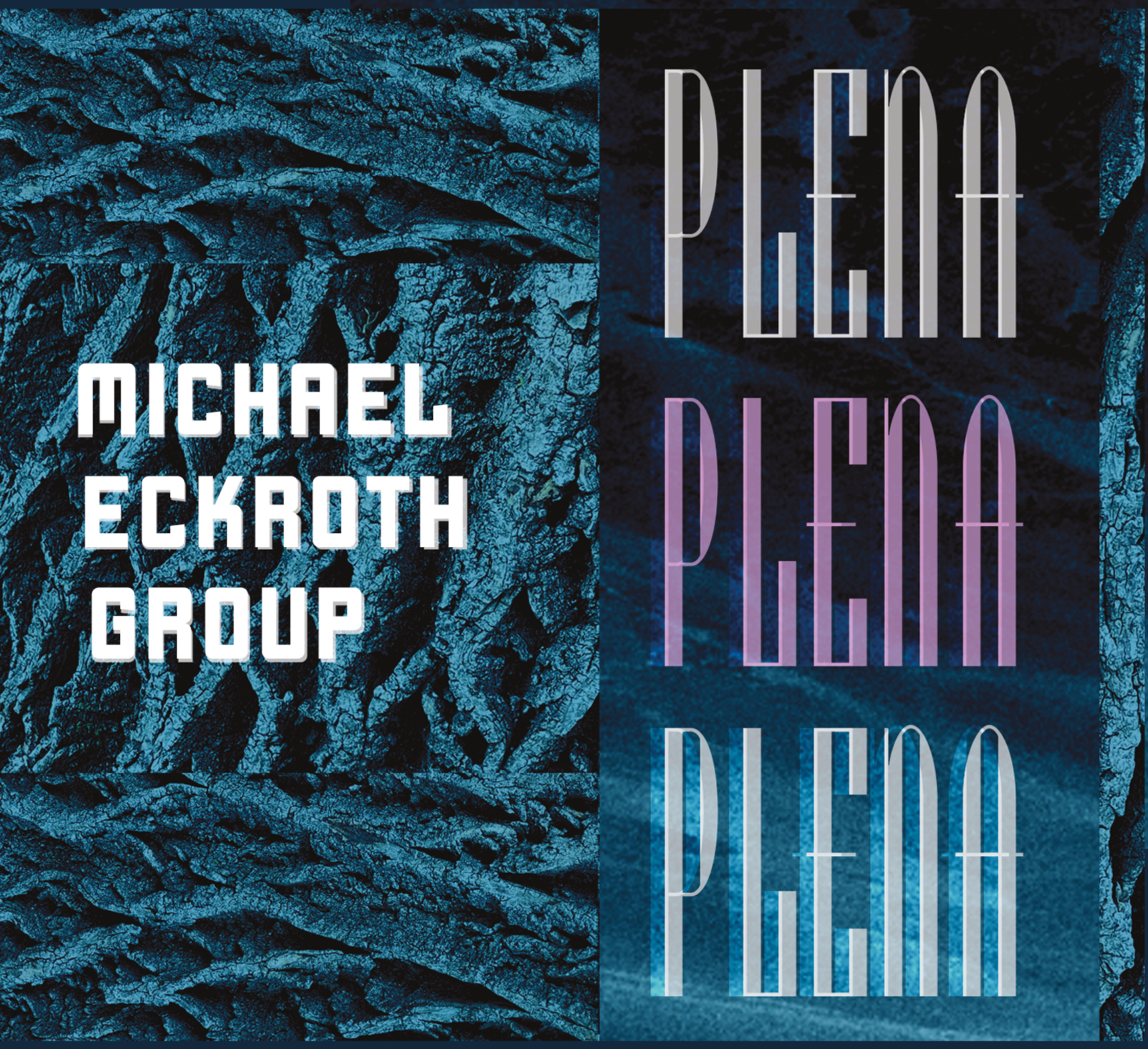 “A modern renaissance musician with the kind of insights into the music that will surprise you.”

Truth Revolution Records is proud to announce the October 15, 2021 release of Plena, a new album by renowned pianist and composer Michael Eckroth. On this eight-track collection of original music, Eckroth has assembled a brilliantly cohesive set that maintains a firm relationship with the foundations of Afro-Latin jazz while actively seeking new avenues of expression. “I was looking to create music that was lyrical, modern, and true to its Afro-Latin roots, but never purist in its approach,” he shares. The resulting work is a mesmerizing Latin jazz set that embraces a wide variety of musical lineages.

Equally at home playing straight ahead jazz, Latin jazz, and a plethora of Latin American and Caribbean styles, the Phoenix, Arizona-native has enjoyed a fruitful career as a bandleader and sideman. A GRAMMY nominated artist, Eckroth’s releases have been received with universal praise and his skills as a pianist and keyboardist have made him a regular fixture on the New York jazz scene commanding the attention of such staple names as John Scofield and Sheena Easton. Recently, Eckroth gained further acclaim as the co-founder of Orquesta Akokán, one of the most invigorating Cuban mambo bands in recent history; their self-titled 2018 release featuring Eckroth’s arrangements went on to receive a Grammy nomination for Best Tropical Latin Album.

Eckroth comes to the fore on Plena, his first full-length release as a leader since 2015’s well-received Piano + Rhythm. The musicians on Plena, which is named in relation to the folkloric music from Puerto Rico, prove to be important contributors exemplified by galvanizing performances by bassist Alex “Apolo” Ayala, drummer Joel Mateo and ubiquitous percussionist Mauricio Herrera. Together, these world-class musicians command attention from the opening moments of “And So It Goes”, laying a solid foundation for Eckroth to let loose. The veteran saxophonist Peter Brainin is a fresh secondary solo voice, laying down a mesmerizing soprano saxophone performance on “Superspreader”, a tune that at times recalls the very best of Hermeto Pascoal’s output.

The music on Plena relies heavily on the superimposition of disparate harmonic and melodic elements with the rhythms of bomba and plena. The title track “Plena” features the ensemble playing a melancholic melody over a slow but effervescent plena rhythm with the percussion section augmented to a great effect by Carlos “Carly” Maldonado. A standout moment is a lyrical solo by bassist Ayala who navigates the harmony with strong melodicism and inviting tone.

The track serves as a blueprint of sorts for the entire project. Eckroth explains: “I’ve felt inspired to incorporate the bomba and plena rhythms of Puerto Rico in this band’s music, partially because of what Joel and Alex bring to the table, and partially as a way to expand the rhythmic repertoire of the group.” A central element to the recording, the role of the percussion in the compositions has been comprehensively considered. “There is a deliberate dialogue between the percussion of Carly Maldonado and the compositional elements I’ve presented, as well as references evident in the playing style of the other musicians,” Eckroth illustrates.

Firmly in the jazz tradition, “Invernadero” is a post-modern contrafact over the changes of the standard “What Is This Thing Called Love”, showcasing the dynamic rhythm section in bassist Edward Perez, drummer Juan Felipe Mayorga, and percussionist Samuel Torres.

The undeniably cool “Soul Cha” features seasoned trombonist John Fedchock blends seamlessly with Brainin on the head, and then shines on a short but masterfully crafted solo. The Grammy-winning trumpeter Brian Lynch lends his distinct voice on “Exotic Particles”,  a composition that would be equally at home on a 60’s Blue Note record – or a classic Latin jazz LP.

Throughout the album, Eckroth demonstrates a keen aesthetic sense in blending folk traditions with modern jazz compositions. “Like much of Latin jazz, this is a fusionistic approach, as I’m not attempting to recreate folkloric playing styles,” the bandleader shares. “This is carving out an individualistic path, all with respect to the creators of these varied folkloric and jazz forms.” The experience and mastery of Eckroth and his cohorts make Plena a delight to listen to, and a worthy addition to the bandleader’s already stellar discography.

MORE ABOUT MIKE ECKROTH
Michael Eckroth, pianist and keyboardist, is an active performer in New York and worldwide, having worked extensively with musicians such as jazz icons John Scofield, Ron McClure, Eliot Zigmund and Paul McCandless. Equally at home in jazz and latin-American music forms, Michael received a Grammy nomination for his work on the 2018 Cuban music album by Orquesta Akokan, which received rave reviews on outlets such as NPR and France’s FIP. He is also a recipient of a PhD from New York University and a former music professor at Dartmouth College. In Fall 2021, Michael will enter a full-time position as Assistant Professor of music at Florida International University.

Throughout a varied career which covers musical styles from jazz, R&B, pop, salsa, Cuban music, and American and world music in general, Michael has shared the stage with performers with as varied pedigrees as pop icon Sheena Easton and jazz legend Scofield. In an over 15 year stint as a New York-based musician, Michael performed on local stages everywhere from major jazz clubs like Blue Note, Birdland, 55 Bar, Zinc Bar and Smalls to larger NYC venues such as Lincoln Center’s Summer Stage. On the international stage, Michael has performed in venue and festival settings everywhere from the Hamburg Elbphilharmonie, the North Sea Jazz Festival, Jazz al Parque and Salsa al Parque in Bogotá, SFJazz, WOMAD festivals in the UK, Australia, and New Zealand- all over the United States, the Americas and Europe in concert halls, jazz clubs and outdoor festival settings.

Michael is an avid recording artist, writer and arranger who continues to draw accolades for his work in various settings. With several solo albums to his name, he also is called upon as a collaborator who has worked on dozens of original-music albums as pianist, keyboardist, or musical director. Among the many collaborations he’s brought forward are the groups La Voz De Tres (with Jason Ennis and Natalia Bernal) and DEFtrio (with Greg Diamond), and various productions with Broadway/R&B artist Syndee Winters. He has also worked alongside Grammy-award winning producer Jacob Plasse on a variety of popular and world music projects as writer and arranger. He has most recently recorded as a solo artist or collaboratively for Daptone and Truth Revolution records in NYC.

All music by Michael Eckroth