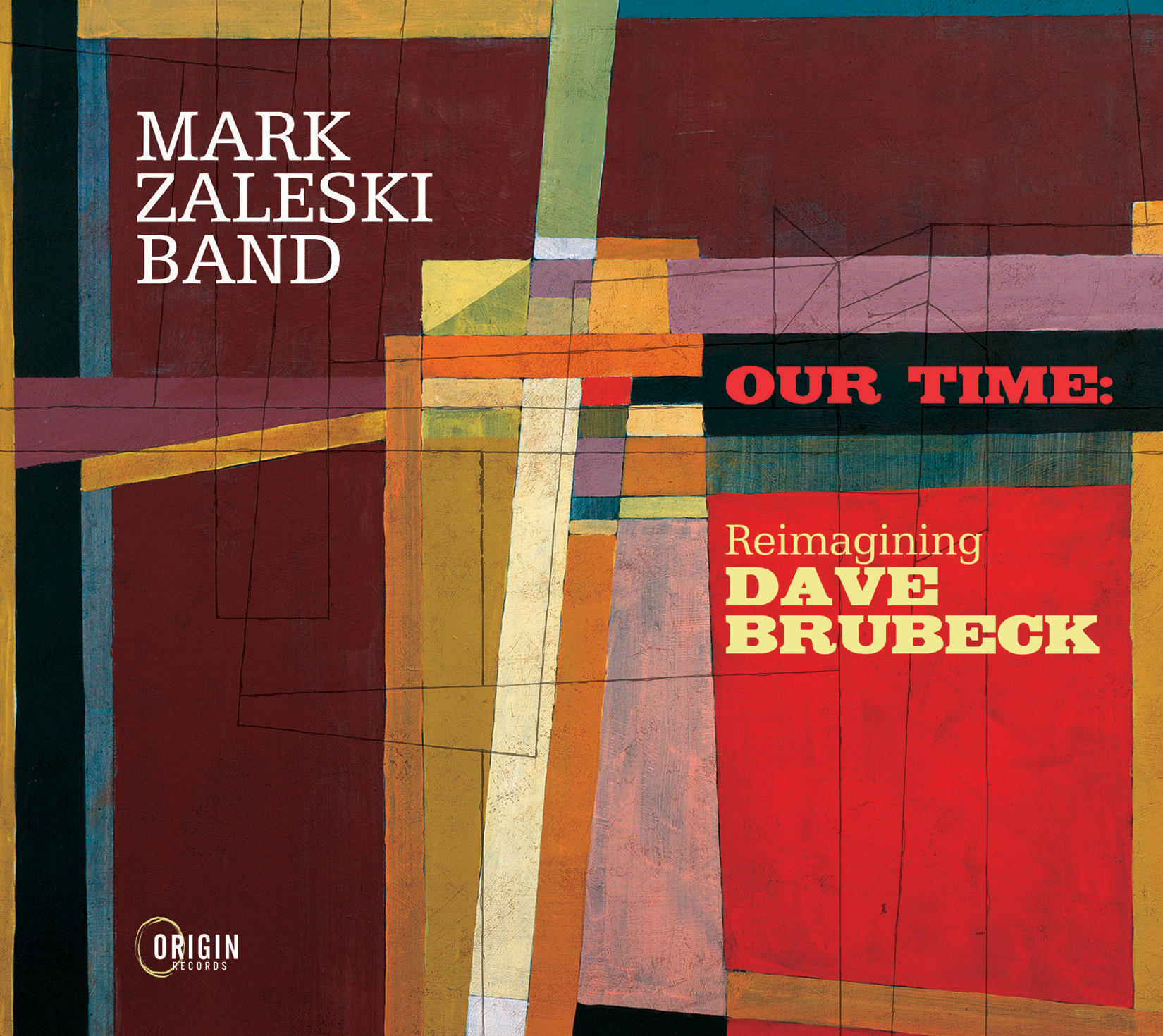 Zaleski, an early graduate of the prestigious Dave Brubeck Institute in California, credits Dave and Iola Brubeck for helping form him into the musician he is today. One particularly vibrant memory is from 2003, when Zaleski met the Brubecks, then in their 80’s, on only his second day on campus. “Regardless of Dave’s fame and stature, they welcomed us with open arms and big smiles. They couldn’t have been kinder, which calmed our nerves in a big way,” reflects Zaleski.

Another standout moment from his time at the Brubeck Institute occurred at the Library of Congress, when Zaleski and bandmates were preparing for their first show with Dave and Christian McBride. “Dave listened to us play his “In Your Own Sweet Way” and we played it exactly the way it sounded on his recording.  We thought we were doing excellent work by studying the master doing things his way, but playing this tune like Dave did very much upset him. He insisted that if we were going to play his music, it’s imperative that we “find our own voice.” Only now, 16 years after I finished my time at the Brubeck Institute, I think I’m truly ready to take on that challenge.”

Our Time: Reimagining Dave Brubeck goes far to celebrate Brubeck’s legacy and classic compositions with decidedly modern arrangements that reflect Zaleski’s singular, nuanced approach. Illuminating these selections is a seasoned ensemble with seamless interplay no doubt informed by the deep-rooted history between Zaleski and his musical compatriots. Mark and his brother Glenn Zaleski have played collaboratively for over twenty years while he and saxophonist Jon Bean have collaborated for ten. On Bean, Zaleski remarks that “we work together as if one mind is manipulating both of our musical voices.”

The album begins with the quintessential opening refrain of “Blue Rondo A La Turk” from Brubeck’s 1959 smash Time Out. “The first time I heard “Blue Rondo A La Turk”, it immediately opened up my ears to two distinctively “Brubeck-ian” ideals; the use of “odd” time signatures, and the fusion of American jazz with musical styles from other parts of the world,” shares Zaleski. In his take, he decided to use a variation on the original 9/8 meter under a cushion of electric guitar effects as a vehicle for improvisation before a brief, bright and classic 12-bar jazz blues form that Dave and Paul Desmond blow over in the original recording. Zaleski adds that in “true Mark Zaleski Band form, there is some harmonization on the melody as well.”

The album continues with “The Duke”, a 1955 Brubeck composition dedicated to Duke Ellington. Zaleski’s version honors the integrity of the composer’s brilliant melodies while featuring harmonies and solos that showcase the members of the ensemble. The piece features showstopping solos from both Zaleski brothers. “Softly, William, Softly” is a hidden gem from a lesser known album called Time In. The track features a sextet arrangement of a fugue-like introduction that Brubeck played with his trio while the solo sections showcase some of Zaleski’s blues and rock influences. The bandleader demonstrates his masterful facility on his instrument over a bluesy triple meter swing.

”They Say I Look Like God” was originally written for Louis Armstrong to sing in the scarcely performed jazz musical The Real Ambassadors. The tune was written as a critical satire of the State Department tours of the 1950s on which Brubeck and Louis Armstrong were fixtures. While these tours intended to improve the public image of the US in the light of criticism from the Soviet Union around racial inequality and racial tension, this poignant song discredits the notion that racial inequality was a thing of the past. “Even though we are long past segregation, this song has a shocking relevance in 2021 in light of harrowing, cold-blooded, accounts of racist acts here in the United States caught on camera in just the last few years.  While I’m sure the Brubecks knew very well that the release of this musical in 1962 would create some tension and discomfort amongst a portion of their followers, using their platform to promote peace and equity for all human-kind was their top priority.  I hope I can use my small platform and privilege to do the same with my art,” Zaleski reflects.

With Our Time: Reimagining Dave Brubeck, Mark Zaleski captures Brubeck’s unbridled ingenuity, bringing these heralded classics into the present. To quote Zaleski: “How do you give something back to people who changed your life forever? Follow in their footsteps, honor their legacy, and do what you can to make their legacy continue to future generations.” This new offering does just that.

Zaleski has released three earlier recorded works as a bandleader, has lended his supple, singular instrumental stylings to dozens of acclaimed albums as a sideman, and has performed with a diverse group of notable artists including Christian McBride, Ian Anderson, Louis Cole, Lake Street Dive, and Dave Brubeck. Additionally, Zaleski is a faculty member at Berklee College of Music and the New England Conservatory.

All music by Dave Brubeck.