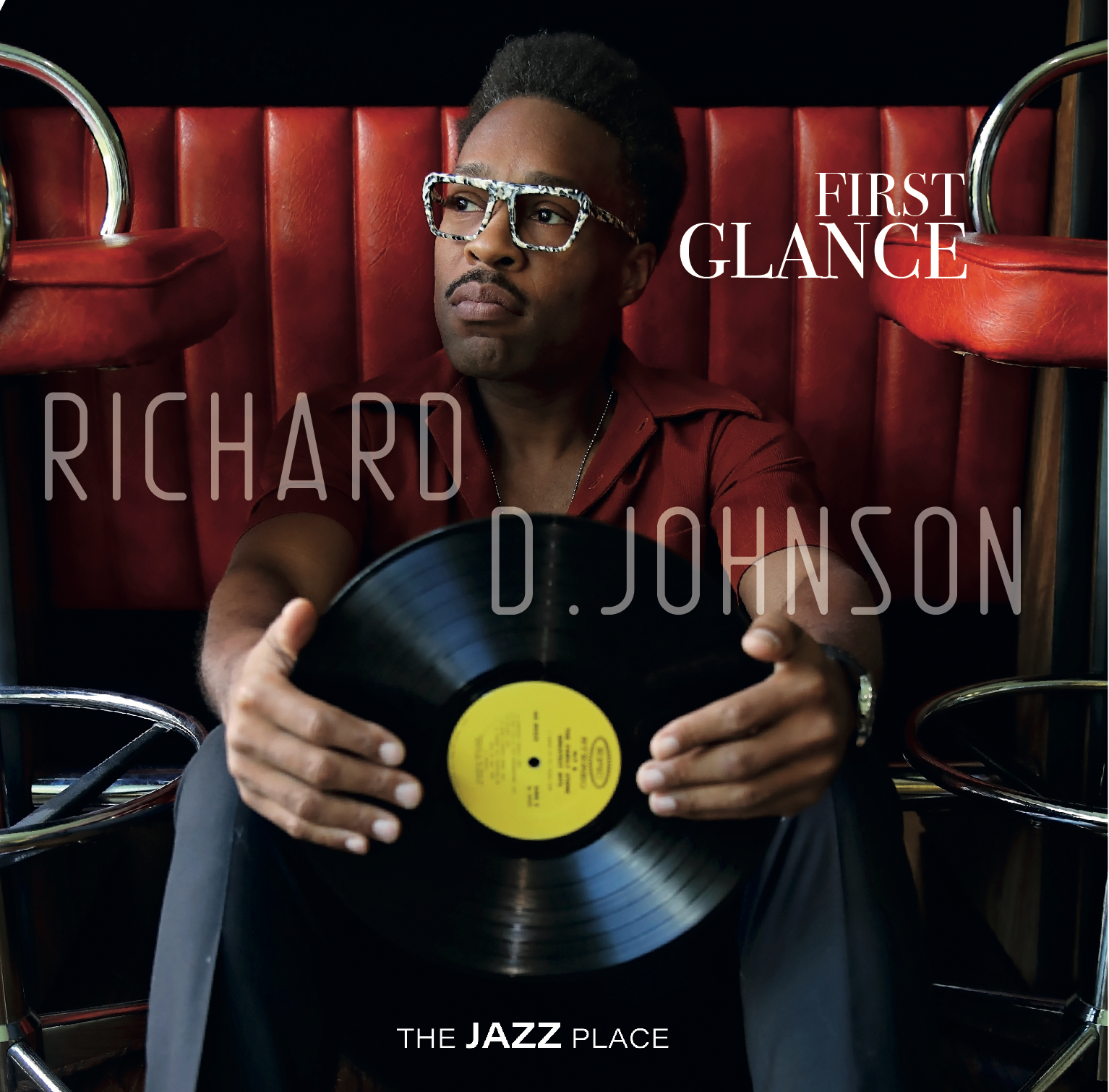 Pianist and composer Richard D. Johnson is proud to announce the release of his latest recording, First Glance, due out August 27, 2021 via Afar Music. The product of a spontaneous recording session, this all-original program showcases the Chicago-based pianist and composer at his musical prime. Touching on the overwhelming sensation that the sight of beauty can elicit, First Glance promotes a positive worldview and a melting pot of experiences.

Inspired by a rollover window of studio time, Johnson’s sixth release as a bandleader took form spontaneously after the pianist joined saxophonist Sharel Cassity for her 2020 recording Fearless. The ensemble, comprised of ace bassist Alex Claffy and high-powered drummer Mark Whifield Jr., had just finished recording Fearless on day one out of two booked at Victorian Studios in Chicago. With the spirit of Cassity’s album in mind, the crew seized the remaining studio session to record eight of Johnson’s own tunes, learning them all in one evening. With organist Paul Mutzabaugh added to the lineup, First Glance is a luminous display of individual talents melded into one cohesive whole.

Much of the material on First Glance calls upon Johnson’s time spent traveling and performing in the Midwest and Middle East. The album opener, “The Cut Off,” specifically observes Johnson’s period in Doha, Qatar, amidst a moment where he witnessed the country’s driving spirit to survive at all costs and become self-sufficient.

Traversing decades of rich life experience and musical creation, “Soprano Blues” is a song Johnson stumbled upon when convening the album, a tune he wrote at the age of seventeen with a simple ¾ waltz tune. Speaking more to the present, “No WiFi” is a commentary on a distinctly modern sensation that arises when there is no internet to be found. As this expression tends to get repeated over and over, Johnson wrote in a looping part at the end, influenced by the sound of a “broken record” skipping repeatedly on the same part.

One particular highlight for Johnson is “Last Minute,” a track he wrote as a tribute to his mentor, Mulgrew Miller. This original pays homage to Miller’s track “The Eleventh Hour” and features several musical elements that Johnson learned from his mentor.

“Sunday Devotion,” closes off the album with a nostalgic tone. Celebrating his upbringing in the Baptist Church, the younger Johnson would play piano alongside his father on organ. Evoking a Sunday morning service, feelings of gratitude and discipline flow alongside the resonant keys of Mutzabaugh’s organ.

“First Glance is really about people who see something and are overwhelmed with the beauty right at first glance,” Johnson shared. “The album is a journey through that first glance and each song is an individual experience translated into music.”

Born in Pittsburgh, home to jazz greats Art Blakey, Ray Brown, Jeff “Tain” Watts and Ahmad Jamal, Richard D. Johnson has strong territorial jazz roots. He was first introduced to the piano at the age of five by his father, a gospel pianist from Baltimore, MD. Since then, he has cultivated a rich and pedigreed musical background being schooled by some of the most legendary jazz musicians and studying at the most esteemed institutions of music. After receiving a scholarship and graduating from the Berklee School of Music in just two years, Richard entered the Boston Conservatory where he earned a Master’s degree in Jazz Pedagogy. He then went on to receive an Artist Performance Diploma at the Thelonious Monk Institute of Jazz Performance at New England Conservatory under the direction of Ron Carter.

Richard was invited to become a member of Wynton Marsalis’ Septet and the Jazz at Lincoln Center Orchestra, which he did from 2000-2003. He also played as part of the Russell Malone Quartet, Delfeayo Marsalis Quintet & The Bobby Watson Quartet. After completing his tenure with those groups Richard started the Reach Afar program for young people in 2003 catering to the ages of 7-17, educating them about  jazz, classical & Hip-Hop music.

Richard has traveled extensively, sharing the gift of jazz to audiences around the world. As a representative of the United States through the U.S. State Department, Richard was named United States Musical Ambassador. During that time he did six state department tours that took him to Central and South America, Africa, & The Middle East affording him the opportunity to perform in more than 76 countries. Richard has also accompanied such jazz icons as Wayne Shorter, Herbie Hancock and Arturo Sandoval.

In 2005 Richard became the musical director for the Atlanta Spirit LLC. This joint project enabled him to create a live instrumental five member band for the N.B.A and perform at all forty-six home games and outside activities. In 2007 Richard had the once in lifetime opportunity to run around the world for the Blue Planet foundation. The focus of this project was to create safe, clean, drinking water for people in need all over the world. He was hand picked from over 10,000 athletes. This venture sponsored by D.O.W chemical company and Nike enabled 21 runners as a team to circle the planet on foot over the course of 4 months.

One of Richards other strengths is administration and music management. In 2013 he began visiting Doha Qatar as a performing artist at the Jazz at Lincoln Center venue. Having been well received there numerous times he was presented with the opportunity in 2015 to be the acting on site full time “Jazz Ambassador” in partnership with the St. Regis Doha Hotel branding company.

Currently Richard is the founding member of “Johnson Works LLC” a management placement service for musicians. In his current role he performs with world-class artist promoting jazz to a vast array of audiences. Richard also serves as one of the two full-time Jazz professors at Peabody Conservatory in Baltimore, MD as well as the piano instructor for the Ravinia Jazz Program located in Chicago, IL.