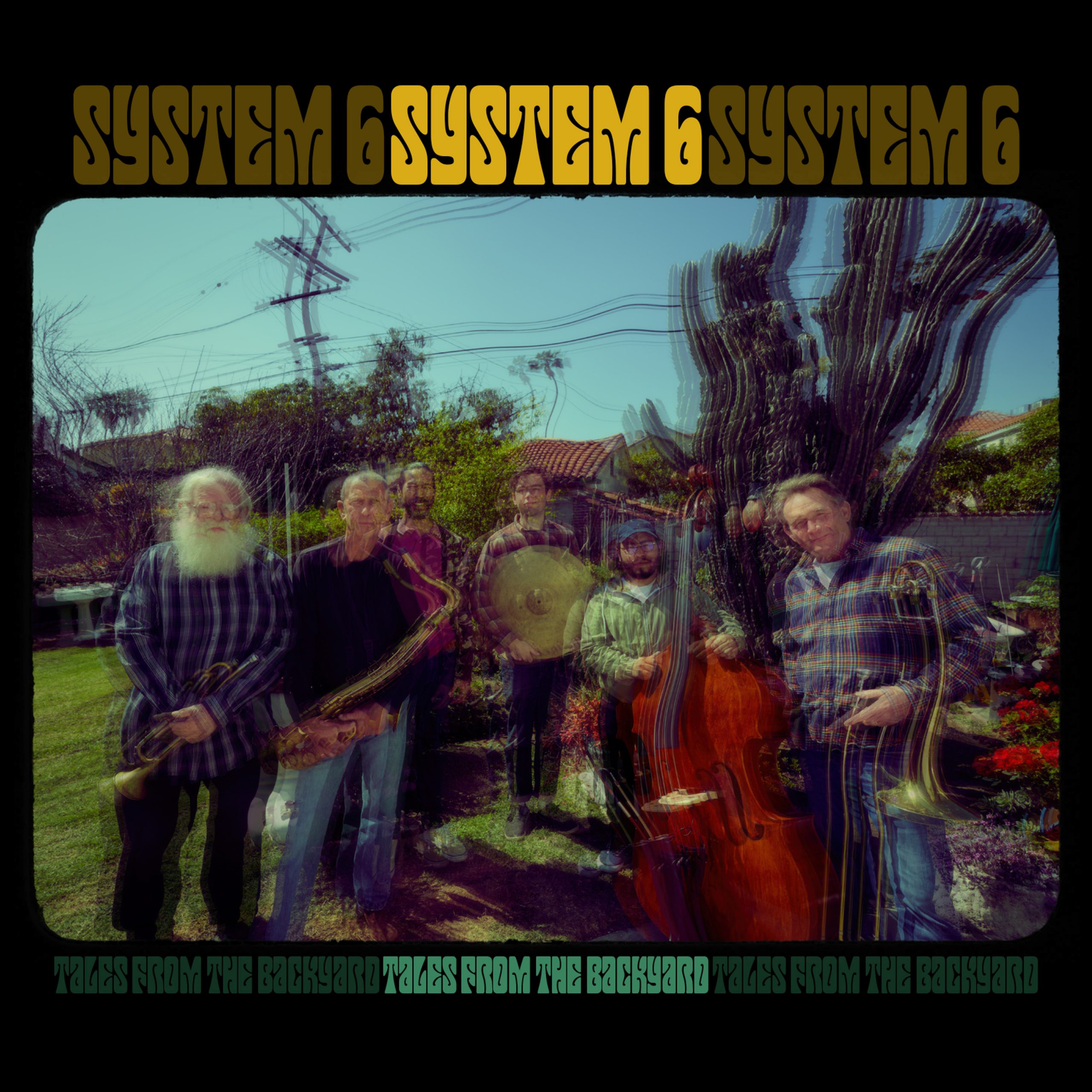 English-born and Los Angeles-based saxophonist Benn Clatworthy is thrilled to announce the August 13, 2021 release of Tales From the Backyard, the latest release from Clatworthy’s long-standing sextet System 6. A follow-up to 2020’s critically-acclaimed release Bennie’s Lament, Tales From the Backyard allows the listener a glimpse into composer Benn Clatworthy’s lens with music that tells personal tales and makes profound observations of a world in crisis. This album sees an updated iteration of System 6 – multi-reedist Clatworthy is joined by long-time collaborators Ron Stout on trumpet and Joey Sellers on trombone filling out the group’s front-line accompanied by pianist Bryan Velasco. The rhythm section features the new addition of Drummer Tyler Kreutel as well as 19-year-old bass prodigy David Reynoso. Yayo Morales, who filled the drum seat on Bennie’s Lament, co-produced, mixed and mastered this release – and added percussion on various tracks.

Tales From the Backyard portrays a collective of stellar musicians desperate to collaborate and innovate in the face of great strife and upheaval. With the implementation of Covid-19 restrictions in Southern California, this masterful ensemble did whatever it took to stay the musical course, including holding socially-distanced rehearsals in Clatworthy’s backyard throughout the duration of the year. After months of workshopping the substantive material and creating a faultless synergy between the players, Clatworthy decided that it was time to harvest the fruit of their labor. Tales From the Backyard was recorded in its entirety in a single-day session at No Sound Studios in Pasadena, CA on March 9, 2021.

Clatworthy, celebrated for his compositional prowess, penned seven out of the album’s eight tracks, presenting compositions with forward-facing hard bop sensibilities, muscular rhythmic interplay and nuanced melodic invention. These new additions to his pantheon of noted works act as vehicles for Clatworthy’s improvisational acuity which harkens back to the harmonic ethos of late 1950’s John Coltrane with notes of Sonny Rollins and Warne Marsh. Pulling from a diverse array of musical inspirations in composing this music, Clatworthy is driven by what he describes as a “search for beauty.”

From the very first downbeat of Tales From the Backyard it’s clear that this is a hard-hitting, take-no-prisoners ensemble that seamlessly blends virtuosic improvisation with fervent story-telling. Clatworthy takes listeners back to the classic 1960’s Blue Note sound on the album’s opening track “The Vegan”, a composition perhaps designed as a personal calling-card for Clatworthy who indeed is a vegan. A true ensemble piece, “The Vegan” features masterful solos from Stout and Velasco and Clatworthy demonstrates his stunning facility on soprano saxophone.

The album’s second track, “The Studio”, tells a story of loss – the unhurried Latin-tinged piece was composed upon the passing of Clatworthy’s father several years ago. Clatworthy recalls the surreal feeling of sitting and watching the sunrise in his father’s studio in the early morning prior to his funeral. In those moments, this composition came to him.

Clatworthy continues his reflection on years past with two pieces dedicated to important women in his life. “Calypso Trisha” recalls memories of his native London and, in particular, his neighbor Aunty Patty who lives next door to his family home. “This One Is For Celia” strikes a more gentle chord – this tender ballad is dedicated to Clatworthy’s mother in law, Celia Enriquez, whom the bandleader describes as a “wonderful woman”. Clatworthy presents the melody and takes a particularly lyrical solo on flute on this one.

“Ballad For George Floyd” tells the story of George Floyd murder at the hands of the Minneapolis police department. This haunting piece demonstrates the anger, sadness and disdain that the nation felt in the aftermath of Floyd’s death.

The frontline shines on “The Mystic Feminine Charms of Caesura Chonchalita”, an Afro-Cuban epic composed by trombonist Joey Sellers. Horn harmonies are accentuated by the tight-knit groove of the steadfast rhythm section. “WAFM”, based on Messiaen’s fourth mode of limited transposition, begins with an insatiable groove from young bass master David Reynoso. Reynoso brings an eager, enthusiastic energy to the group and provides supple, tasteful playing throughout. Clatworthy remarks “he’s going to be a phenomenon.”

The album concludes with Clatworthy’s “The Skipper Meets the Pharoah”, a composition initially commissioned by bassist Henry “The Skipper” Franklin who recorded it on his album Showers of Blessings. Clatworthy celebrates the great Pharoah Sanders on this bright-tempoed swing piece. Stout and Clatworthy take turns soaring over Velasco’s rhythmic comping before Velasco himself takes off on the changes. Kreutel demonstrates his stunning improvisational chops before the band delves back into the melody. This energetic, inspired piece demonstrates the shear heights of this ensemble, leaving the audience wanting for even more.

Tales From the Backyard