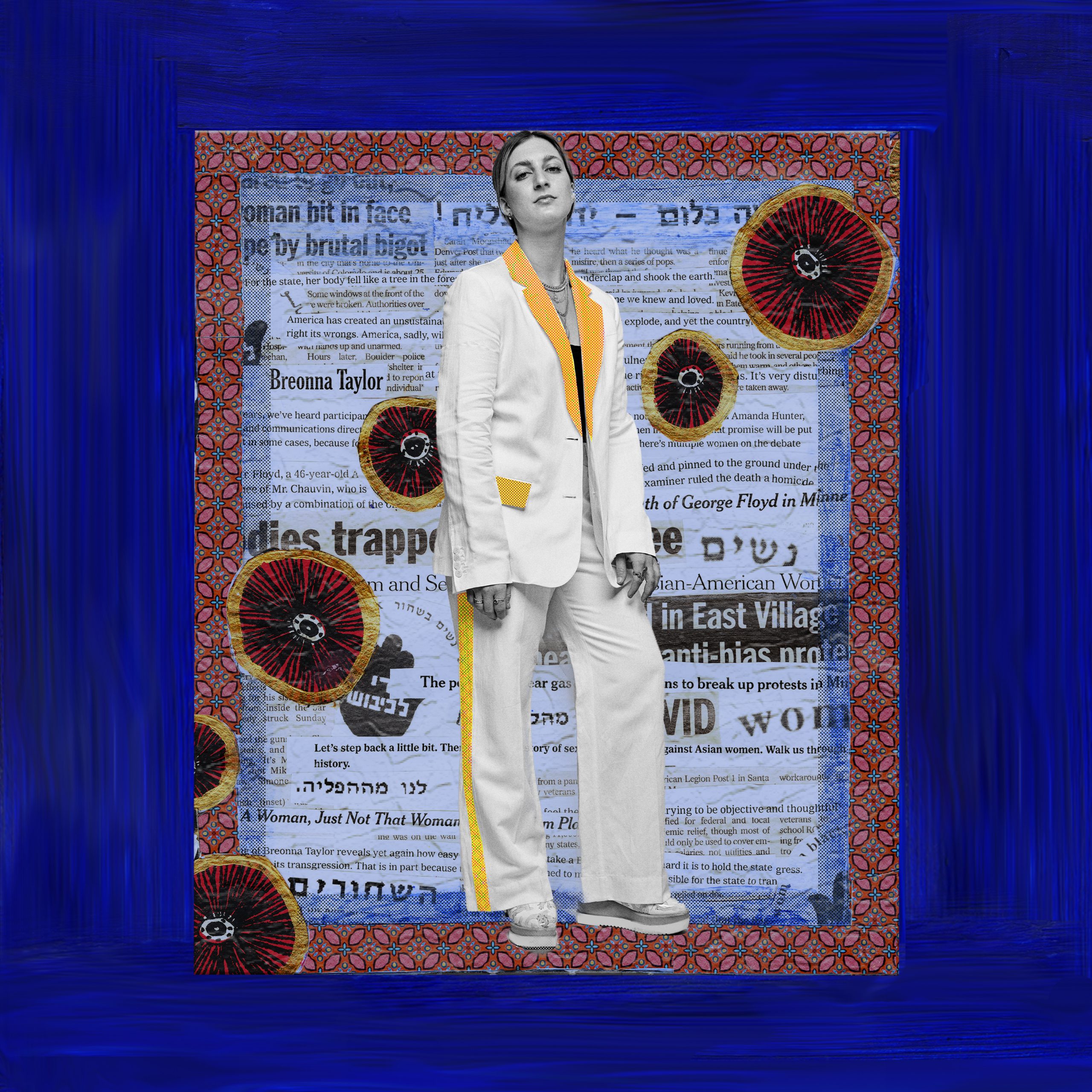 Bassist and Composer Adi Meyerson Announces New Album I Want To Sing My Heart Out In Praise of Life, out August 6, 2021

Bassist and composer Adi Meyerson is proud to unveil her new full length album I Want To Sing My Heart Out in Praise of Life. On her adventurous sophomore offering, the adroit musician takes listeners on a six-part musical journey inspired by the life and work of iconic avant garde visual artist Yayoi Kusama. Using Kusama’s work and intentions as a springboard, Meyerson aims to create a sonic safe haven for listeners that mirrors an ideal, utopian society devoid of negativity and strife. Featuring Marquis Hill on trumpet, Anne Drummond on flute, Lucas Pino on bass clarinet and saxophone, Sam Towse on keys, Kush Abadey on drums, spoken word artist Eden Girma and vocalists Sabeth Perez and Camille Thurman, this powerful new album will be available everywhere on August 6, 2021. Meyerson will be celebrating the album release at Minton’s in New York City that evening at 7:00 and 9:00 PM.

Meyerson’s latest release first gained legs in late 2017, when she and a friend attended an exhibit featuring the work of Yayoi Kusama in downtown New York City. She was moved by Kusama’s artist statement and personal story; notably how her art provides a utopian place for people, as well as the artist, to spiritually and mentally escape to. The art itself resonated with Meyerson too. Meyerson has synesthesia – a neurological condition in which two senses overlap and trigger each other (also commonly called “crossing of the senses”) – and in her case, she sees color when she hears certain pitches. To Meyerson’s surprise, much of Kasama’s color palette matched her own visual perception when she heard certain pitches, giving way to an unconventional but creative compositional process that involves Meyerson deriving melodies from the colors she sees.

A few years later, and with a supportive push from her graduate school professor Dave Liebman at Manhattan School of Music, Meyerson decided to put pen to paper on what would eventually become I Want To Sing My Heart Out in Praise of Life. “I describe my experience with this project as a journey, because a lot has happened in the time that I conceived of it and now,” reflects Meyerson. She cites the pandemic lockdown as being an important part of the final product. Using Kusama as a catalyst, “the music and the message behind it took on a new form, and became a vehicle for me to further explore my identity and womanhood and face my own mental health struggles,” she shares. I Want To Sing My Heart Out in Praise of Life is her offering – and like Kusama aims to do with her own work, Meyerson hopes to immerse listeners in their own sonic version of utopia upon listening.

Album opener “Prelude” establishes the mood with spoken word artist Eden Girma leading the charge. Treating the celestial melodic theme as if it were a drone, the emotional charge builds swiftly as new colors and vibrant textures envelop the listener, setting the stage for what’s to come. Track two is “Kabocha”, which features a counterpontal melody presented over Meyerson’s groovy ostinato bass line. The pitch material for this track, which takes inspiration from Kusama’s fantastical installation of the same name and means “pumpkin” in Japanese, was derived from the colors Meyerson sees in the work, and the rhythmic pattern comes from a well-known recording of Kusama reciting her poem “On Pumpkins”. Both Lucas Pino, on bass clarinet, and flutist Anne Drummond take particularly affecting solos on this dynamic musical odyssey, which opens with Kush Abadey’s masterful drumwork.

Marquis Hill features prominently on “Follow the Red Dot”, which like its predecessor, utilizes the pitches that coincide with the bandleader’s synesthesia. The driving energy of the piece mimics the “simultaneous feeling of chaos and perfect organization I felt when standing in Kusama’s Red and White Polka Dot Room,” shares Meyerson. This tune is also an ode to the artist’s provocative 1965 work “Phalli’s Field”, which is a favorite of Meyerson. Lined with mirrors and carpeted with a plethora of polka-dotted fabric protrusions that Kusama called ‘a sublime, miraculous field of phalluses’, the installation was an important moment for the artist. Next up is “Caged Bird”, a brilliant feature for Camille Thurman who sings and scats a compelling ode to the “perfect world” and what we’d have to change as a people to get there. In composition and lyric, Meyerson paid tribute to two of her favorite literary pillars: Angela Davis and Maya Angelou.

Part V, “Infinity”, is once again directly inspired by Kusma – in this case, her famous Infinity Mirror Rooms. Opening with an exceptional solo by Meyerson and prominently featuring Sabeth Perez’s ethereal wordless vocals, this contemplative tune is written from the perspective of one looking in the mirror, and examining oneself. It is also an homage to Meyerson’s native Israel, and a nod to its infinite complexities – both as a place, and in relation to her own identity. The poignant and moving title track closes the album, and is a thoughtful parting gift from the bandleader. ““I Want to Sing My Heart Out in Praise of Life” is meant to be a prayer for those who feel they cannot live their life to the fullest,” says Meyerson. “It’s also a reminder for all humans that being alive is a gift and worth celebrating.” This emotional closer is made even more powerful by it’s pared down instrumentation – Thurman’s soulful voice is accompanied only by Sam Towse’s gorgeous accompaniment.

I Want To Sing My Heart Out in Praise of Life is an important new addition to Adi Meyerson’s impressive musical canon. Her debut album, Where We Stand, was released in 2018 to widespread acclaim. Bob Doerschuk of Downbeat Magazine awarded the album a coveted four and a half stars and called it “intuitive and perspicacious…displays a musical maturity that belies her newcomer status.” Since arriving in New York in 2012, Meyerson has established herself as a first-call bassist – she performs regularly throughout the city’s top jazz venues, and has played with a who’s who of jazz greats including Joel Frahm, Joe Magnarelli, Steve Nelson and Charli Persip, among many others. With her own group and as a side musician, Meyerson has performed all throughout the United States, Latin America and Canada.

This project was generously funded by a grant by the New York Foundation Arts 2020 Women’s Fund.