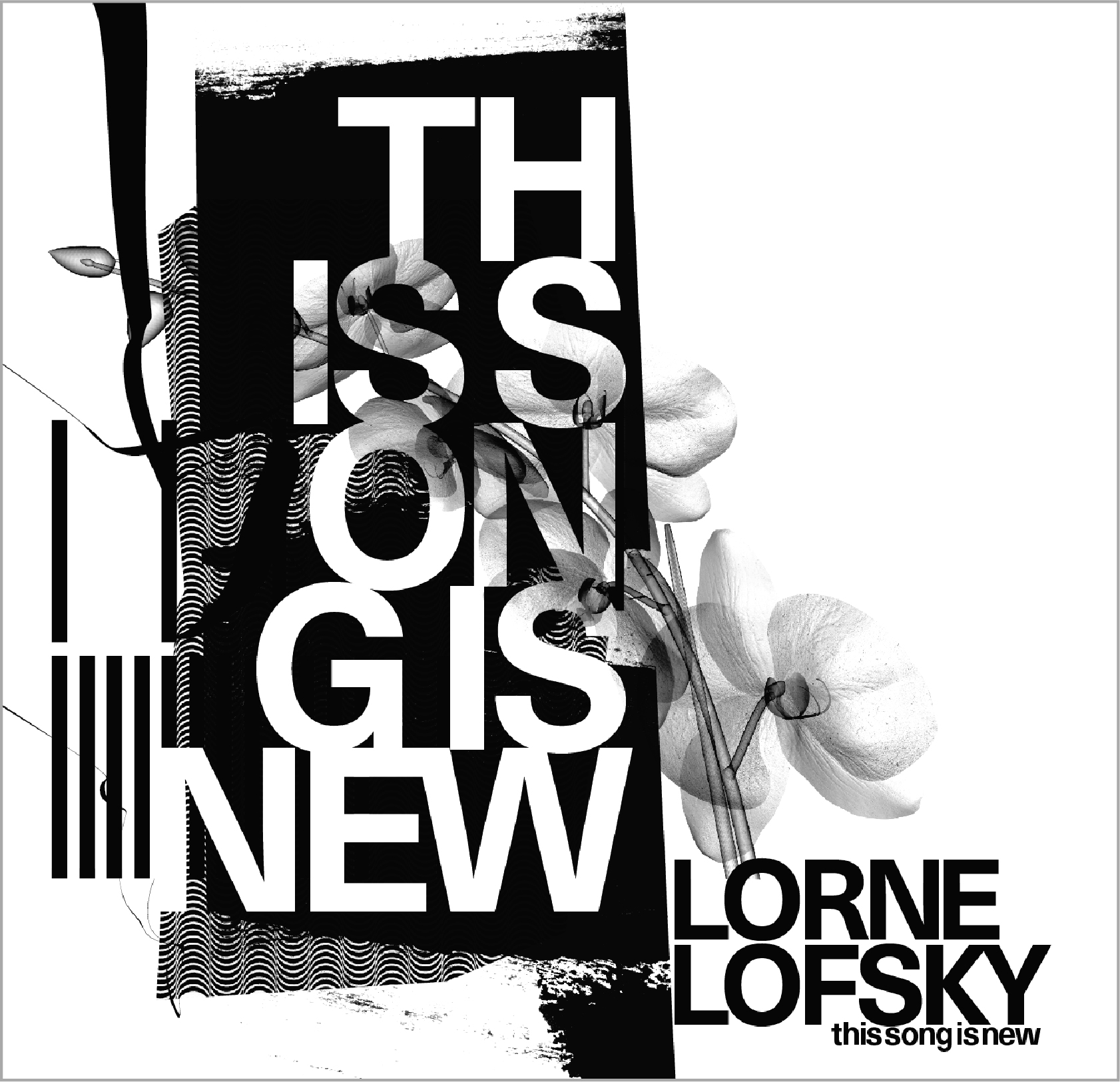 Modica Music is proud to announce the April 2, 2021 release of This Song Is New, a rousing new recording from Canadian jazz guitarist Lorne Lofsky. A master guitarist known for his pianistic voicings and virtuosic skill, Lofsky is considered one of Canada’s great musical treasures. This Song Is New is his first recording as a leader in over two decades, and signals an exciting new page in Lofsky’s illustrious career. Joining Lofsky is his tight-knit quartet made up of his longtime musical associates: Kirk MacDonald on saxophone (with whom Lofsky has played extensively since the early 1980’s), bassist Kieran Overs, and drummer Barry Romberg.

Born, raised and based in Toronto, Lofsky’s career began when Oscar Peterson offered to produce his first record, It Could Happen To You (Pablo Records), in 1980. During the years that followed, Lofsky worked extensively in the Toronto area, and toured with the likes of renowned saxophonist Pat LaBarbera, and fellow guitarist Ed Bickert. Bickert and Lofsky’s fruitful collaboration ran from 1983 through 1991 and produced two widely-acclaimed recordings including the well-known 1990 Concord release This Is New. In the mid-1990’s, Lofsky gained further recognition as a member of the Oscar Peterson Quartet. From 1994-1996, Lofsky toured with Peterson’s group at venues all over the world from Carnegie Hall to the Montreal Jazz Festival, and appeared on three recordings. Lofsky was Chet Baker’s “go to” Canadian guitarist – heavily featured on the legendary Jazz Trumpeter’s 2000 release “Live at the Renaissance II”. His other notable collaborations include performances with Dizzy Gillespie, Ray Brown, Benny Carter, Joey DeFrancesco, Dave Holland, Rosemary Clooney and Clark Terry, among others.

While Lofsky has built a widely-respected reputation as a world-class player, he has also become known as a prominent and sought-after educator. Currently, he teaches at York University and Humber College in Toronto, has an extensive private teaching practice, and he has guest lectured at a plethora of top-notch institutions such as St. FX University in Antigonish, Nova Scotia and McGill University in Montreal, among others.

With a resume like Lofsky’s, it may seem as though he has already accomplished all he set out to do, and it would be perfectly reasonable for him to rest on his laurels. That is, however, not the case, as the musician is on an unending journey of discovery and is consistently working to refine and evolve his sound. “There’s always a new opportunity to discover something,” Lofsky says. “I’m constantly trying to add more information to my vocabulary, to my skillset, knowing that when it’s time to play, I can tap into that and do it in a way where it’s completely unconscious.” As revered journalist James Hale outlines in the album liner notes, Lofsky eschews outboard effects and pedals, preferring to focus on what he can pull from the strings with his own technique.

While Lofsky is never far away from his guitar, composing is something more sporadic, which explains why it has been nearly 25 years since his last recorded work as a leader. “I’ve been concentrating on playing for most of my life,” says Lofsky. “But every once in a while, I kind of go on this little ‘mini binge’ and I feel inspired to write something.” That ‘something’ comes to life on This Song Is New, making Lofsky’s long-awaited return all the more triumphant.

The resulting work is a seven track collection featuring five new originals and stellar arrangements of Miles Davis and Victor Feldman’s “Seven Steps to Heaven” and Benny Golson’s “Stable Mates”, expertly performed by this outstanding quartet.  The bond between this foursome is so tight and intuitive, that the majority of the tracks on This Song Is New were cut in a single take. “We’ve all played together in different sorts of incarnations for a long, long time. There’s a lot of chemistry, a lot of trust. When we play, we don’t really have to talk. It’s like putting on four very well-worn baseball gloves; it’s just, go.” Originally meant to be a casual readthrough at Roberto Occhipinti’s Modica Music Studio in Toronto, Lofsky had no intention of releasing the recording commercially until he heard the exceptional results.

Looking at the material as a whole, the consistent thread throughout is Lofsky’s quest to approach music in new ways, particularly when it comes to revisiting tunes like “Seven Steps” or “Stable Mates”—whether it’s in the time signature or the harmony. “It’s not about emulating what I’ve heard; it’s about tapping into something the music suggests. I try to stay open to different things that might come to mind and open to new possibilities in my playing.” On a song-by-song basis, his approach yields consistently fascinating results, with his open-eared philosophy inspiring his collaborators to dig deeply into their own imaginations.

Looking over the entirety of this ‘get-together with friends,’ that wasn’t originally intended for public consumption, Lofsky is characteristically torn between acknowledging the achievement, yet seeing it as one more step on a journey. “It’s a jazz record. This is music that’s instinctive. It’s not a pop record, where the producer spends six months trying to get the right reverb on the snare drum, and the bassist records his parts separately. I’ve put the last 46 years of my life, on a daily basis, into this. And I’m not going to stop working on this, until I take my last breath.”

This Song Is New Track by Track Analysis by James Hale

“Seven Steps” has been recorded at least a couple of dozen times since Miles Davis released it as the title song of his 1963 album, and most have stuck to its original swing time. For Lofsky, the composition represents his ongoing challenge to recast standards in different meters, and with Romberg and Overs along for the ride, this loose-feeling take aptly illustrates how an interesting tune with sturdy “bones” can gain new lustre with an unexpected rhythmic approach.

Lofsky says “The Time Being” refers to where his writing is today. “I’m writing tunes now that aren’t necessarily associated with how I’m typically looked upon: a straight-ahead jazz guitar player. I’m writing because I want to challenge myself. Any recording is kind of a snapshot of where you’re at in your musical/personal life.”

Like the late trumpeter Kenny Wheeler—another Canadian instrumental icon Lofsky worked with—the guitarist loves wordplay in the titles of his compositions. So, while “Live from the Apollo” nods to the legendary Harlem concert hall, it also alludes to astronaut Neil Armstrong’s 1969 leap from the steps of the lunar landing module to the surface of the Moon, and to John Coltrane. “It’s based on Coltrane’s Giant Steps,” with some alternate changes and interplays thrown in, and an alternate melody.”

In his typically off-handed manner, Lofsky says “This Song Is New” is “kind of neat because it changes key partway through, but it doesn’t seem like you’re in a new key.  I was thinking of “The Song Is You,” so people might think it’s based on that, but it’s just the correlation in the title.”

The puns continue with “An Alterior Motif,” named for the altered harmony that abounds in the piece. “There’s a sense of linear and thematic development, and you can really hear the melody unfolding.” The performance has a beautiful tension between Romberg’s drumming, MacDonald’s languid opening solo, and the leader’s short, thoughtful interlude bridging into a more rugged saxophone section.

Lofsky’s use of sly references reaches its zenith on the sprightly “Evans from Lennie,” which not only draws from pianists Bill Evans and Lennie Tristano but reaches out to recently departed saxophonist Lee Konitz as well. “I was just messing with “Pennies From Heaven,” and thinking of Tristano, Konitz, and Warne Marsh because they all wrote really great alternate lines to standard song forms. I studied with Konitz briefly in 1984, just to try to get more insight into melodic development when improvising. I learned that you have to know the melody of a song inside out, be able to juxtapose different parts of the melody, then re-phrase, embellish it, and elaborate on it.” Simple, right?

Finally, Lofsky downplays his Bossa Nova treatment of “Stable Mates,” although it sounds like a radical shift from the straight-up, post-bop takes of the song popularized by Miles Davis, Wes Montgomery, and composer Benny Golson himself. “I changed the chords. That’s nothing to write about by any means, but I liked the fact that, as a Bossa, it has a very different vibe. And it kind of summarizes the way I’ve been working at playing things in five or in seven, and feeling like those time signatures are not something I have to work up to anymore. I just instantly start playing it that way.”

All songs written by Lorne Lofsky except where noted.