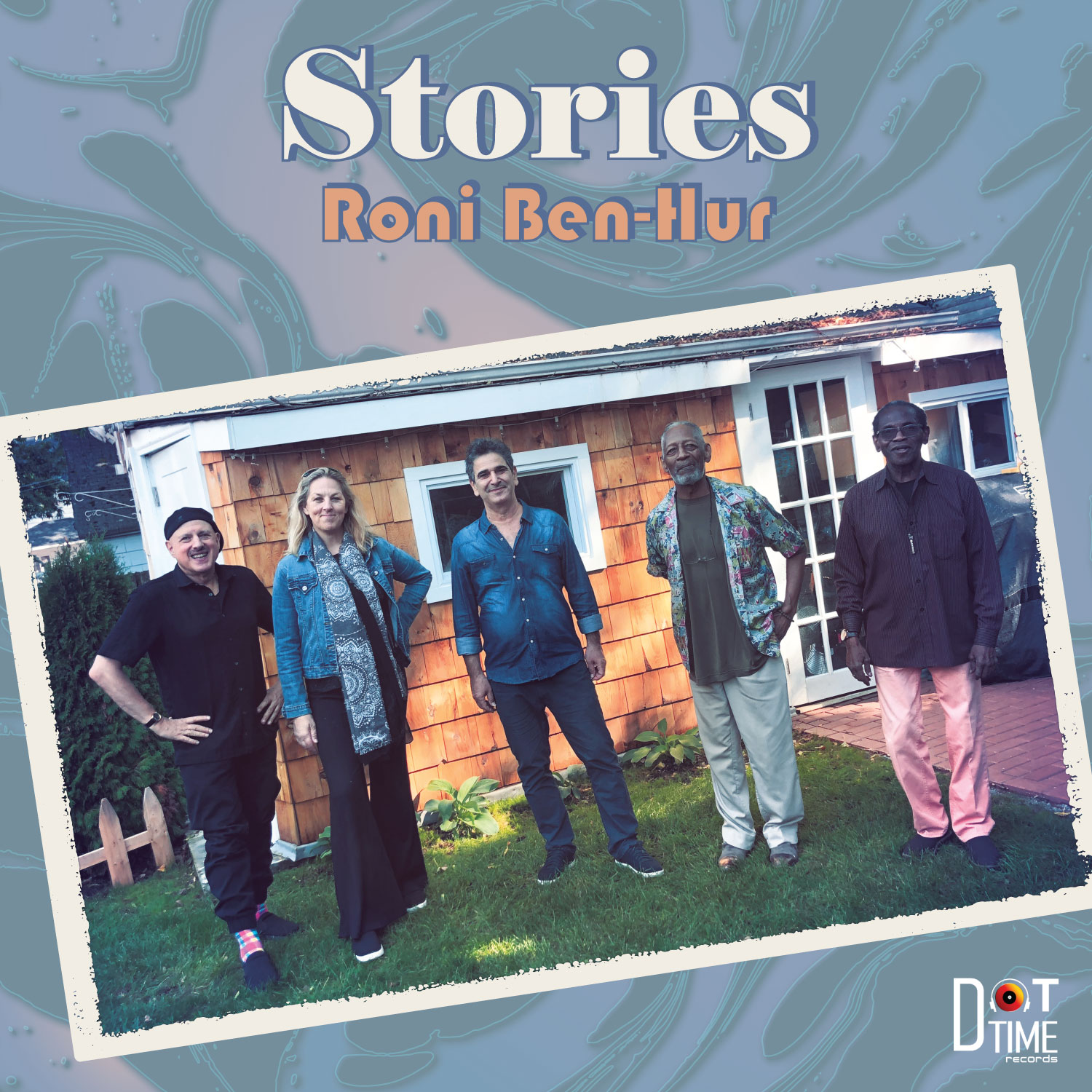 Dot Time Records is proud to announce the March 5, 2021 release of Stories, the newest recording from renowned guitarist and composer Roni Ben-Hur. On his latest collaboration with some of the finest musicians on the international jazz circuit, the jazz guitar virtuoso shares a fascinating collection of Stories from his genre-busting 40-year multicultural musical journey. Joining Ben-Hur is the legendary George Cables on piano, esteemed trumpeter Ingrid Jensen, the steadfast rhythm section with bassist Harvie S and drummer Victor Lewis, and special guest vocalists Magos Herrera and Tamuz Nissim.

“Recording Stories has been a unique and very fulfilling experience, allowing me to incorporate songs I loved since my childhood, and ones that speak to social issues that are important to me, with the exquisite mastery of the artists in this album.  Each person on this recording brought their stories to mine, adding beauty and depth that was beyond my imagination, making it a tale I wanted to listen to again, and again.  I feel very blessed to be able to share this with the world,” shared Ben-Hur.

Ben Hur’s story began in Dimona, a small, provincial desert town in Israel, where he was born in 1962. In Stories, Ben-Hur, who moved to New York in 1985, constructs a timeless lyrical bridge linking his early childhood memories to the world of today.

“Ha’omnam”, with lyrics by the revered Hebrew-language poet, Leah Goldberg, is a story of hope in the midst of struggle written during the darkest days of the Holocaust.  Roni’s sensitive strings accompany the powerfully soothing voice of acclaimed Israeli vocalist Tamuz Nissim. Translated from Hebrew, she sings: You shall walk in the field, alone, without being burnt by the fires on the roads that bristled from terror and blood. Nissim and Ben-Hur remind us that thousands of refugee families and children are experiencing their own holocaust today in war-torn regions around the world.

In “A Redoblar” (Let’s Roll), Victor Lewis’ defiant drum riff introduces a story of oppressed people rising and marching together for freedom and equality.  Magos Herrera, called by the Latin Jazz Network “one of the greatest contemporary interpreters of song,” gives voice to the 1970’s protests against fascist regimes in Latin America.  Towards the end of the song, Herrera passes the musical torch to Ingrid Jensen, hailed as one of the most gifted trumpeters of her generation. With triumphant flare, Jensen boldly blasts through conventional barriers to command attention to both the music and the message. Two powerful women leading with authority and reminding us of the urgent need for justice in America and around the world today.

While Roni’s empathic resonance with the struggles of the oppressed is undeniable, this album is essentially a love story for the music, the cultures and the people who have meant so much to him.  “Ma’of”, a deceptively sprightly song of “taking flight” was written by Ben-Hur for his two daughters as he watched them beginning to take off on their own.  Ben-Hur captures the mixed emotions of fathers everywhere as he sets the ensemble loose chasing the ineffable melody of youth on its unstoppable flight to independence.

“Something for Kenny” is a composition by Elmo Hope, a 1950’s/60’s mainstay jazz pianist and largely unheralded bebop innovator.  Ben-Hur and the band show their love for Hope’s music by weaving an intricate trade-off of improvised solos through his bouncy melody.

“After the Morning” is a tribute to John Hicks, another great 20th century jazz pianist.  This rendition of Hicks’ composition showcases the formidable talents of Jensen and bassist Harvie S.

Lost love is the theme of “But I Had to Say Goodbye”.  Ben Hur’s soulful guitar, George Cable’s delicate piano, and a final anguished cry from Harvie S, fall like musical tears in this mournful ballad of ill-fated love.

The album begins and ends with two compositions that reflect the scope of Ben-Hur’s musical explorations.  “La Serena” is a Sephardic folk song of unrequited love, sung in the ancient Jewish Ladino dialect by Magos Herrera. “Melodious Funk”, written by legend Cables is a classic homage to Theolonius Monk.

Roni Ben-Hur is a master in the world of straight-ahead jazz, but his unique style also reflects the Brazilian, Middle Eastern and African musical landscapes that are so much a part of his heritage.  This album is a dazzling compilation of great Stories from that rich treasure chest that yearn to be heard again and again.