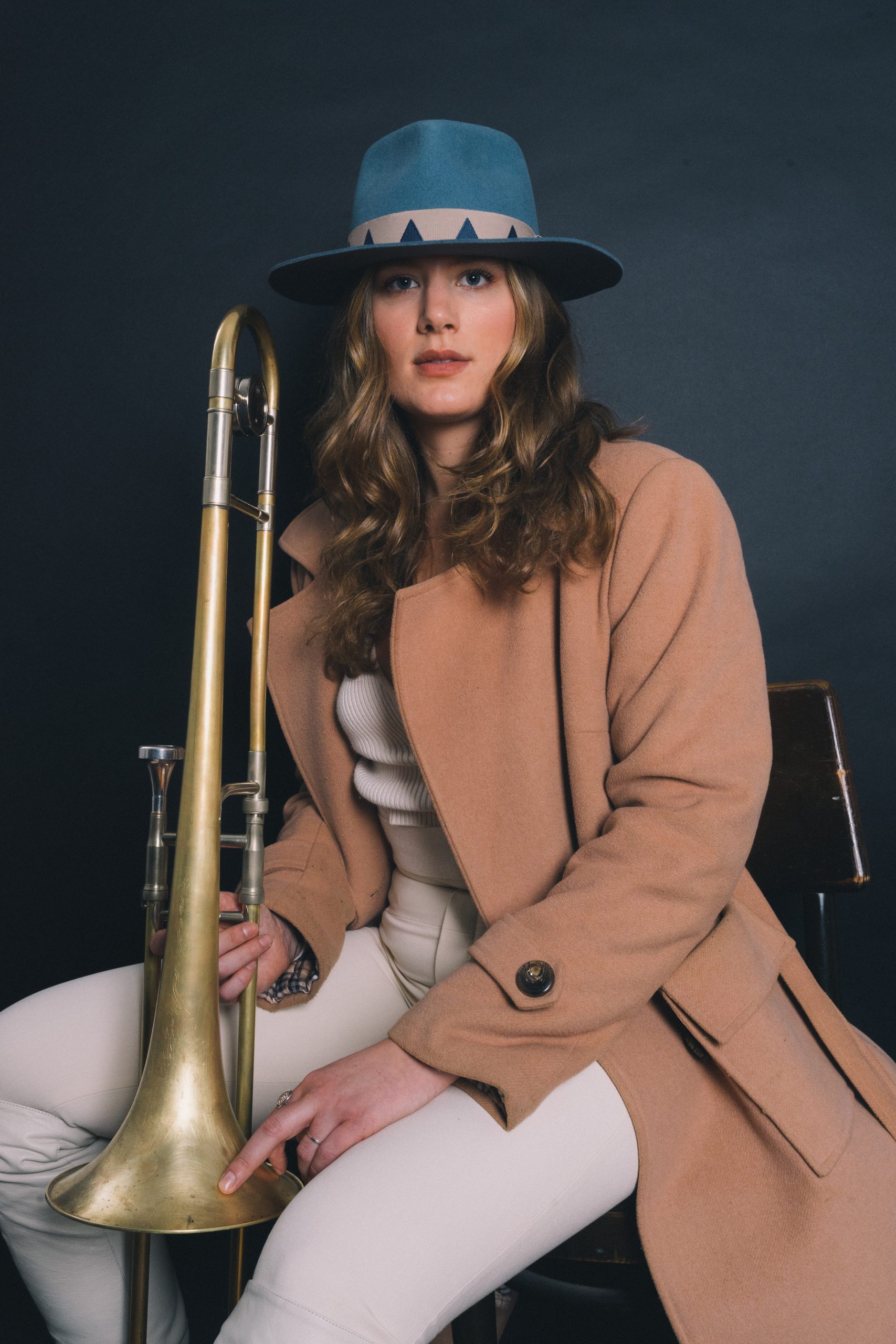 In recent years, the arrival of the holidays in Santa Barbara has brought with it an array of traditions, one of which has been the regular appearance of S.B.-raised and increasingly acclaimed N.Y.C.-based jazz trombonist Mariel Bildsten on the SOhO calendar between Christmas and New Year’s Eve. Of course, that tradition is one of many that will take a holiday in this COVID-afflicted year, a period without live music.

But the gifted Bildsten is arriving in a different fashion this year, having just released her debut album, Backbone, on the Outside in Music label. The trombonist-bandleader grew up locally, studied at Manhattan School of Music, and has played with such artists as the Arturo O’Farrill Afro-Jazz Orchestra (in which she is the lead trombonist), and in the rock group Brass Against. She has performed in an impressive array of high-profile N.Y.C. venues like Jazz at Lincoln Center’s Dizzy’s Club Coca-Cola, Carnegie Hall, and the Apollo Theater. Gigging prospects, whether Dizzy’s or SOhO, have of course taken a huge nosedive since March. “Unfortunately, live performances and touring have really slowed down,” she said in a recent interview. “The upside is that all of us have become excellent at-home recording studio musicians.”

Recorded in one night in January 2019 following a week-long stint at Dizzy’s, Backbone showcases Bildsten’s sundry talents beautifully as a tasteful player, arranger, and musician with a respect for historical tradition, reenvisioned and freshly arranged. The album is framed by Horace Silver’s sensual swing thing “Ecaroh” to open, and it closes with a Latin-Jazz-fired version of “The Lamp is Low,” replete with an amped-up Ravel reference. The set list also touches on both familiar turf (“Mood Indigo,” “The Man That Got Away”) and lesser-known gems (“Rosita,” from an Ernst Lubitsch film, and “Monaco”).

All told, Backbone is an impressive statement of arrival for a musician who has been honing her craft and vision for a decade-plus. It also arrives at a moment when women are finally gaining more of a foothold and due respect in the jazz world. Backbone is also a calling card for Bildsten’s various talents and musical impulses. “I have a range of personality and expression,” she says. “The trombone is such an expressive instrument that can go from growling to singing — as can I — so I wanted to explore all areas of the horn and myself.”

The daughter of an astrophysicist and an architect, Bildsten remembers growing up in a household teeming with the sounds of Neil Young, R.E.M., and Brian Eno. But it was her discovery of trombonist legend JJ Johnson, courtesy of 6th-grade trombone teacher Bryce Craig, that became her epiphany and the inspiration for her choice of instrument and life path. “I listened to that CD every day for the next few years,” she recalls. “It became our family’s soundtrack, and I listened to it constantly.”

She cites many Santa Barbara teachers for helping steer her musical growth, including Jeff Peterson and John Douglas at Goleta Valley Junior High, Les Rose at Dos Pueblos, and Eric Heidner, Doc Woods, and Jim Mooy at SBCC. By this point, however, the Santa Barbaran deserves to be known as a full-fledged New Yorker. “I moved to New York at 18 years old,” she says, “so my entire adult life has been here. New York has taught me so much musically: how to be tough and real, have a backbone, be humble, keep learning, find joy in the little moments, respect your elders, serve the music (not the other way around), and play music that makes people move and dance and laugh and cry. I can’t say enough about it.”