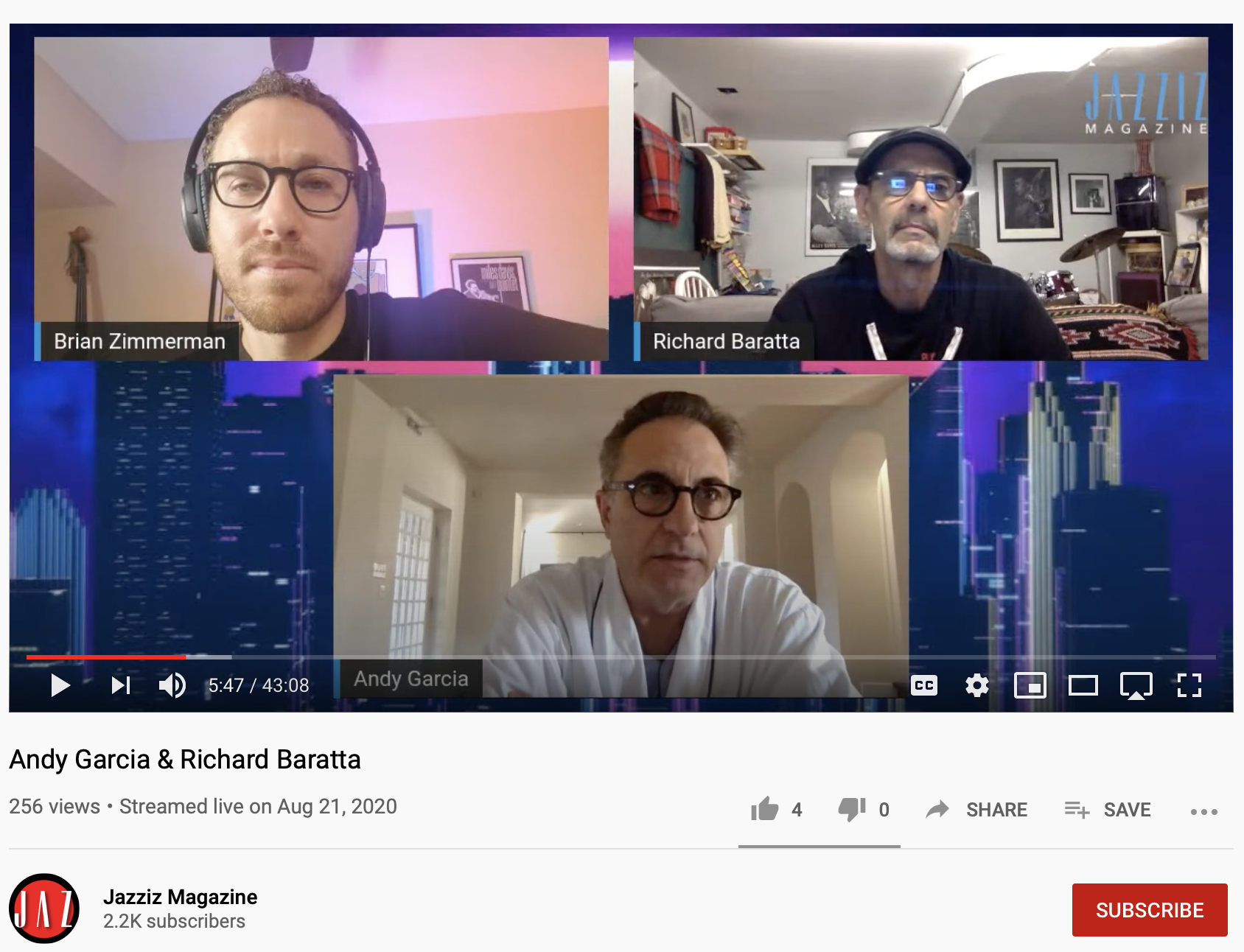 Andy Garcia is an Oscar-nominated actor and director who has appeared in such films as The Godfather Part III and Ocean’s 11. He was Emmy Award and Golden Globe Award nominated for his titular role in For Love or Country: The Arturo Sandoval Story. Richard Baratta is a film producer whose recent production credits include The Joker and The Irishman. He’s also a jazz drummer whose new album, Music In Film: The Reel Deal is out September 25. See this full interview here.