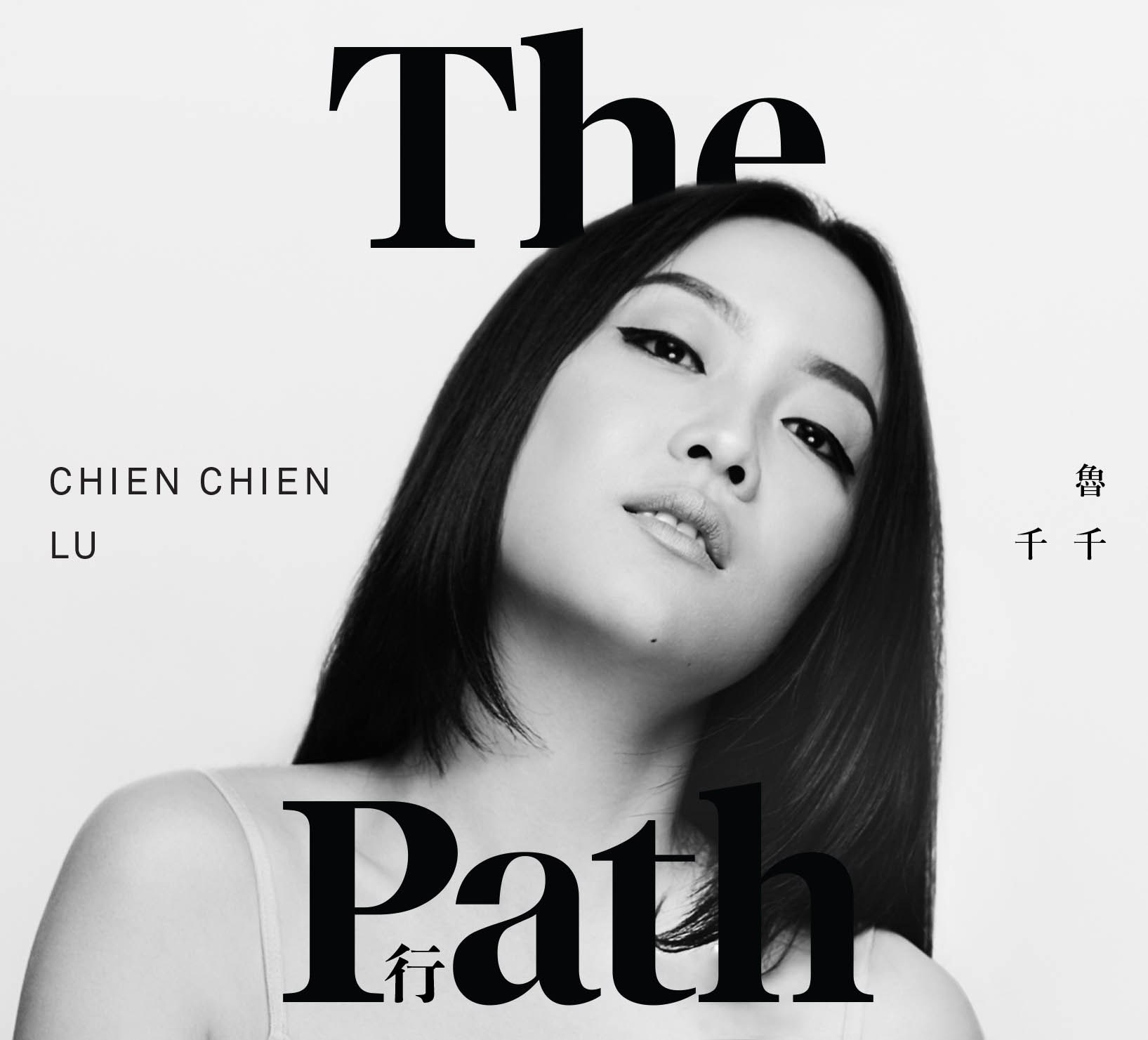 Classically trained in contemporary percussion in her native Taiwan, Chien Chien Lu, the emergent vibraphonist best known, to date, for recording and touring with the Jeremy Pelt Quintet, is excited to release The Path, her genre melding debut as a leader, on September 23.

Accompanying Chien Chien are an elite cast of musicians, a group sourced principally from Pelt’s ensemble—with the blessing of the maestro, of course. Such a strong blessing, in fact, that Pelt himself appears here on his young protégé’s debut, alongside bandmates Richie Goods on acoustic and electric bass, Allan Mednard on drums, and Ismell Wignall on congas/percussion.

Goods, in addition to producing the album and arranging its two most recognizable standards, introduced Chien Chien to guitarist Quintin Zoto and pianist Shedrick Mitchell, both of whom prove indispensable here. Though this is not the first time Chien Chien and Mitchell have played together—both played on Goods’ most recent release, My Left Hand Man, a tribute to Goods’ mentor, the late pianist Mulgrew Miller. And so here we have yet another example of jazz’s circle of life: musicians paying mentorship forward.

Rounding out the band are violinist Yoojin Park and cellist Phoebe Tsai, two female instrumentalists who, like Chien Chien, live in New York City and are on the ascent—something in which Chien Chien takes great pride. “As a female musician, I feel really excited when I see other females shining on the scene,” she said.

And shine they do, both often and early. On the album’s opener, a take on Roy Ayers’ oft-sampled neo-soul classic “We Live in Brooklyn Baby,” they combine to form a rich and unyielding foundational layer.

Arranging an Ayers tune falls right in Chien Chien’s wheelhouse. While a grad student at Philadelphia’s University of the Arts, she joined Philly-favorites Vertical Current in an Ayers tribute show. Few combined jazz, funk and soul quite like Ayers, and if The Path is an indication, Ayers’ universalist approach to genre is something Chien Chien aspires to.

Goods and Chien Chien are pitch-perfect and drum-tight and funky as hell playing the main theme in unison, while Zoto’s guitar solo is mind-blowingly electric, both literally and in every other sense. And while this version doesn’t include the original’s vocal refrain, Chien Chien plays in a way that makes the vibes sing; this is, indeed, Brooklyn, baby.

The first of Goods’ arrangements, a Latin-infused take on Bronislaw Kaper’s “Invitation,” finds Pelt out front as the lead instrumentalist, where his lines are heraldic and assertive, yet cool and breezy, like a man able to pull off a Panama hat with no trace of irony. Goods’ funky basslines again feature prominently in the mix and the two-man percussion section of Mednard and Wignall comes off as elegant and complementary, never too busy.

The other Goods arrangement, Bill Evans and Miles Davis’ “Blue in Green” is probably not the first tune you’d expect covered on a vibraphonist-led album. But it’s not without precedent: Chien Chien’s Philly-based mentor, Tony Miceli, plays a version, as did one of Chien Chien’s primary inspirations, Gary Burton. But you’ve never heard the iconic composition from Kind of Blue quite like this.

The tempo’s slowed all the way down—think ’90s slow-jam slow. Enter Shedrick Mitchell’s organ, which imbues the proceedings with R&B and gospel vibes. It’s still Evans’ music but with a whole different kind of moodiness, one that’s less melancholic and ruminative and fatalistic and more sanguine and romantic. Adapting a classic and altering its emotional nature requires boldness, but it takes more than chutzpah; Goods’ vision is realized through eminently soulful musicianship.

“Blossom in a Stormy Night” and “The Path” pay homage, respectively, to classical Taiwanese and Chinese forms. They are the two tunes most representative of Chien Chien’s inclination towards musical world mixing, aiming to reconcile eastern and western musical sensibilities and conventions in search of higher truths. “The music of this album,” she says, “is the result of the unique experience of merging two cultures, Taiwanese and American, which sometimes compliment and sometimes contradict each other.”

“Blossom” is a Chien Chien arrangement of a traditional Taiwanese song and proof positive of her affinity for colliding worlds. Composed by Deng Yu-Xian, considered to be the father of Taiwanese folk music, this take on a familiar tune from Chien Chien’s upbringing resembles the best jazz arrangements of tunes written for Broadway; it transcends the limited form of the original without discarding its essence, proving that cool and sentimental aren’t mutually exclusive concepts. The interplay of Chien Chien, Goods, Mednard, and Mitchell is exhilarating, making for what is perhaps The Path’s most uplifting tune.

The title track, meanwhile, opens with a prologue from Chien Chien on marimba, a nod to contemporary Chinese composers who’ve incorporated the percussion instrument in their orchestral works. This mesmerizing introduction evokes a vision of an existential fog parting to reveal a new reality. The titular path, in other words, soon reveals itself. The color lining this path honors the past and expresses optimism about an as yet unwritten future, with a sophisticated piano jazz-pop quality redolent of the best of Bruce Hornsby.

The Path couldn’t have chosen a more proper-sounding closer than an organ- and piano-driven rendition of Bill Lee’s “Mo Better Blues,” a classic gospel-driven blues sharing ancestral DNA with classics like Cannonball Adderley’s “Mercy, Mercy, Mercy” and Vince Guaraldi’s “Cast Your Fate to the Wind.”

Chien Chien, Zoto, and Mitchell each embody the “take ‘em to church” spirit with their respective solos, but what’s most impressive is Chien Chien’s mastery of jazz’s idiomatic language at such a young age. Folks like Cannonball and Guaraldi might not have envisioned a young Taiwanese vibraphonist as a likely torchbearer, but if they could listen, one suspects they’d be optimistic about the future.