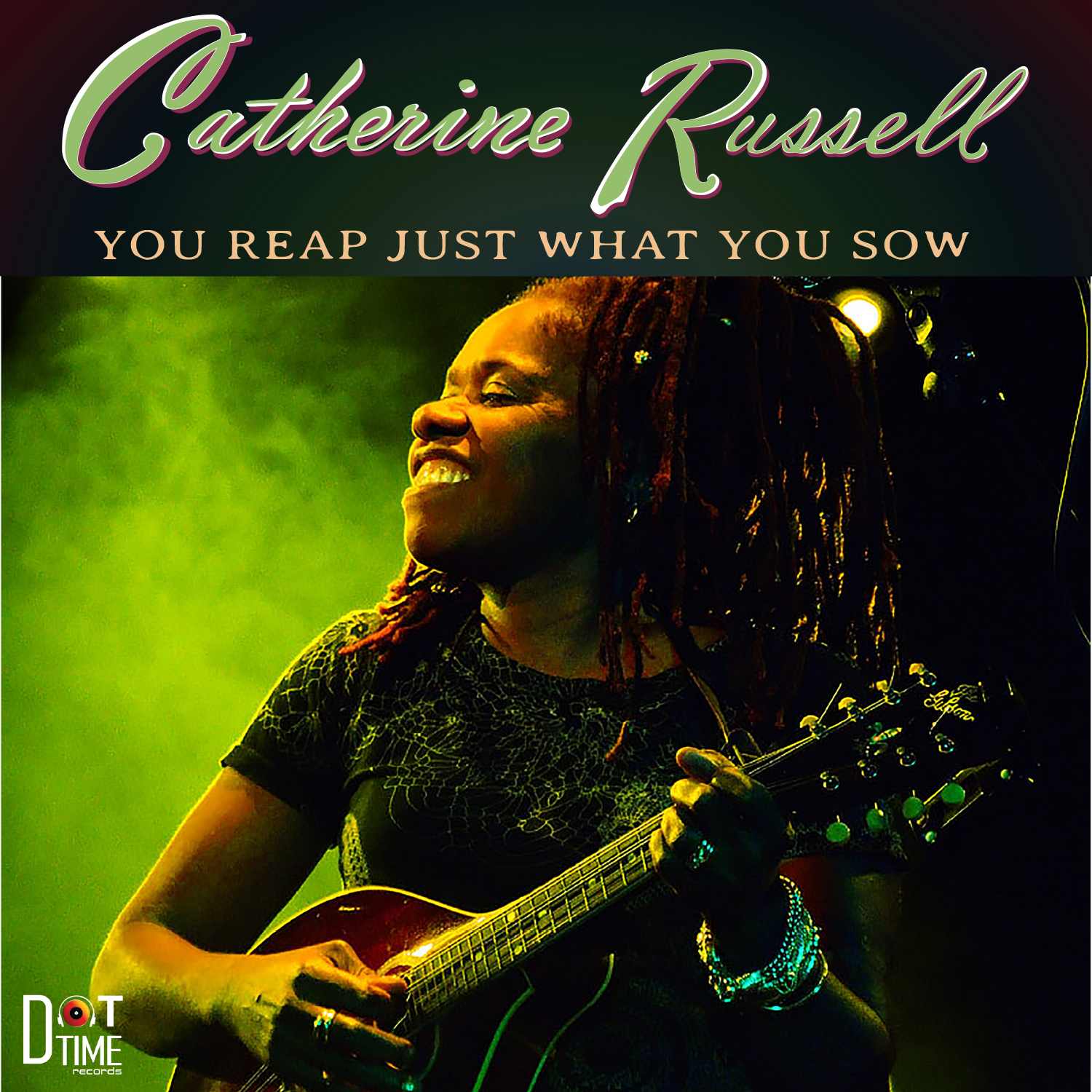 GRAMMY nominated vocalist Catherine Russell is proud to unveil “You Reap Just What You Sow,” a never before released studio track, recorded in 2007 at Levon Helm Studios in Woodstock, New York.

The single will be launched on all digital platforms on June 12, 2020, in association with Dot Time Records and Symphonic Distribution. All proceeds from streaming and downloads will be donated to Jazz Foundation of America, to support musicians impacted by the Covid-19 Pandemic.

“You Reap Just What You Sow” was written and first recorded by the great classic blues and jazz singer Alberta Hunter (1895-1984). A successful recording artist and performer in the 1920’s and 30’s, Ms. Hunter adopted a second career as a nurse for twenty years, before a forced retirement from nursing led to a revival of her music career. She was commissioned by producer Robert Altman, to compose music for the 1978 film, Remember My Name, including “You Reap Just What You Sow.”

The song implores humility and doing right by each other in challenging times, and is an embodiment of resilience and humanity. Catherine Russell attended nightclub appearances by Alberta Hunter during a six year comeback residency at The Cookery in Greenwich Village in the 1980s, and considers Ms. Hunter a prime inspiration and influence.

Catherine recorded the tune with a funky, acoustic trio of Larry Campbell, who produced and plays acoustic guitar; the legendary jazz musician Howard Johnson, on tuba, and Catherine, on lead vocal and rhythm mandolin. While Catherine has played mandolin on recordings with Toshi Reagon, The Holmes Brothers, and on live shows with Rosanne Cash, Cyndi Lauper, and Jackson Browne, “You Reap Just What You Sow,” represents the only time Catherine has played mandolin on one of her tracks as a leader.

Larry Campbell is a multi-instrumentalist (guitar, mandolin, pedal steel, violin) and recipient in 2008 of a Lifetime Achievement Award for an Instrumentalist from Americana Music Association. Larry toured with Bob Dylan from 1994 to 2004, and has recorded with Rosanne Cash, Willie Nelson, Abbey Lincoln, Cyndi Lauper, Levon Helm, and many others. Larry served as musical director for Levon Helm’s Midnight Ramble Band, and produced two Grammy® Award winning albums by Levon Helm, while also producing Catherine Russell’s 2008 album, Sentimental Streak. In March of 2020, Larry was diagnosed with Covid-19, and after serious illness, has now fully recovered.

Howard Johnson is known as a jazz musician adept on Tuba and a wide array of horns and reed instruments. He has worked with Charles Mingus, The Band, Hank Crawford, Gil Evans Orchestra, Levon Helm, and released three albums as a leader on Verve Records, in addition to performing and recording with Catherine Russell.

Catherine Russell is a blues and jazz vocalist who has released seven albums as a leader since 2006. She has toured and recorded with David Bowie, Steely Dan, Cyndi Lauper, Paul Simon, Rosanne Cash, Levon Helm, Wynton Marsalis and many others, appearing on over 200 albums. Catherine’s most recent album, “Alone Together,” released in 2019 on Dot Time Records, received a Grammy® Nomination for Best Jazz Vocal Album. The title song, dating from the Great Depression and the Swing Era of the 1930s, is emblematic of Catherine’s prescient ability to choose material from the past which speaks to universal challenges and contemporary predicaments.