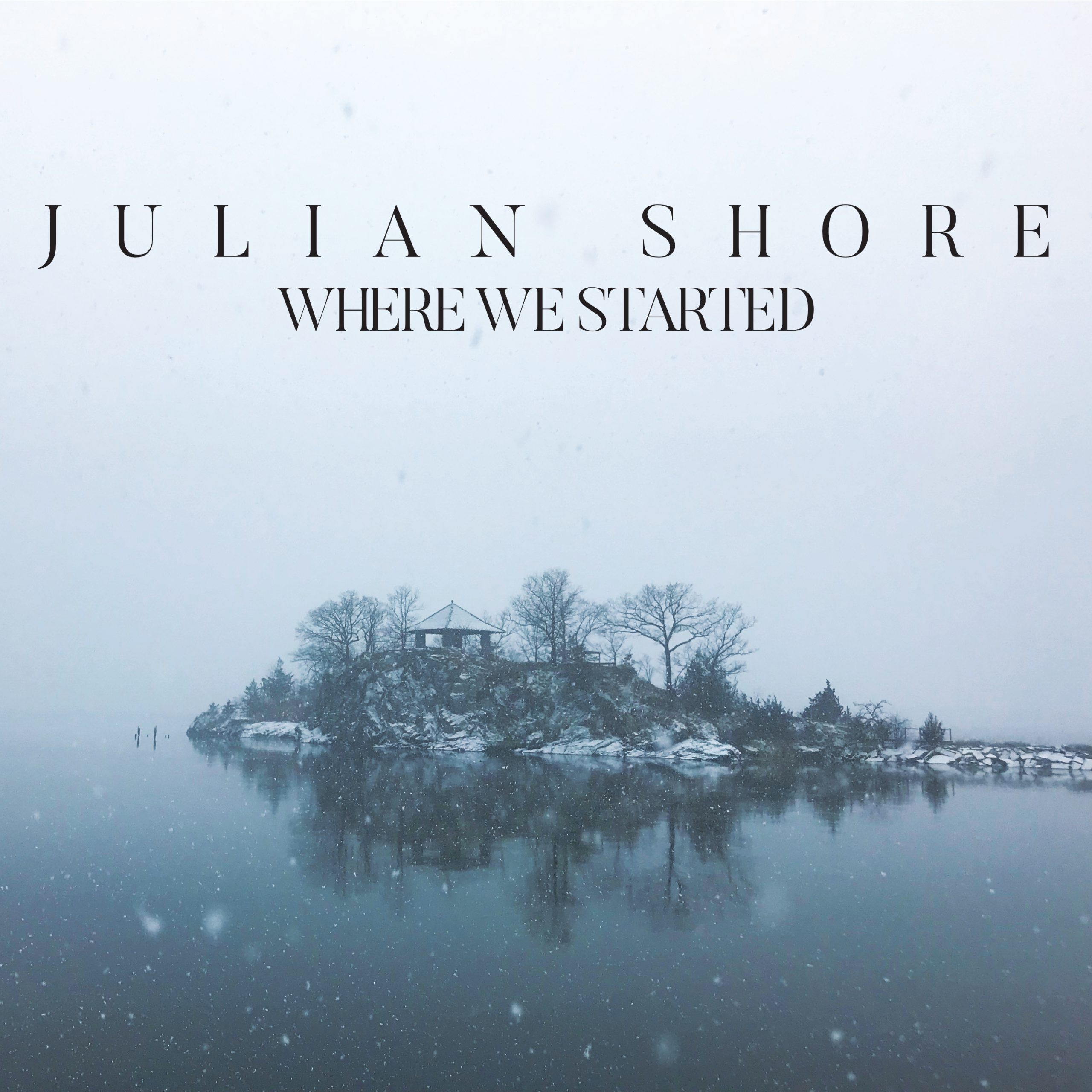 “We shall not cease from exploration/ And the end of all our exploring/ Will be to arrive where we started/ And know the place for the first time.” T.S. Eliot, Four Quartets

On Where We Started, (Out July 3rd on Tone Rogue Records), pianist Julian Shore guides the listener through the landscapes, both physical and emotional, that shaped him. He assembles a band from all stages of his musical life, capable of conveying the universal within the deeply personal. He shares,“the last few years have been about looking inward and recognizing that, while we perceive them as different, exploration of an emotion or a place can be one and the same. All of our experiences shape us, and we can’t really choose which ones we express. True musical honesty requires self awareness and, hopefully, acceptance.”

The relationships between the players come from long-standing shared histories. Shore has toured, performed, and recorded with saxophonists Caroline Davis and Oded Tzur in their own groups. After years of playing Shore’s music, drummer Colin Stranahan flows seamlessly through the album’s shifting aesthetics. And at times the musicians disappear into each other completely, as when the glimmering lows of Dayna Stephens on EWI blend with Edward Perez’s arco bass on the opener, “Preludio.”

The sound of Ben Monder’s guitar bookends Where We Started, from the album’s introductory moments to the closing title track. The guitar titan contributes to Shore’s sonic world-building as only he can, crafting each piece’s specific atmosphere. “Actually, Ben was the first modern Jazz artist I ever heard live. I remember being completely blown away, never before understanding Jazz could be played this way. At that moment, even in high school, I knew I wanted to work with him one day.” Since that early impression, they have shared the stage numerous times, from touring in Theo Bleckmann’s band to performing in jazz festivals and beyond.

It is fitting that “Preludio” carried the working title of “Guitar Song”; the album reflects Shore’s connection to guitarists, both as sources of inspiration and as collaborators. “The seed for that [piece] started with a Zsófia Boros solo guitar record for ECM,” says Shore. “I was hypnotized by its intense purity of sound, even simply how the silence allowed space for the microphone to pick up all her subtle movements.”

While this is Shore’s first record not to feature any singers, vocal music remains central to its fabric: the band interprets the 16th-century madrigal “O Vos Omnes” by the Italian prince Carlo Gesualdo, as well as Gil Evans’ iconic arrangement of Gershwin’s “Oh Bess, Oh Where’s My Bess.” Evans’ arrangements shaped Shore’s approach as a composer and pianist throughout this project, particularly in the bold use of counter lines and shades of color that can sometimes obscure melodies. On Where We Started Shore often favors complex textures and emotional nuance over single lines and simple meanings. Likewise, Shore also found himself moved by Gesualdo’s desperate retreat into composing as a means of processing the unthinkable. Gesualdo, aside from being a revered composer, is also known for the murder of his family after discovering his wife in flagrante delicto with her lover. “His music is an incredible mix of darkness and lightness, the holy and powerful mingles with intense drama and uncertainty.“ The challenge of holding these extremes within the same piece of music reflects the human struggle, the need to embrace the entirety of human possibility with all of its darkness and light. Both pieces carry the resonance of the cry ‘Oh!’ as an entreaty into the unknown, a sonic manifestation of the spiritual search for inner and outer answers in the face of this imperative.

This embrace of our perceived flaws echoes lessons from early in Shore’s musical education. His mentor, Panamanian pianist Danilo Pérez, brought Shore to Panama to perform and to have the rare opportunity to learn from Wayne Shorter and his quartet. Shore remembers Pérez stressing the importance of “playing the parts of yourself you don’t like” and the freeing lesson from Shorter that true originality can only come from knowing who you are. “He told us that it’s impossible to be Coltrane or Miles, you didn’t live their life, being an original means simply creating music that comes out of your own life.” These masters stressed the importance of accepting all parts of oneself, and exposing them through music. “Returning to that advice in the process of making this record, I felt myself finally starting to understand a little of what that truly means.”

An even earlier formative experience reflected in this album was hearing the great Hal Crook every week in the smoke-filled Providence club AS220. Crook was Shore’s teacher for many years, and this mentorship looms large. Crook, whose piece “Nemesis” is placed at the album’s center, offers an imposing example of undivided attention and uncompromising musicianship.

The album’s cover photo is of a solitary structure perched atop a jetty, which stands in sharp relief against a background of drifting snow and rolling fog. “Nature’s always been sacred to me, which I think comes from growing up wading through the tide pools and salt marshes.” Shore took the picture himself near his childhood home in Rhode Island, and felt that its stillness reflected the aesthetic of the album. Where We Started aims to explore the ways in which solitude opens up space for examination. The album invites us to return to old landscapes with new eyes.

Based in New York City, Shore had his first serious performing experience with acclaimed singer Gretchen Parlato- touring the US and internationally with her band, including the Stockholm Jazz Festival. Since then he has become one of the most in-demand pianists in New York, appearing as both leader and sideman at historic venues like Carnegie Hall, The Kennedy Center, Jazz at Lincoln Center, the Blue Note, and jazz festivals around the globe. He has performed, toured and recorded with musicians such as Theo Bleckmann, Gretchen Parlato, Chico Pinheiro, Don Braden, Sara Gazarek, Chris Speed, Dayna Stephens, Ingrid Jensen, Noah Preminger, John Hollenbeck, Petros Klampanis among many others.

His previous record “Which Way Now” was released in early 2016 and features Gilad Hekselman, Dayna Stephens, Aidan Carroll, Colin Stranahan and a slew of guests and configurations. His debut record “Filaments” which features Kurt Rosenwinkel, Noah Preminger, Tommy Crane, Phil Donkin, and others was released to critical acclaim in 2012.