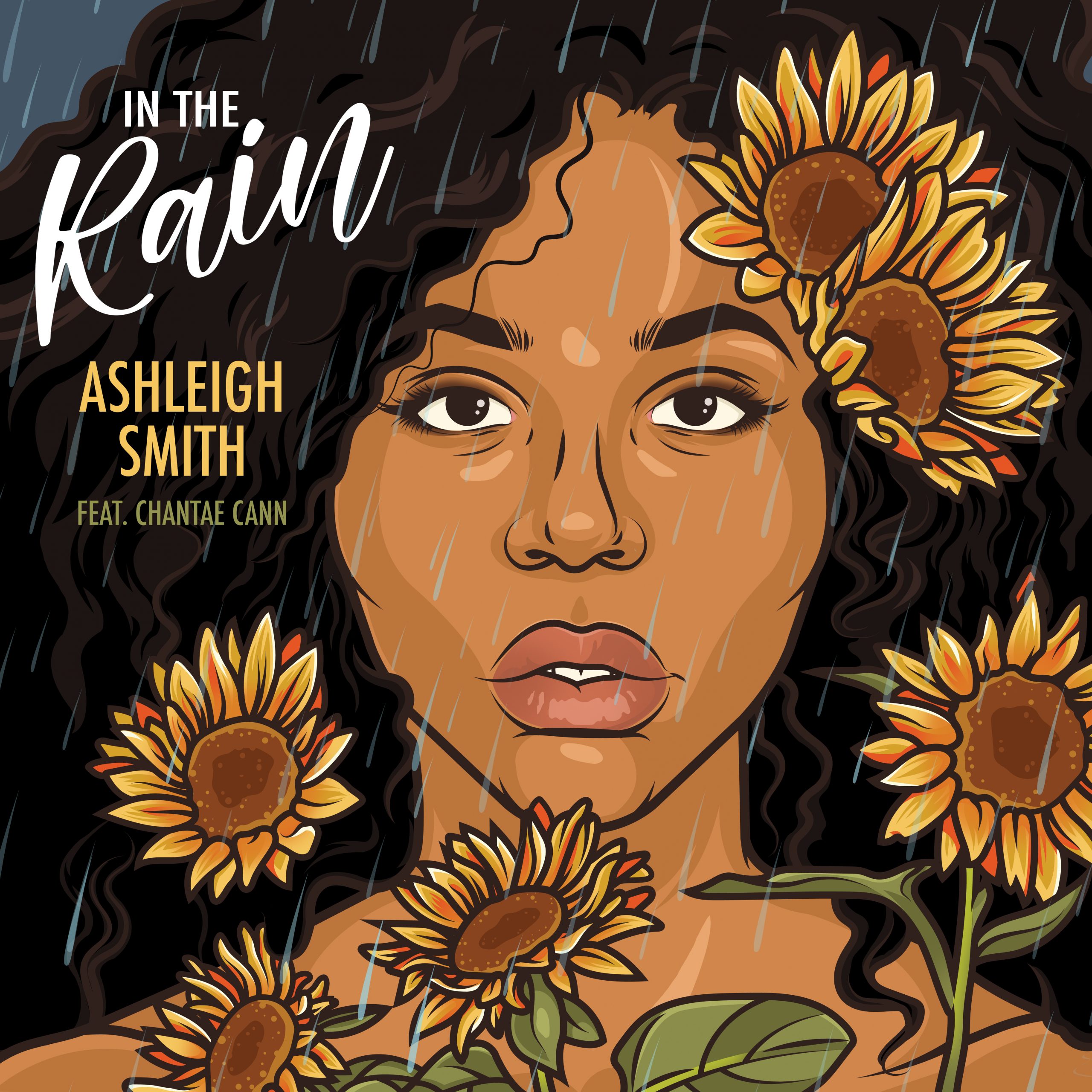 Acclaimed vocalist and songwriter Ashleigh Smith has released her hope inspiring single, “In the Rain”, a follow-up to her critically-acclaimed 2016 debut album Sunkissed.  Ashleigh, who came to national prominence as the winner of the 2014 Sarah Vaughan International Jazz Vocal Competition, originally wrote this piece as a way of encouraging herself through a difficult time in the artist’s life.  Ashleigh chose to release the single now during a time when the world is changing and so many around her are struggling.  The vocalist notes: “I thought people needed this message now if, for nothing else, then just as a glimmer or a spark of hope and light.”  Accompanying the vocalist on “In the Rain” is pianist and co-writer Kwinton Gray, drummer Jackie Whitmill, bassist KJ Gray, guitarist Noel Johnson, percussionist Frank Moka and special guest vocalist Chantae Cann. “In The Rain” was recently chosen as the Breakfast Track of the Week by JazzFM in London, and the subject of a recent feature by Soulbounce.com.

When asked why she chose to feature Chantae Cann on this song, Ashleigh responded, “Chantae’s tone and delivery simply makes me feel…joyful”.  I knew she was perfect for the song”.  The track itself serves as a reminder that true happiness comes from within, particularly with the lyric “you’ve gotta make your own sunshine in the rain.”  Tinged with the soulful refrains and rich harmonic content of neo-soul, “In the Rain” features stunning improvisation from pianist Kwinton Gray and warm supple vocal harmonies from Ashleigh and Chantae, supported by a steadfast rhythm section.  “In the Rain” serves as a joyful cathartic release in a time of great duress and uncertainty.  It is Ashleigh’s hope that those who listen to “In the Rain” will feel better, lighter and inspired to spread that to somebody else.

“In The Rain” is available on all major platforms including Spotify and Apple Music.