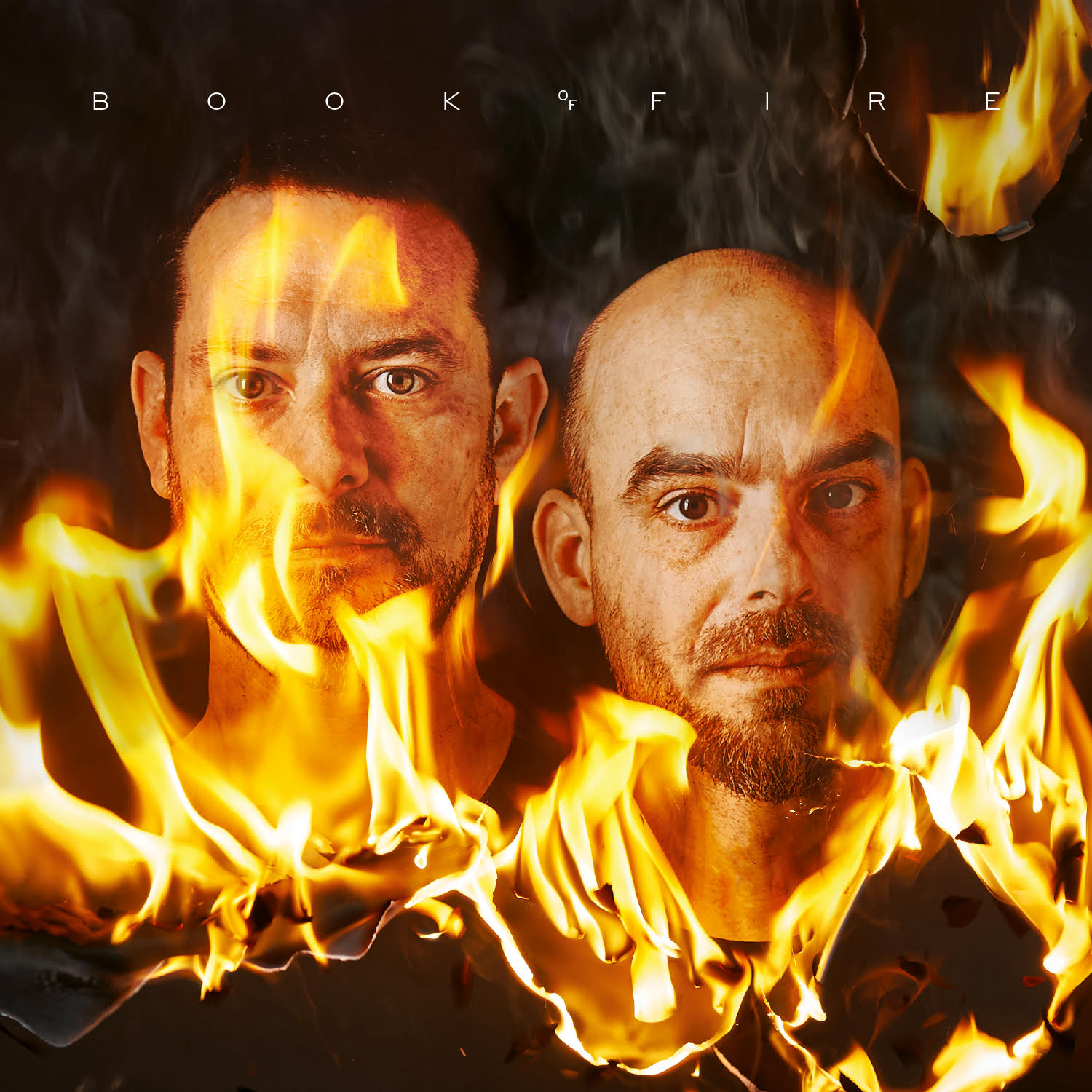 Boston-based guitarist/composer Eric Hofbauer combines traditional styles such as blues, Tin Pan Alley and other forms of Americana with a deep knowledge and understanding of the avant-garde to produce a style uniquely his own. He is perhaps best known for several solo albums including his trio of America recordings and Ghost Frets, and also for leading his own quintet. His latest project is a series of five recordings inspired by Wu Xing, the five elements depicted in ancient Chinese culture.

The first recording, Book of Water, featured his quintet and took inspiration from both the water element and climate change to guide the material’s composition and improvisations. The sequel, Book of Fire, finds Hofbauer in a duo setting with upright bassist Anthony Leva and taps both the element of fire and racial tensions as the guiding muse for these compositions. His overall intent is to pair each element with a political or social reality that is in need of a movement.

Despite the duo setting, Hofbauer and Leva create an enormous and intricate sound on Book of Fire. In addition to their primary instruments, Hofbauer also utilizes a sampler and drum machine, while Leva employs a pair of turntables. The entire performance is then interlaced with snippets of novelist James Baldwin speaking.

If all of these elements sound disjointed, Hofbauer’s vision begins to coalesce once opening track “Courting Madness” begins to play. After just a couple bars of the bass, which is quickly manipulated by the sampler, Baldwin’s voice comes in. The song itself is essentially an acoustic blues workout, but Hofbauer points out that he was inspired by the cadence of Baldwin’s speech. The crackle of the turntables and the prominence of the bass hints at the sort of dusty, blunted feel of classic East Coast hip-hop, but the free jazz/blues pileup of Hofbauer’s guitar takes the piece in unexpected directions.

“History is the Present” consists of the guitar sparring with any number of otherworldly sounds. It is the unpredictability of Hofbauer’s technique, despite his basis in traditional American song form, that makes the guitar merge with its sonic surroundings, rather than stand apart from them. “Pray for Rain” brings together any number of percussive elements, from African sounds to an almost techno approach to underpin the track. Baldwin’s voice unpacks stereotypes of African-American culture and also analyzes Bessie Smith’s work as well. When the guitar comes in halfway through the track, it sounds a bit like an updated version of Adrian Sherwood‘s work with Little Axe.

“Something Gives” pushes slide guitar into unknown territory, oscillating effectively between both acoustic and electric. It also illustrates the way in which the drum samples reference an almost hip-hop feel, without sticking to strict 4/4 time. The sonic quality of the sampled drums is pure boom-bap, yet the atmosphere becomes otherworldly when pulled from its standard context. Listen closely for the effective use of horn samples from the Masters of Musicians of Jajouka near the end, adding to the hallucinatory feel of the track.

The album closes with “Terrible and Beautiful,” a meditative and restrained piece. Hofbauer is able once again to push jazz and blues past their conventional boundaries without ever disrupting the coherence of the material. Leva joins him in a strange break around the three-and-a-half-minute mark that should bring the flow of the song crashing down, but somehow doesn’t. This is an extraordinary execution of vision, where the idea overpowers ideas of standard musicality. All of this is set to Baldwin’s voice. He delivers a speech to young listeners, expounding on the idea of struggle being an inherent part of a life well lived.

The virtuosity displayed by Eric Hofbauer is staggering at times, but his acumen as a composer is even more impressive. Despite the varied influences and elements at play, Book of Fire is both remarkably coherent yet sonically unpredictable. There’s a sense that if the attention wanders, important moments will be missed. There is also a sense that despite the flurry of musical activity on the surface, a great gravity underpins the work, like a star holding everything in orbit. Book of Fire, like its predecessor Book of Water, and likely the albums in the series yet to come, reward frequent and return listenings. There is a depth and breadth of nuance and detail, ideas and performances to explore, contemplate and appreciate. Eric Hofbauer is a guitarist and composer worthy of both time and effort, not demanding one’s attention but nevertheless rewarding it.