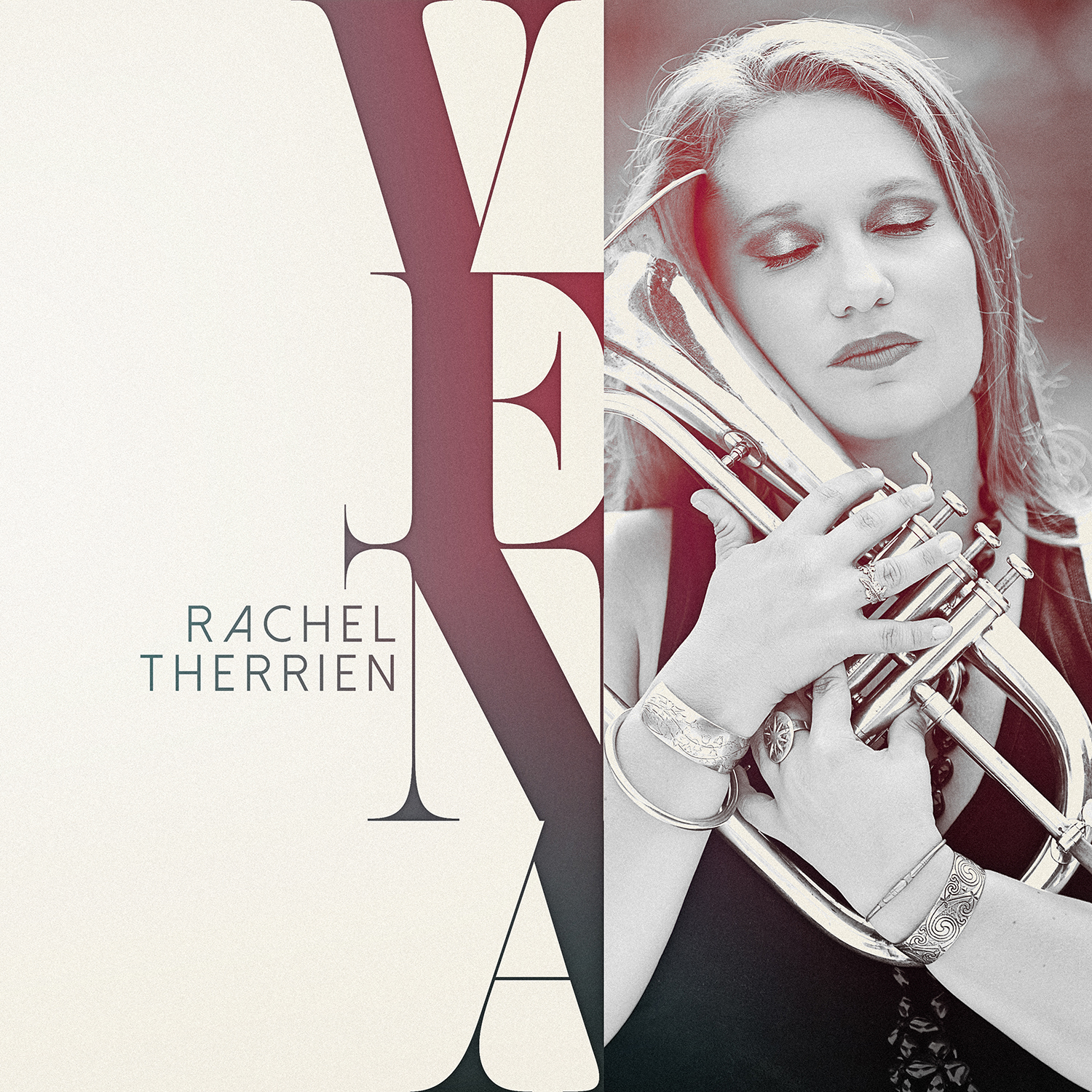 Critically acclaimed trumpeter Rachel Therrien is thrilled to announce the March 27th release of her fifth album as a leader VENA. On her debut release for French label Bonsai Music, Therrien makes a major statement over the course of fifteen original compositions. For this momentous occasion, Therrien has assembled a quartet of first-rate European musicians including Franco-Australian pianist Daniel Gassin, Spanish bassist Dario Guibert, and German drummer Mareike Wiening. Cuban saxophonist Irving Acao joins on two tracks. Therrien will be celebrating the release of VENA at Dizzy’s Club at Jazz at Lincoln Center in New York City on March 24th, at Diese Onze in Montreal on March 27th and at Studio de l’Ermitage in Paris on May 4th.

Rachel Therrien’s sound reverberates far beyond her current home of New York City. Born in Quebec, the trumpeter is the epitome of the international musician. She has spent a considerable amount of time in Latin America; her extensive time living and studying in Havana, Cuba heavily influences her Latin-tinged sound. An in-demand side player, Therrien is often enlisted to join top shelf acts on tour and thus, can often be found playing in Europe. On her fifth album, Therrien wished to record with her European Quartet – a group that came together as a result of her many trips there.

The title VENA is significant to Therrien in more than one way. “V For Vena”, the title of the first single, was inspired particularly by the flight of migrating birds. A call back to her home region in Quebec where Canadian Geese are plentiful, the flight patterns of the birds in the form of a V allow for them to travel great distances together. This is a powerful symbol to Therrien, who sees the birds’ migration pattern as a symbol for her own career taking flight and of the new direction she is forming with her European counterparts. The V in “Vena” can also be interpreted as he roman numeral for five (thus, her fifth album) and on the spiritual side, V is the 22nd letter of the alphabet, which stands for synchronicity (as if to say “the stars are well aligned”).

Therrien first burst on to the scene in 2011 with her debut On Track. She released another album Home Inspiration in 2014, and in 2015 won the TD Grand Prize Jazz Award. The following year, she received the Stingray Jazz Rising Star Award and released Pensamiento, her Latin-jazz endeavor recorded in Bogata, Colombia. Her 2017 release Why Don’t You Try continued to contribute to Therrien’s rising star as it received accolades from Downbeat Magazine (Editors Pick), Bandcamp Daily, NextBop and more. In addition to with her own groups, Therrien tours throughout the world with the DIVA Jazz Orchestra.