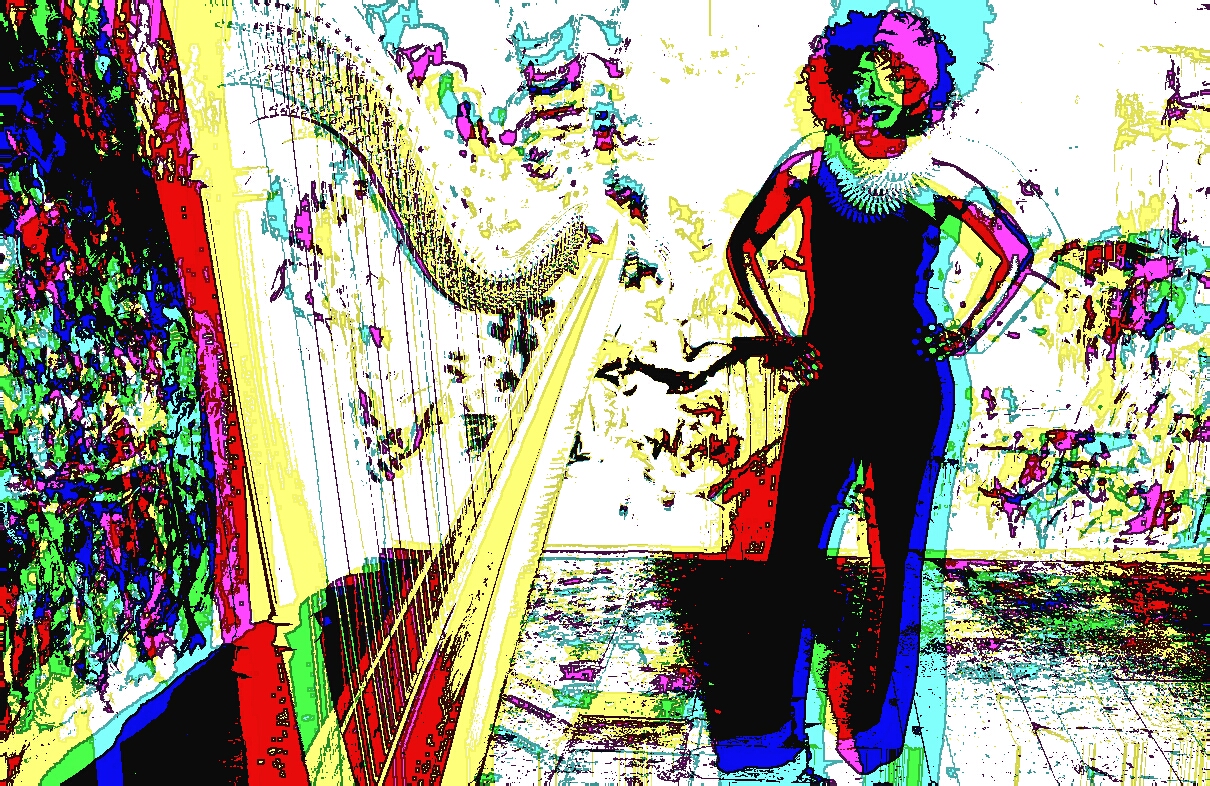 Soul Awakening, the fourth leader LP from Hempstead, NY harpist Brandee Younger, is a revelation in creative jazz and arguably the best album the genre had to offer in 2019.

She wears her influences on her wrist throughout Soul Awakening with gracious and exploring versions of Dorothy Ashby’s “Games” and Alice Coltrane’s “Blue Nile” as well as a lovely reading of the Marvin Gaye ballad “Save the Children.” But the original material here holds up just as strongly as the covers, especially the strutting Douglas-composd opener “Soulris” and “Love’s Prayer,” a haunting conversation between Younger and Ravi Coltrane that mirrors the interplay between his dad and stepmom, whom this composition is dedicated.

Younger also is an in-demand educator who has lectured and held masterclasses everywhere from Nassau Community College to Princeton University, teaching kids the intricacies of this most complex and romantic instrument she’s been mastering since she was a teen.

Brandee Younger is performing tomorrow night in the Miller Theatre at Columbia University with her quintet of Baratz, Douglas, Strickland and Anne Drummond on flute. Ahead of the show, I was able to enjoy a quick electronic chat with Ms. Younger, where I ask her the Joanna Newsom question and her role on Common’s Finding Forever among other topics.

I love that you are from Hempstead. I am originally from East Meadow, and I’m curious to know how you arrived at jazz as a listener growing up in that area.

We’re neighbors! Aside from hearing the oldies that my folks listened to, school played a major role.  I attended Uniondale High School and really had the best teachers in Frank Abel and Cedric Lemmie. Mr Lemmie has since passed on, but they both saw to it that we were exposed to the real deal.  Mr Lemmie would come in the band room telling us about his most recent Jazz Mobile adventures and lock us in rooms to practice. For many of us, it was our saving grace and I am forever grateful.

And can we talk about Dorothy Ashby for a second. Do you have a lot of her albums? Do you have a favorite in her discography? Which one and why?

My parents actually introduced me to it, without knowing a thing about it. Go figure!  Yes!!!!! I love me some Dorothy Ashby. Listening to her and learning her music was literally like unlocking this heavy, metal door in front of me.  It’s hard to pick a favorite album… I play a lot from Afro Harping and am obsessed with Misty/Django! But I also love the Fantastic Jazz Harp of Dorothy Ashby…so see? I’m stuck.

It’s amazing to think of how much the harp has grown in popularity over these last 15 years or so thanks to the likes of Joanna Newsom and the resurgence of interest in the music of Alice Coltrane. I found a whole thing on it on a blog from 2016, and I was wondering how aware were you of the rising interest in harp music within the ranks of indie rock during the 00s, and what your thoughts were/are of its resurgence during that time.

In the very early 00’s, I wasn’t thinking about it. I was practicing lol! I didn’t know of Joanna Newsom until graduate school. I only knew Alice Coltrane and Dorothy Ashby (outside of classical music), really and was totally enraptured.  I knew early on as a player that I wanted to incorporate the harp into contemporary music but wasn’t quite sure how. Now, I see a huge upward swing of harpists finishing college, eager to explore avenues that aren’t orchestral and lots of singer-songwriters. I think it’s amazing.

If I’m to believe Wikipedia, Cassie’s 2006 debut LP marked your debut on recording as a side musician. What was that experience like for you at the time, and how did that opportunity segue into your work on Finding Forever by Common? How do you feel in regards to Common’s place in bringing the jazz and hip-hop worlds closer together in the last 25 years? Do you think he gets enough credit for his role in that union?

Yep, that’s true!  In 2006, Ryan Leslie called me to record on Cassie’s debut album.  Up until that point, I had only done indie sessions and this was my first top 40 recording.   Just finishing up college, I was thrilled to drive my harp into Times Square at midnight to do that

That recording led to so much other work. I had it posted on my Myspace Music page (remember Myspace?) so lots of people and producers saw it.  It was the bassist Derrick Hodge who called me for Common’s Finding Forever. I think that Common is continuing to bring the worlds together and though not the first, he’s definitely playing a vital role and I do wish for others in the main stream to do the same.

What inspired the beautiful version of Marvin Gaye’s “Save The Children”? How much has What’s Going On factored into your life growing up?

Thanks for calling it beautiful <3  I have always admired Marvin Gaye’s work and after my friends lost their daughter in the Sandy Hook shooting, I felt more compelled to do more than listen, you know?  The album as a whole is really relatable on many levels and not just growing up, but still now.

I really love your contribution to the Resavoir album, “Taking Flight.” What led to that collaboration, and what are your thoughts on the International Anthem label as a whole?

Thanks!  Back in June of 2018, Resavoir’s first ever show was opening up for Dezron Douglas’ Black Lion at Co-Prosperity Sphere in Chicago.  I was playing on that show with Dezron, that was put on by the good folks at International Anthem. It was a total blast — I keep begging Dezron to post that concert on his Bandcamp page.  Anyway, when it came time for Resavoir to record, Will Miller asked me to contribute to a couple of the tracks and I was so happy to do so. I think that what International Anthem is doing is incredible; getting some great music out there, completely fair to artists — I’m all for it!

Where do you stand with orchestral arrangements? How lush is too lush for you? Are you a fan of film music at all?

Hahahaaa!!! I play the harp — there’s no such thing as “too lush” for a harpist!  I eat it all up, just like everyone else does. I absolutely love it and while there’s definitely a place for minimalism using the harp,  I don’t mind it being used for arpeggios all around