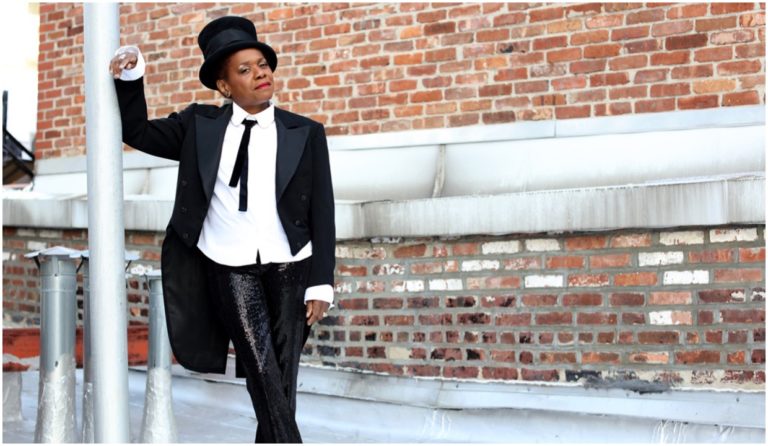 World renowned vocalist Catherine Russell recently re-entered the Billboard chart for traditional jazz album for the second time after the release of her critically acclaimed album Alone Together on March 1st via Dot Time Records.  After sitting atop the JazzWeek Radio Chart for five weeks in a row, debuting on the Billboard Jazz Chart at #6, having been heard on CBS Sunday Morning, and generating rave reviews from Downbeat Magazine, Mercury News, WBGO, Jazz Journal, and other top-tier media outlets, Alone Together has cemented Russell’s place as the preeminent song interpreter of her day. On the heels of this great success, Russell continues to tour internationally, sharing her timeless talent and spirited performance with international audiences. The vinyl edition of Alone Together was released by Dot Time Records on July 26th.

Since kicking off her tour this summer with a sold out run at Dizzy’s Club at Jazz at Lincoln Center, Russell has been consistently delighting audiences everywhere. Russell’s fall tour continues with an appearance at the SF Miner Auditorium in San Francisco, CA on September 13th, and at the Green Music Center in Rohnert Park, CA the following evening.  Next, the artist will perform at Koerner Hall in Toronto on October 30th with the personnel from Alone Together.  On November 15, Russell will perform at NJPAC as part of their After Midnight series; she will sing the music of Nat King Cole. On November 22nd, the singer will perform at Manchester Craftsman Guild in Pittsburgh with the John Pizzarelli Trio.  After that, Russell travels to Wisconsin with the John Pizzarelli Trio to perform “Billie and Blue Eyes, a salute to Billie Holiday and Frank Sinatra” at the Wilson Center for the Arts on November 23rd.  On December 5th, Russell travels to Arkansas to perform with her ensemble at South on Main and at Walton Arts Center the following night.  Russell will perform in Columbia, Missouri for the We Always Swing Concert Series at Murry’s on December 8th.  Following her foray into the Midwest, the vocalist will perform with John Pizzarelli from December 13-14 at McCarter Theatre Berlind in New Jersey and on December 15th at SHEA Performing Arts Center at William Patterson University the duo will present a new program: Nat King Cole and the Ladies of Song.

While 2019 has been a breakout year for the timeless vocalist, Russell has remained a venerable fixture on the musical landscape for the better part of three decades.  Born in New York City, Russell’s family is considered musical royalty. Her father, the late Luis Russell, was a legendary pianist/composer/bandleader and Louis Armstrong’s long-time musical director while her mother, Carline Ray, was a pioneering vocalist/guitarist/bassist who performed with International Sweethearts of Rhythm, Mary Lou Williams and Ruth Brown, among others. A world-class performer of versatility and virtuosity, Russell has performed and recorded with the likes of Cyndi Lauper, Michael Feinstein, Rosanne Cash, Paul Simon, Wynton Marsalis, Jackson Browne, Dr. John and countless others. She was a member of David Bowie’s A Reality Tour, his last touring band and she is currently on the road with Steely Dan, with whom she has performed since the mid-1990’s. In 2012, Russell won a GRAMMY® Award for her participation in the 2012 soundtrack to the HBO series Boardwalk Empire. Amidst Russell’s bustling year smashing charts and actively touring, the artist also took part in bringing turn-of-the-century New Orleans to life, appearing in, and contributing musically to the feature film Bolden, which was released on May 3rd.