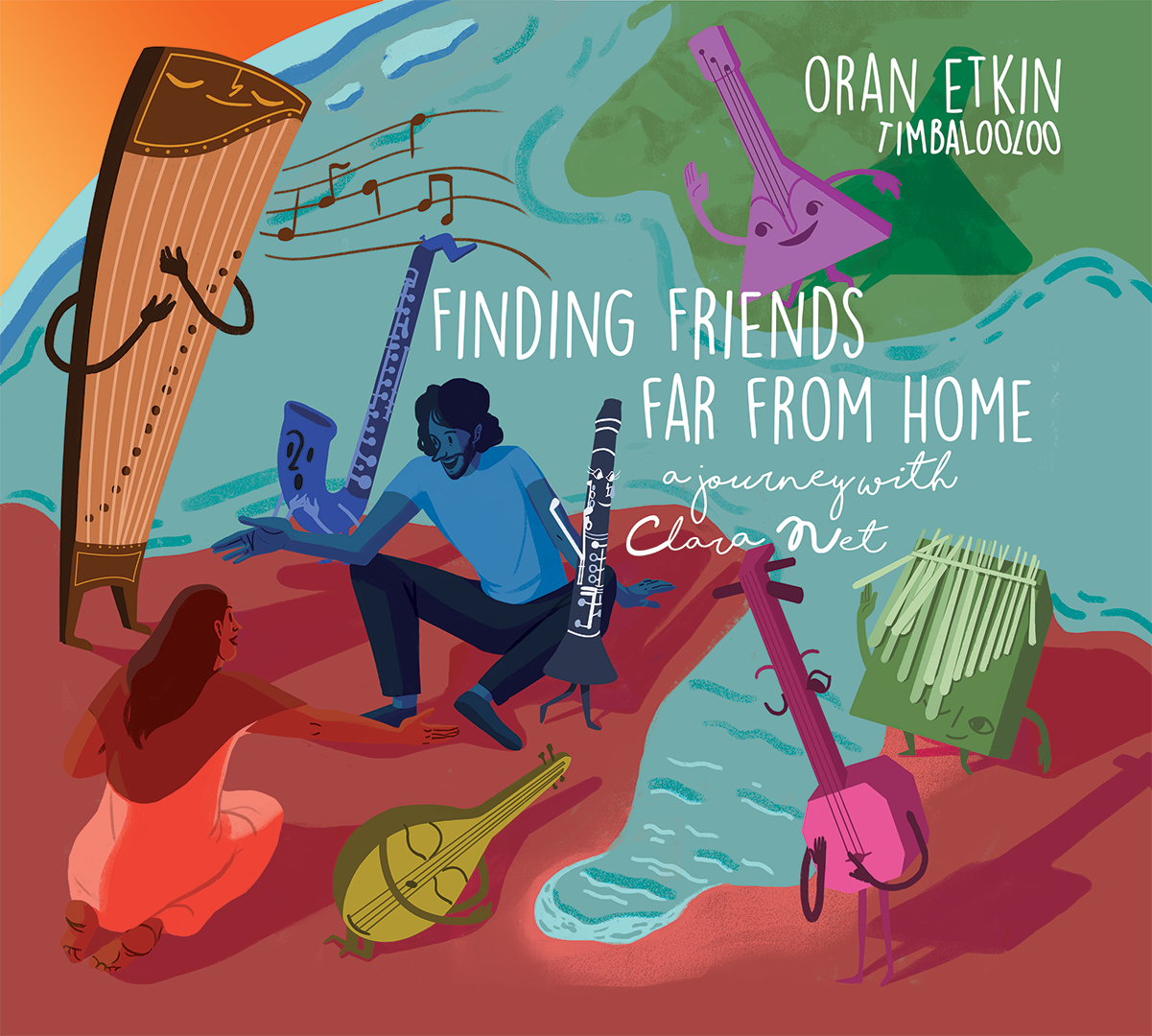 Oran Etkin, an internationally acclaimed jazz clarinetist and composer and founder of the Timbalooloo method of introducing young children to music, is proud to release Finding Friends Far from Home: A Journey with Clara Net. Recorded and filmed on location in Zimbabwe, Turkey, Czech Republic and China with veritable masters of each country’s traditional music, Finding Friends Far from Home is an ambitious audio-visual project born out of Etkin’s belief in creating deep musical connections across cultural boundaries.