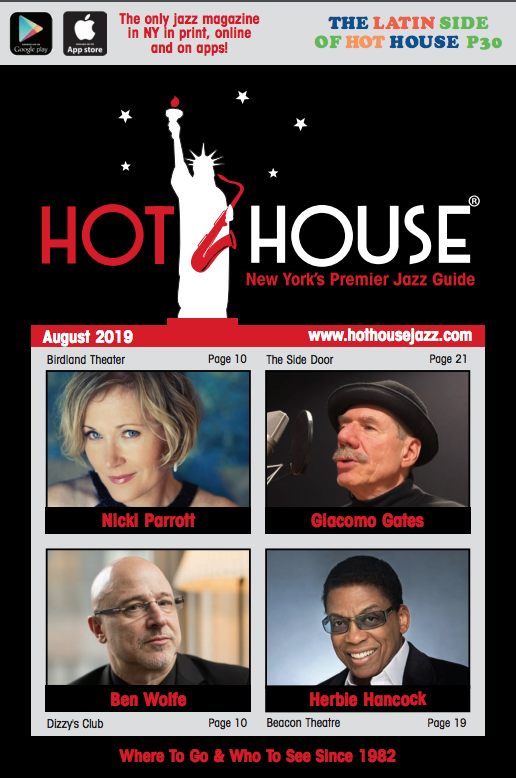 Ben Wolfe’s Fatherhood is the bassist’s musical eulogy to his father, Dan, who died last year. But it is in no way maudlin or a downer. Rather, it is a celebration, featuring a vibrant and changing cast of musicians on nine originals and one standard. Seven of the tunes feature a string quartet, which interacts with different versions of a jazz quintet on the two opening tracks, “Blind Seven” and “Gone Now.” The former features alto saxophonist Immanuel Wilkins and vibist Joel Ross, the latter Joel and tenor saxophonist Ruben Fox, whose husky solo recalls Paul Gonsalves.

Up next are three varied quintet tracks without strings in a hard-bop vein. Two feature trumpeter Giveton Gelin. The formidable tenor saxophonist JD Allen appears on another piece aptly titled “The Enforcer.”

Ben makes impressive, and impressively varied, use of the strings on the five pieces that conclude the album. The romantic lyricism of “It’s True” features Joel’s vibes. “First Things First” offers solos from Joel, Ben and, in his only appearance, trombonist Steve Davis. Check out the exotic shuffle and shifting tempos of “The Kora La” and cantering beat of “Edged.” Written by a bassist, Bob Haggart, “What’s New?” ends the recording elegiacally with vibes with rhythm and string quartets. Ben has unassumingly achieved an admirable feat with this offering, fully incorporating a string quartet into a jazz setting with admirable ease.

The Ben Wolfe Quintet celebrates the release of Fatherhood at Dizzy’s Club August 1-4.