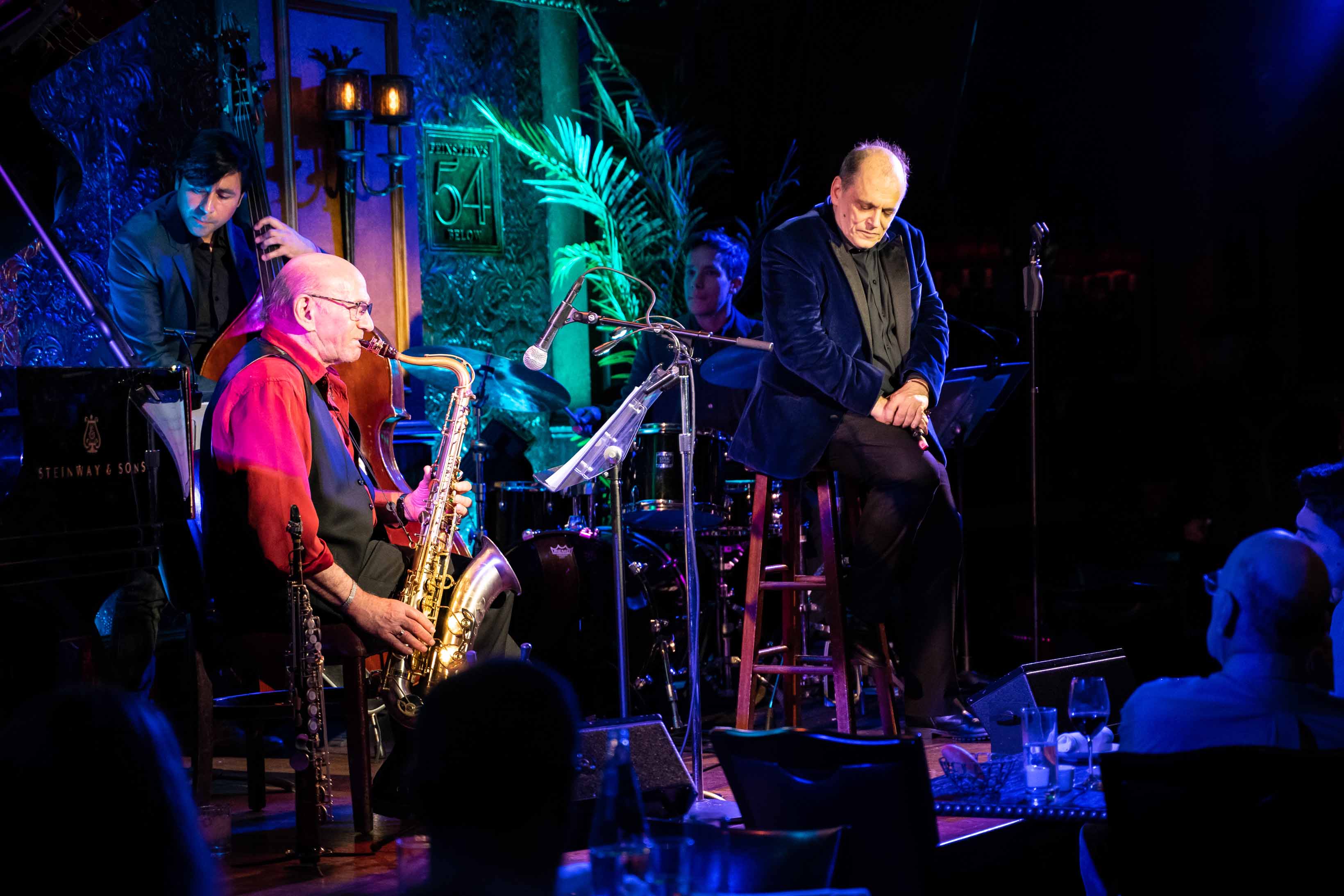 AT FEINSTEIN’S/,54 BELOW, BROADWAY’S SUPPER CLUB

FEINSTEIN’S/54 BELOW, Broadway’s Supper Club, presents critically jazz vocalist John Minnock on September 20, 2019 at 9:00 PM. For his second engagement at Feinstein’s/54 Below, the new-breed vocalist will present an encore presentation of the music from his 2018 release Right Around The Corner as well as fresh new renditions of jazz classics. In his energetic live show John presents jazz, blues and cabaret classics in a way that has never been heard before with the help of special guest, National Endowment for the Arts Jazz Master and Grammy nominee Dave Liebman on saxophone. John’s experiences as an openly gay man offers up a unique perspective that is at once eye-opening, touching and down right fun. Supported by a stellar rhythm section including pianist/arranger Enrique Hanenine (whose latest album The Mind’s Mural hit #1 on the NACC Radio Chart) bassist Carlos Mena and drummer Pablo Eluchans, John’s new “gay-ahead jazz album” is a groundbreaker as it explores LGBTQ subject-matter in a jazz setting.

John Minnock’s debut at Feintstein’s/54 Below in March was a rousing success. Broadwayworld.com said of his performance: “At 54 Below, Minnock’s outstanding technical ability, paired with evocative lyrics and superb showmanship proved that he is a dynamic musical force to be reckoned with in New York City.” For this encore performance, Minnock will present his fan-favorite hits as well as some new arrangements and songs. “I am so thrilled to be returning to 54 Below,” said Minnock, adding, “there is no room like it in New York City.” View the photo gallery from Minnock’s debut on Broadwayworld.com here!

On Right Around The Corner, John brings a much-needed, fresh perspective to the vocal jazz genre. In John’s own words: “In writing the original songs, it became clear ‘it had to be jazz”. This genre offers the flexibility to fully express yourself (as Madonna might say). At one point in writing, I had a specific question and I asked my pianist “can I do this..?” and he responded “you can do anything, it’s jazz”‘. Right Around The Corner has been well received by critics. “On this recording, Minnock shows us he can sing it all. He is clearly an artist who pushes the boundaries of music and art with his vocal instrument,” said Dee Dee McNeil of Musical Memoirs and All About Jazz says: “Right Around the Corner is a welcome addition to male jazz vocals, a subgenre in need of greater membership like this.”

Minnock’s first album, Every Day Blues, introduced his signature wit and candor as he explored the American songbook from the perspective as a gay man in today’s world. His long-running show of the same name, presented through the years at the Metropolitan Room, the Triad Theater and, most recently, Don’t Tell Mama, has been an audience favorite, attracting a diverse cast of attendees from inquisitive cabaret fans to serious jazz listeners. Right Around The Corner features a mix of material frequently performed at his live show (“Skylark”, “Moon River”, “I Love Being Here With You”, “You Don’t Know What Love Is”, “Do You Know What It Means to Miss New Orleans”) and impressive original compositions that tell stories of gay life that are seldom heard on the bandstand.