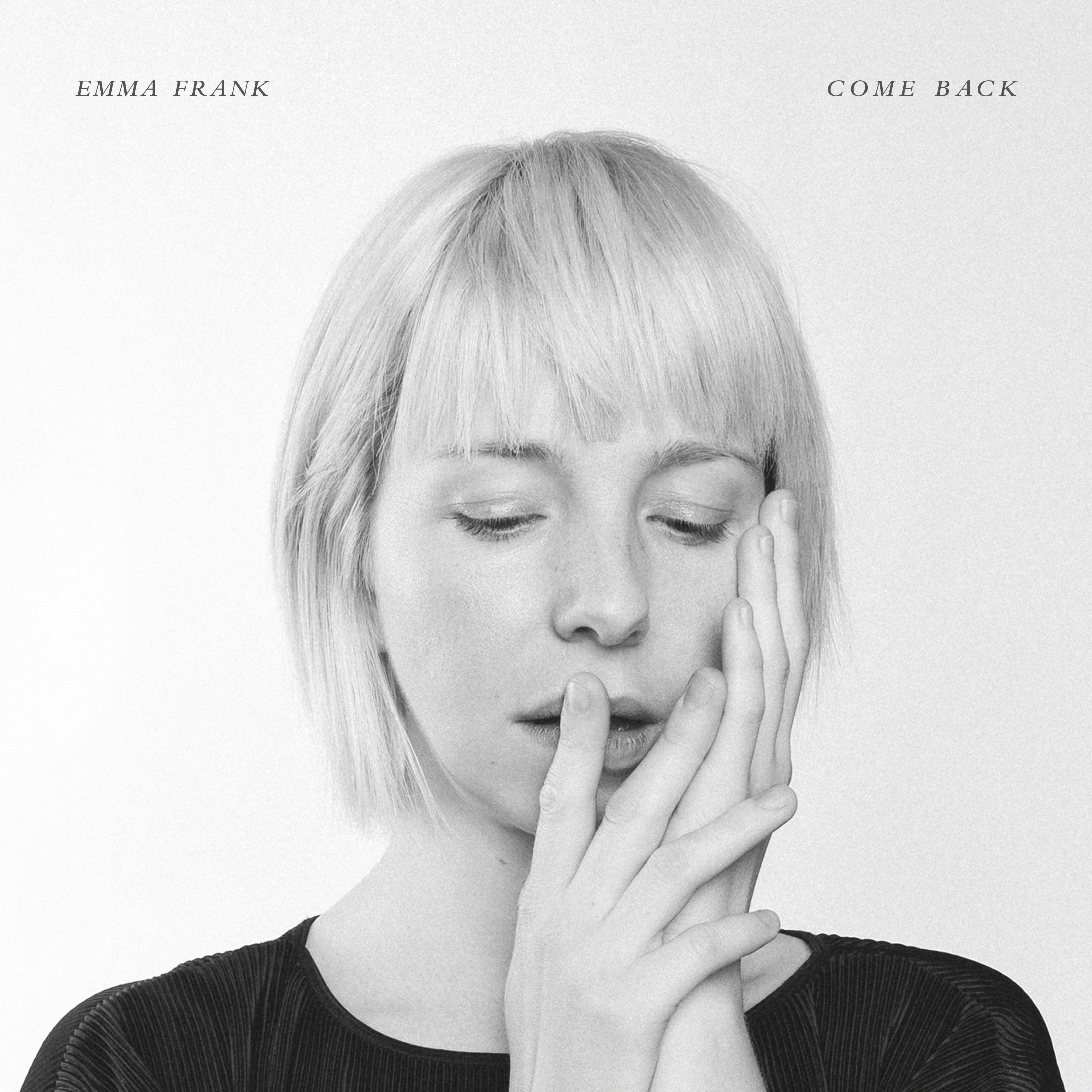 “Her honesty is heartwarming and pure… with an ease that is only achieved by Frank’s strong sense of melodic direction and open lyricism.” – Atwood Magazine

“Emma Frank, who reaches a sublime new plane of musicality… is an artist worthy of observation with serious ears.” – Ron Hart, Downbeat Magazine

Brooklyn-based singer-songwriter Emma Frank returns with a new album on September 6th entitled Come Back. On her debut for Justin Time, Frank intertwines folk, jazz and even r&b to create shifting tempos and winding melodies that are poignant, propelling and all-engulfing. The first single, “I Thought”, was released in April. The stunning video directed by visual artist Ayo Tsalithaba, can be viewed here. Frank’s gorgeously sparse cover of Wilco’s “Either Way” is the second single and can be heard here.

Come Back is Frank’s second collaboration with pianist Aaron Parks and serves as a follow up to last year’s critically acclaimed release Ocean Av (Susan Records). While Ocean Av, which was referred to as a “minor masterpiece” by Pop Matters’ Will Layman, featured a larger ensemble with diverse instrumentation, Come Back is decidedly more pared down with a focus on the interplay between Frank and Parks. Supporting the duo is bassist Zack Lober and drummer Tommy Crane and producer and guitarist Franky Rousseau.

Throughout Come Back, Emma explores ideas of love, lust, self-doubt, commitment and sadness to uncover the most intimate corners of her mind with her listeners. Emma’s songs are journeys of self-discovery, framed by insightful lyrics and her warm, gossamer voice that songwriter Leif Vollebekk described as “like leather on silk.” In addition to her Wilco cover, Frank presents seven gorgeous original songs and a stunning version with original lyrics of Parks’ composition “Lilac” (which first appeared on his latest album Little Big) renamed “Come Back” on this outing.

Emma Frank has been stunning listeners since her 2014 debut For Being Apart. In the past five years, she has garnered positive attention from the likes of Clash, Downbeat Magazine, the CBC, The Ottawa Citizen, WBGO’s The Checkout, Atwood, La Presse and Pop Matters, among others. Her genre-bending music has brought her to stages across the world including the Montreal Jazz Festival, the Toronto Jazz Festival, and most recently, a European tour that brought her to world-renowned venues in Paris, Vienna, Zurich and others. With the release of Come Back, Emma Frank is undoubtedly poised to capture the ears and hearts of more listeners across the globe.

Says Frank: “I hope that listening to this album makes people feel seen in all of their complexity and beauty. Life is tough. Music is soothing. In a sense, it’s that easy. I want this album to be a safe space for someone, or one space that they can go to feel their feelings and enjoy being alive.”