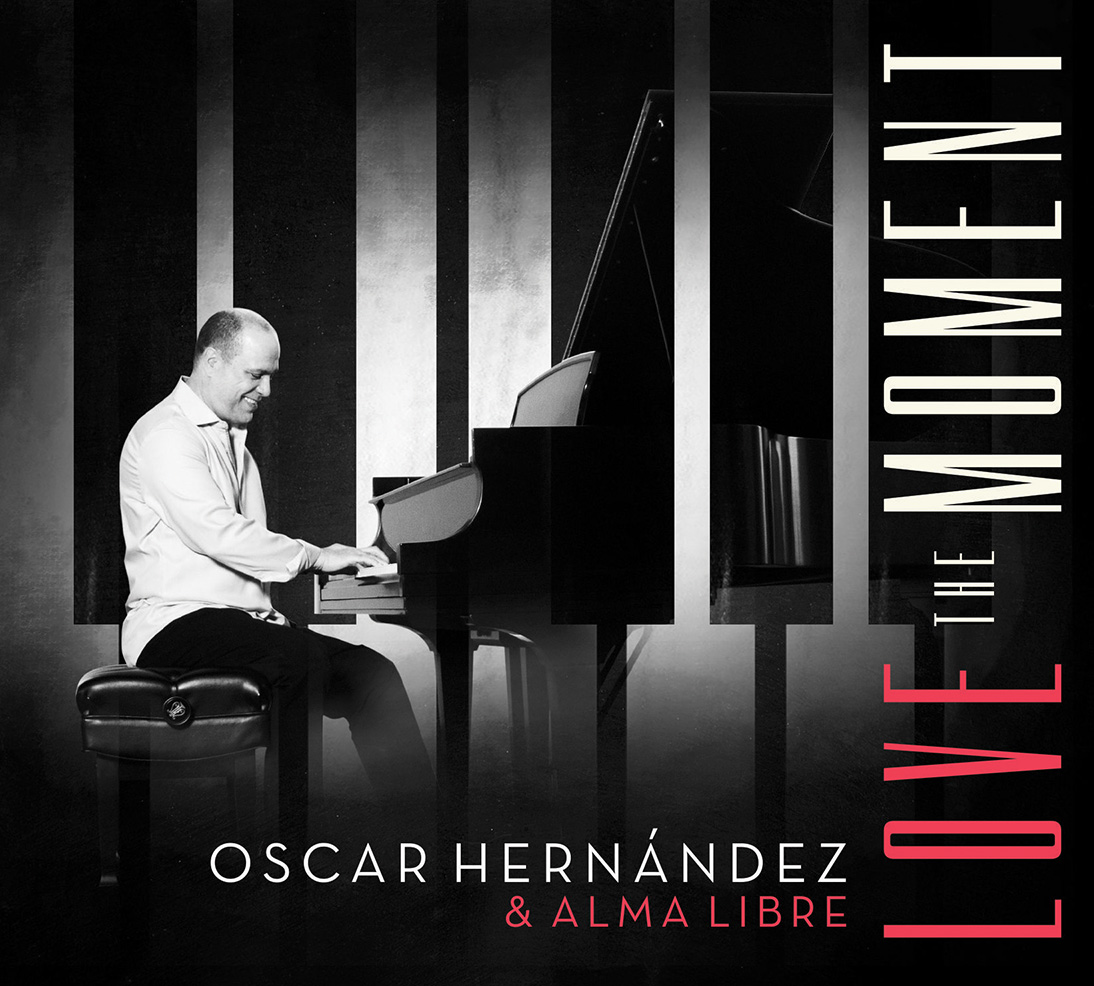 Pianist, composer and bandleader Oscar Hernández is proud to announce the August 16th release of his new album Love The Moment. On his sophomore release with Origin Records, the Latin music titan displays his prowess as a pianist and composer on ten new original compositions. Hernández will celebrate the release of Love the Moment at the Blue Whale on Sunday, September 15 in Los Angeles and at Dizzy’s Club at Jazz at Lincoln Center on Sunday, October 13th in New York City.

Love the Moment presents Hernández in an intimate Latin jazz setting – a stark contrast from the 3x GRAMMY®-winning all star salsa band he is presently known for and leads, Spanish Harlem Orchestra. On this dynamic new venture, the pianist is given room to truly shine and showcase his vast musical chops. Love The Moment serves as a follow up to Hernández’s celebrated 2017 release The Art of Latin Jazz, which was referred to as “assertive and impressively varied work in tonal colour and drama” by Latin Jazz Network’s Raul da Gama.

Like it’s predecessor, Love The Moment presents a masterclass in Latin jazz, led by one of the genre’s most important figures. Oscar Hernández’s storied career dates back to the 1970’s when he began performing and recording with original salsa legends such as Ismael Miranda, Celia Cruz, Pete “El Conde” Rodriguez, Conjunto Libre and Grupo Folkorico. Hernández spent six years playing with Ray Barreto and appeared on five of his recordings including the seminal Rican/Struction. Hernández then went on to join Ruben Blades’ Seis Del Solar band and eventually became his Musical Director, charting the musical course for the salsa legend. Hernández soon became the Musical Director for Paul Simon as well as the orchestrator and arranger for Gloria Estefan.

Hernández cemented his legacy in with the formation of Spanish Harlem Orchestra, the 13-piece all star salsa big band he’s helmed since 2005. The 3x GRAMMY®-award winning ensemble is now in its 16th year and is considered one of the worlds’ premier salsa groups. Grounded in the past, but with a focused eye on the future, Spanish Harlem Orchestra continues to play an integral role in ensuring salsa dura (“hard salsa”) is not just alive, but a thriving musical force. Their most recent release, Anniversary (Artist Share), received the GRAMMY®-Award for Best Tropical Latin Album. Hernández has been hard at work preparing their Latin-jazz tinged seventh release, due out in 2020.

With the scaled down ensemble on Love The Moment, Oscar Hernández demonstrates why he is one of the most important voices in Latin music. Joining Hernández is his consummate group Alma Libre which features Justo Almario on saxophone and flute, Oskar Cartaya on bass, Jimmy Branly on drums, and Christian Moraga on percussion. Trumpeter Gilbert Castellanos appears on three tracks and violinist Dayren Santamaria makes a guest appearance on one.