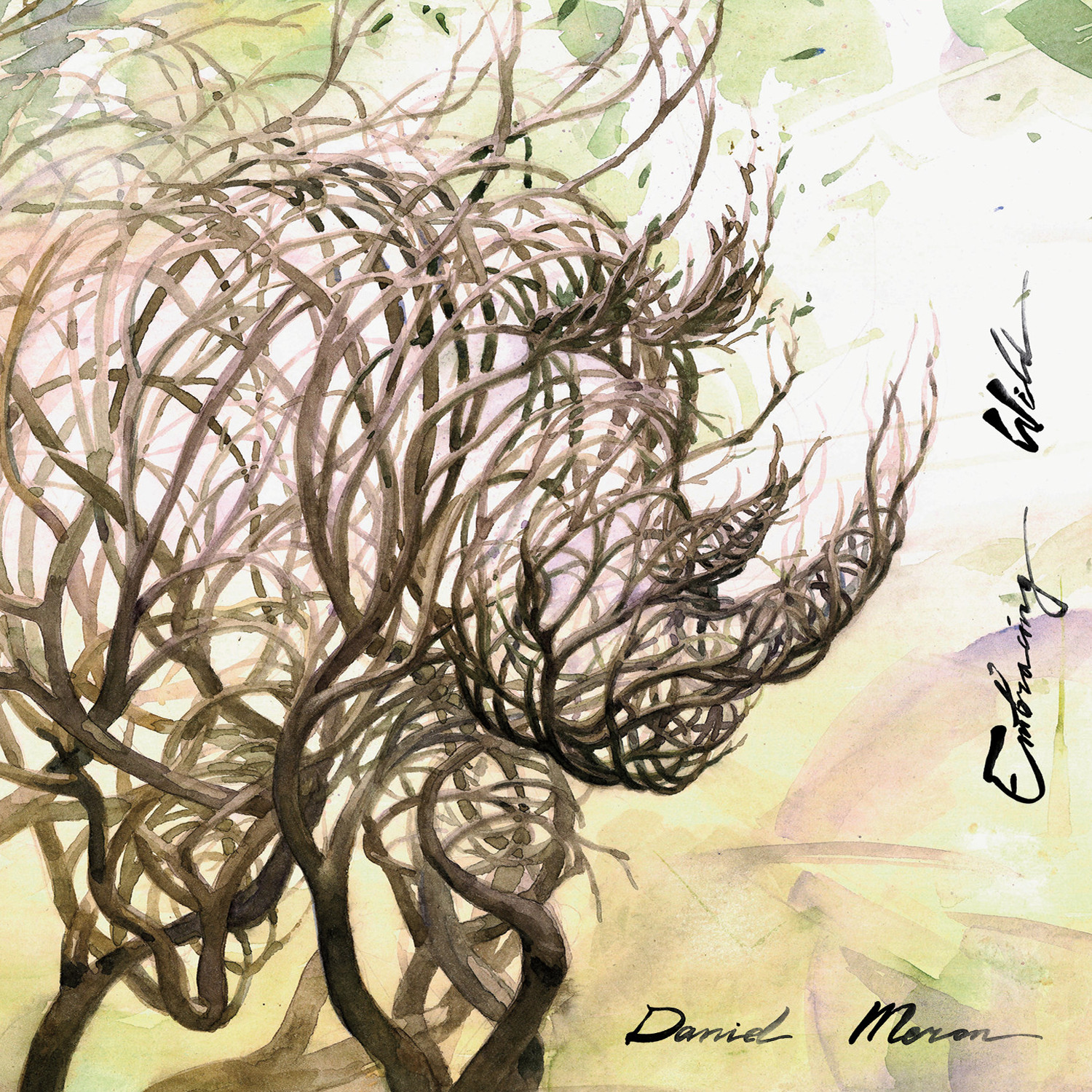 Israeli born, NYC-based pianist and composer Daniel Meron is proud to announce the August 2nd release of his upcoming album “Embracing Wild” on Rabbit Rabbit Rabbit Records.  On his fourth record as a band leader, Meron exposes a clear musical identity, a sound that is both adventurous and intimate. Returning to his favorite band setting, Daniel Meron delivers a mature and concise message on Embracing Wild, one that is fueled by spontaneity and playfulness.  The album features drummer Felix Lecaros (Chile), bassist Pablo Menares (Chile), and vocalist Kéren-Or Tayar (US/Israel).  Together, these artists deliver wonderfully impactful performances of Meron’s unique compositions which tie together themes, rhythms and other musical elements from an array of countries, regions and cultures.

Upon listening to Embracing Wild, one notices the celebration of global influences that graces each track on the album.  Pulsating rhythms of North Africa, the Middle East and Central America are interwoven with expressive melodies, and lyrics both in English and Hebrew.  Meron remarks “The last few years brought a lot of introspection as well as traveling around the world. I got so inspired by realizing that no matter how different people may seem, it’s always possible to find common language, and for me that is usually when magic and music happens. It also made me believe that with a little attention we can find a way to connect with anyone and care for everyone.”  Embracing Wild serves to explore that very connection.

“Darkness and Light”, features vocalist Kéren singing in Hebrew.  “I was stuck with the lyrics for a while and almost gave up on recording this tune,” the composer stated “ when my wife suggested I try writing in Hebrew instead of English. The moment I opened my mind to the idea the song came out, making me realize how strongly the essence of my mother tongue is still ingrained in me.”  Beginning with a repeated bass ostinato from Menares, Kéren’s voice lilts gently over the warm, sultry familiar sound of a fender rhodes played with Meron’s expert touch. The result is a piece dedicated to the desire to quiet the mind and enjoy the natural progression of life. The intent of the track seems to transcend language, as it is beautifully portrayed by the energy of the performance, and easily understood by even those not fluent in Hebrew.

The album’s title track “Embracing Wild” opens with a lyrical melody that is simmering over a North African beat, only to be countered by a contrasting and grim classical theme. The hopeful melody eventually prevails, sending Meron into a dynamic solo.  This musical juxtaposition outlines a central theme of the album– the duality that exists in everyday life. Lyrically, the album partakes in a discussion between various counterparts, such as the dream-state versus reality, the spirit versus the material, nature versus humankind, and darkness versus light.  In understanding and celebrating these contrasting elements, both musically and lyrically, Meron taps into something both deeply spiritual and deeply human.

The record concludes with two trio tracks, “Jolly Beggar” which demonstrates Meron’s stunning facility soloing in a swing context as well, and the driving-clave of afro-cuban-esque “Limonada.”  These tunes offer a dynamic new sound to the classic piano trio context, coupling Meron’s deep knowledge and appreciation of tradition with his desire to push the music into new dimensions. The composer ends the album with these two tracks in hopes that they enhance the feeling of a universal soul, a reminder that desire, love, longing and joy are sentiments shared by all beings, no matter their origin.

By inviting the listener into his personal world of experiences and emotions, Daniel Meron awakens their own deepest desires and most sincere feelings with his music. A skillful improviser, Meron finds a way to feature his unique playing style in brilliant compositions that are both sophisticated and lyrical, rich with influences from jazz, his homeland of Israel, and other folk traditions.

Growing up in Israel, Daniel started learning piano at the age of eight, gradually shifting his focus from classical music to pop, blues, and eventually jazz. Meron served as a chief musical director in the Israeli Army Performance Troupes, and later received a scholarship to study at the Rimon School of Jazz. During that time Daniel performed at renowned Israeli venues such as the Levontin 7, Shablul Jazz, Givataim Theater, as well as on national television. He was a finalist in the Rimon Jazz Competition, and participated in the Costa Rica Jazz Festival. In 2007 Daniel moved to the US to begin his studies at Berklee College of Music. He was the winner of multiple scholarships and awards, and studied with masters such as Danilo Perez, Hal Crook and Joe Lovano. During this time, Meron led his own group in performances in Boston and Israel, and was a finalist at the Jacksonville Jazz Piano Competition. Along with his activities as composer, arranger and bandleader, Daniel continues to perform as a sideman in multiple bands such as Zoo Berries, Rubycon, and the Arnan Raz Quintet.